Baylor career expert: ‘Most of the mistakes I observe come from the candidate side’ 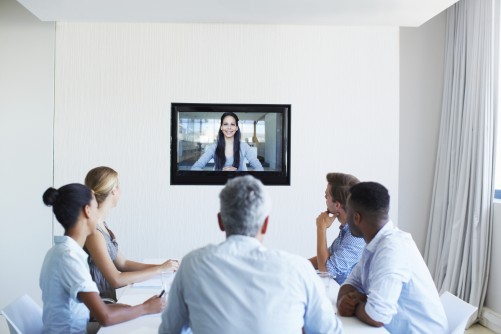 For current or future job seekers who don’t enjoy being “on camera,” it’s time to move past that insecurity. There’s high probability that your initial interview will take place online.

Newswise — WACO, Texas (March 23, 2016) – For current or future job seekers who don’t enjoy being “on camera,” it’s time to move past that insecurity. There’s high probability that your initial interview will take place online.

Kevin Nall, director of operations in Baylor University’s office of career and professional development, said there has been a shift in human resource departments throughout the nation to forgo face-to-face interviews in lieu of online interviews. Online interviews, he said, tend to require fewer logistics and are more cost-effective.

“When you don’t have to pay mileage or airfare to bring candidates in, it is much easier on the recruiting budget,” he said. “In addition, it can also speed up the hiring process. In my case, if I am interviewing a candidate who has to fly in for the interview, I have to give our human resources department three weeks’ notice to secure the best airfare unless I want to pay a premium to get them here sooner. With the video interview, I can arrange an initial interview within 24 hours.”

Baylor University’s career center has installed special hardware and software to accommodate a significant increase in requests from student job seekers who have scheduled online and video interviews. And while the technology provides hiring companies with logistical ease and doesn’t bust the hiring company’s budget, Nall said job candidates need to take the process seriously and avoid common pitfalls.

“Most of the mistakes I observe come from the candidate side,” he said, offering the following tips:

1. Treat the online interview as if it’s a face-to-face interview.

“The research and preparation for the question-and-answer portion should be exactly the same,” Nall said.

2. Know and test your technology – specifically, your connection.

“Our HR group does a great job of preparing the candidates technically by testing the equipment in advance, but you still have candidates who don’t take something as small as a microphone into account so we have trouble hearing them,” Nall said.

In most cases, Nall advises an Ethernet connection to the network versus a wireless connection.

“On a wireless network, you tend to have more buffering between questions and answers, and signal reliability can be an issue. It becomes incredibly frustrating when the interviewer and candidate are talking over one another. We’ve all seen news interviews via video where the reporter asks a question and the interviewee sits and stares at the screen for a number of seconds before answering. You don’t want that in a job interview,” he said.

“I think it is incredibly important for candidates to find a place they know will be quiet for the interview, both inside the room as well as away from outside noise,” Nall said, adding that he’s seen candidates who fail to consider the appropriateness of the items hanging on the walls behind them or fail to simply tidy the room.

“We’ve had Baywatch posters, dirty clothes baskets, cleaning supplies and even a garbage truck emptying a commercial trash Dumpster in the background,” he said. “This can hurt the candidate’s credibility. “

4. Make sure the camera is at eye level.

“Many candidates fail to elevate their laptop or desktop computer and end up leaning down to the camera,” Nall said. “We spend the entire interview looking up the candidate’s nose. Not the best impression. Also, do not sit too close to the camera. That is equally disturbing because we end up seeing nothing but face in an extreme close-up.”

5. Look at the camera, not the screen.

If you haven’t practiced a video interview before, it can be confusing where to look, Nall said.

“Depending on how the interviewer has set up the view, you will typically see the interviewers in the main screen and a smaller picture of yourself in the corner. We tend to find that confuses some candidates. It almost looks as if they are watching a tennis match. They are unsure of where they should be looking, the screen…the camera…the screen…the camera, and on and on. Make it simple on yourself and just look into the camera and treat it as if it is the interviewer. It’ll make you look much more appealing and keep you from straining your neck!” 6. Conduct a practice interview.

“Skype with a friend and have them ask you questions as if you are conducting an interview,” Nall said. “On campus, we use an interviewing software known as InterviewStream, which allows students to conduct a mock interview and record it. They can then go back and analyze their performance to see what they need to adjust in order to make a good impression.”

“Dress should be professional just as if you were interviewing in person. As an example, I suggest men wear a full suit and tie,” Nall said. “That could be flexible depending on the industry you are interviewing with. High-tech companies in the Bay Area are likely to have different standards than an investment bank in New York. Try to find out from the person arranging your interview what the expectation is regarding dress. If you can’t get that information, my advice is to err on the side of caution and go with the coat and tie.”

Education Local - Texas In the Workplace