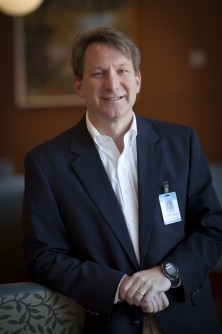 Newswise — The Association of American Cancer Institutes congratulates cancer center leader Norman “Ned” Sharpless, MD, on his appointment as the next director of the National Cancer Institute.

Dr. Sharpless is director of the University of North Carolina Lineberger Comprehensive Cancer Center, one of 97 AACI member cancer centers in the U.S. and Canada. He currently serves on AACI’s Board of Directors.

On June 9 the White House announced President Donald Trump’s intention to appoint Dr. Sharpless as the next NCI director. He will replace Douglas Lowy, MD, who has served as acting director since Harold Varmus, MD, stepped down in 2015. Dr. Varmus is the former president of Memorial Sloan Kettering Cancer Center, also an AACI member. AACI appreciates the skillful leadership provided by Dr. Lowy during his tenure as acting director.

“Ned is an accomplished physician-scientist and a strong advocate for cancer research both basic and translational, and is respected by his colleagues,” said AACI President Stanton L. Gerson, MD, director of the Case Comprehensive Cancer Center, Asa and Patricia Shiverick-Jane Shiverick (Tripp) Professor of hematological oncology, and director of University Hospitals Seidman Cancer Center. “As a fellow leader of an NCI-designated cancer center, I congratulate Ned on his appointment and look forward to his guidance at the national level.”

Dr. Sharpless became director of UNC Lineberger on January 1, 2014, and is a Wellcome Distinguished Professor in Cancer Research at the University of North Carolina School of Medicine. A practicing oncologist caring for patients with leukemia, Dr. Sharpless also leads a research group studying the cell cycle and its role in cancer and aging. He has authored more than 150 original scientific papers, reviews and book chapters. He holds 10 patents that form the core intellectual property of two North Carolina-based biotechnology startup companies.

“As a cancer center director and an active member of AACI's Board of Directors, Dr. Sharpless has made important contributions to the advancement of cancer research, in both the scientific and policy realms,” said AACI Executive Director Barbara Duffy Stewart, MPH. “The cancer community will be well-served by his considerable experience and expertise.”

AACI’s membership includes 67 cancer centers that have received designation from the NCI in recognition of their scientific leadership, resources, and the depth and breadth of their research in basic, clinical, and/or population science.

A key element of AACI’s mission is to assist cancer centers in keeping pace with the changing landscape in science, technology, and health care. AACI does this by gathering and sharing best practices among cancer centers, providing a forum for its members to address common challenges and explore new opportunities, supporting initiatives that engage the membership in developing specific recommendations to NCI, and educating policy makers about the important role cancer centers play in advancing cancer discovery.

The Association of American Cancer Institutes (AACI) comprises 97 premier academic and freestanding cancer research centers in the U.S. and Canada. AACI is dedicated to reducing the burden of cancer by enhancing the impact of the leading academic cancer centers.