Should Canada’s health insurance system be a model for the United States? 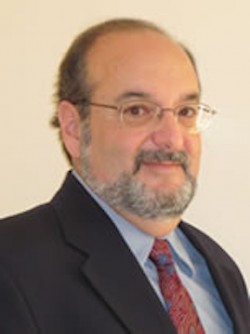 Should Canada’s health insurance system be a model for the United States?

Most rich democracies provide citizens universal coverage for medical services—but not in the United States, where tens of millions of people remain without health insurance and costs far exceed spending in any other country.

Many advocates have argued the U.S. should emulate Canada's “Medicare-for-all” or “single-payer” system, especially given the many similarities between the two countries. Yet few nations other than Canada have systems in which governments serve as the primary insurer for citizens; in many, governments structure a system of private non-profit insurance.

Joe White, the Luxenberg Family Professor of Public Policy at Case Western Reserve University, discusses Canada's experience and its relevance to the U.S. in a new article published in JAMA Internal Medicine. White is available for commentary and media requests by contacting Daniel Robison at daniel.robison@case.edu.

White was invited to comment on a research article in the same issue by Canadian health-care scholars, which identified ways that Canada's system could be improved. White addresses these issues, their direct lessons for the U.S. and explores the question: Do Canada's imperfections show that the Medicare-for-all approach would not work in the U.S.?

Note: Interviews can be arranged at an on-campus television studio (transmission via VYVX HD loop), by digital tape sync for audio, in-person or by phone.

White is the author of Competing Solutions: American Health Care Proposals and International Experience (Brookings Institution, 1995) and many research articles comparing the United States health care system to other countries. He notes that both he and the Canadian authors agree that Canada's track record over the past half century is better than America's in many ways, especially access to and cost of care. This is especially important because the systems were very similar until the 1960’s.

Yet the Canadian system is not perfect. For instance, while Canada has universal coverage for medically necessary physician and hospital services, pharmaceutical benefits work through a mix of employer-sponsored insurance and special programs for the poor and the elderly, much like in the U.S.

Canada's system is more fiscally constrained than the systems in other countries that, unlike Canada, have special tax or social insurance revenue dedicated to health care.

Canadian health care financing is also caught in conflict between the national and provincial governments. These weaknesses, however, are not related to the single-payer approach.

The Canadian authors worry that Canada has not gone far in implementing electronic health records, pay-for-performance systems and other measures widely touted as ways to improve efficiency. Based on his own research, White explains that this does not seem a serious flaw, since there is little evidence that these measures match the promises.

His bottom line is that “Americans should neither reject nor accept some version of Canada’s so-called Medicare-for-all or single-payer system separate from much broader decisions about financing, benefits, and the roles of the national and state governments."

White spent the first half of 2018 on sabbatical from Case Western Reserve, teaching at Institut d'Etudes Politique in Lyon, France, and as a visiting scholar at the Erasmus University School of Health Policy and Management in the Netherlands.