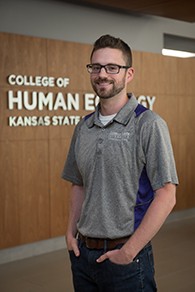 Stuart Heckman, a Kansas State University financial planning professor, says there are times when it's wise to take on or kept debt if it's done in a smart way.

Newswise — MANHATTAN, Kan. — Household debt has reached an all-time high in the U.S. according to the Federal Reserve Bank of New York, but a financial planner at Kansas State University said debt isn't always bad.

Stuart Heckman, assistant professor at the university's Institute of Personal Financial Planning in the College of Human Ecology's School of Family Studies and Human Services, said there are times when debt can be a useful tool if it's used in a smart way.

"It can be a good idea to borrow for purchases that are expected to provide substantial benefit in the long run," Heckman said. "Sometimes, instead of trying to pay certain debts off quickly, it can be more advantageous to make required payments and use your money in other ways."

Positive reasons to go into debt may include education and housing. Reasons to pay off debt slowly include low interest rates, tax benefits and building up an emergency savings fund, Heckman said.

Some people fear student loans without knowing how much the monthly payments will be or how long it will take to pay them off with their expected earnings, Heckman said. Working 40 hours a week while taking a full-time class schedule might appear to be a smart alternative, but this way of paying for college can eventually be more expensive, he said.

"If a student is unable to devote the time it takes to do well in the course and then has to retake it, that raises the question of whether avoiding student loan debt was worth it," Heckman said. "Retaking courses becomes way more expensive than it would have been to just borrow money and pay for the course."

Homes can be a good reason to go into debt because they provide benefit for a longer time than it takes to pay it off, and many real estate properties grow in value over time, Heckman said. As with any debt, individuals need to be careful in deciding how much to borrow, he said.

If any purchase requires taking on debt, many people assume it is best to pay off the debt as fast as possible, but Heckman said this isn't always the case.

"Sometimes, debt holding can make some sense, especially when borrowing is cheap," Heckman said. "Interest rates have been low lately, so it doesn't always make sense to pay down a mortgage more quickly, especially since mortgage interest is tax deductible."

For example, if a homeowner's mortgage has a 3 percent interest rate and he or she has enough money to pay down the loan, it is not automatically smartest to pay it off immediately, Heckman said. Instead of paying off the loan faster, the homeowner could invest that money in something that might earn more than 3 percent, such as a diversified investment portfolio.

It also is valuable to keep debt if the other option would be to liquidate savings because everyone should have an emergency fund, Heckman said. This fund, ideally with two to six months of expenses saved, can come in handy when an unexpected expense arises or a source of income unexpectedly ends.

"As a simple rule, if you don't have a well-established emergency fund, that's a bigger priority than extra debt payments," Heckman said. "People might rush to pay off debt, but it doesn't make sense to totally liquidate all cash on hand because if something happens, the person often needs a new line of credit, which can negatively affect their credit score. It's smarter to meet required debt payments while building savings at the same time."

Heckman has authored or co-authored more than 20 personal finance studies that are published in peer-reviewed journals, conference proceedings and other publications, and he has worked outside academia at financial planning firms for more than a decade.

Economics In the Home In the Workplace Local - Kansas