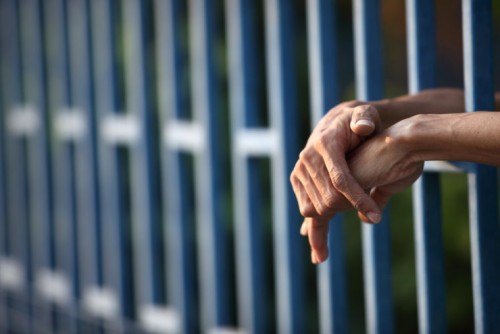 Newswise — The United States is the world’s leader in incarceration, spending $52 billion a year on correctional supervision and another $948 billion in related social costs.

What can be done to shrink the prison system?

New guideposts developed by an expert on prison reform at Washington University in St. Louis suggest that smart decarceration of America’s prisons is the answer.

A smart decarceration strategy will dramatically reduce the number of people who are imprisoned and enable the nation to embrace a more effective and just approach to public safety, argued Carrie Pettus-Davis of the Brown School.

“As the era of mass incarceration appears to be coming to an end, promoting smart decaraceration in the United States requires deliberate action,” said Pettus-Davis, assistant professor and director of the Institute for Advancing Justice Research and Innovation.

Pettus-Davis is co-author of “Guideposts for the Era of Smart Decarceration: Smart Decarceration Strategies for Practitioners, Advocates, Reformers, and Researchers,” along with Matthew Epperson of the University of Chicago and Annie Grier, project manager at the Brown School’s Center for Social Development.

The three lead the Smart Decarceration Initiative, a partnership between the Brown School, the University of Chicago and the Center for Social Development.

“We developed this report for wide public distribution because we knew that the exponential increase in those interested in criminal justice reforms needed to be paired with guideposts upon which people can draw,” Pettus-Davis said. “We formed these guideposts by conducting a national study of perspectives from experts in criminal justice and decarcerative reforms.”

The report offers actionable and concrete strategies to be used by reformers, researchers, policymakers and practitioners to accelerate evidence-driven change, she said.

Smart decarceration will only be achieved when three simultaneous goals are accomplished, Pettus-Davis said.

Those are: to substantially reduce the incarcerated population in jails and prisons; to redress race, economic and behavioral health disparities of those involved in the criminal justice system; and to maximize public well-being and public safety.

“This report compiles the current thinking of leaders at a time in which the United States is on the cusp of smart decarceration,” Pettus-Davis said. “Implementing components of these guideposts into meaningful action will require the commitment and engagement of state and local officials, community-based providers and organizations, scholars committed to applied research, and advocates and formerly incarcerated leaders.”