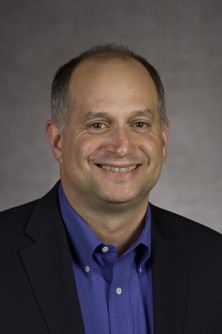 Andy Clark, director of Sports Management Programs at DePaul's Driehaus College of Business, looks at some of the positive aspects of the Olympics.

Newswise — Soaring costs, pollution, crime and the Zika virus in Rio de Janeiro has caused a rocky start for the 2016 Summer Olympics. But, is the 2016 Games doomed or is there hope for athletes and spectators?

"Despite much negativity surrounding every aspect of these Summer Olympics -- with most of the criticism being well deserved -- the Olympics still occupy a unique space in the world," said DePaul University sports management and marketing expert Andy Clark.

"In an increasingly contentious environment, athletes have come together from more than 200 countries to compete, live together, represent their country and ultimately challenge themselves," said Clark, director of Sports Management Programs at DePaul's Driehaus College of Business. "However, with the exception of the most high profile athletes, most Olympians do not profit from their participation."

How would Chicago have faired if it won the bid to host the Olympics?

"The hosting of the Games is also at a crossroads where the cost of staging a Summer or Winter Olympics has become cost-prohibitive for democratically governed countries. There has also been a lot written about how Chicago was actually fortunate not to 'win' the 2016 Summer Olympics. There is a lot of merit to that, but at the same time the Chicago bid was technically very strong utilizing existing venues and infrastructure that was positioned to put on an excellent Games from both a cost and functional perspective," said Clark, who is also an expert in the business of sports.

To contact Clark visit his expert bio at http://depaulne.ws/clark_info.