St. Jude is one of 15 recipients honored for supporting military personnel 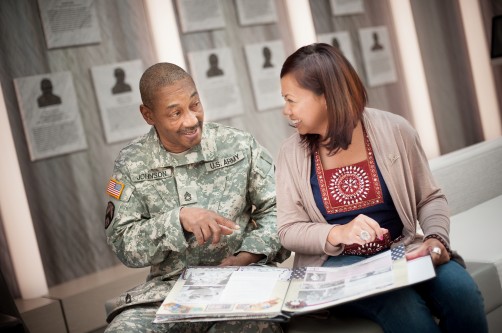 Newswise — (MEMPHIS, TENN. – July 28, 2014) St. Jude Children’s Research Hospital has been named one of 15 recipients of the Secretary of Defense Employer Support Freedom Award from the Employer Support of the Guard and Reserve (ESGR) of the Department of Defense. The award is the highest honor given by the U.S. government to employers for their exceptional support of employees who serve in the National Guard and Reserve.

“We deeply appreciate our employees who serve in the military for their contributions to the St. Jude mission and to our country,” said James R. Downing, M.D., St. Jude president and chief executive officer. “We are honored to receive this recognition and gratified to know that our employees appreciate our support of them and their families during times of deployment.”

In April, the ESGR named 30 award finalists, which were selected from 2,864 U.S. corporations that were nominated by their employees who serve in the guard or reserve, or their family members. Senior Department of Defense officials, business leaders and prior awardees then selected the top recipients.

To assist its military employees, St. Jude created in 2010 a Military Support Resource Group. The internal group hosts events for veterans, active-duty military personnel, reservists and those who have immediate family members in the military. It also provides family-member assistance, recognizes and celebrates achievements within the group, and organizes calls with employees and family members of those who are deployed.

In 2012, the hospital unveiled the Military Tribute Wall, which recognizes hospital employees who are current service members and veterans. The wall features military awards and highlights military-related events. St. Jude also recruits veterans, guardsmen and reservists for employment through hiring events and the Department of Defense’s Hero2Hired program.

In recent years, the hospital has been recognized by ESGR for its support of military employees including the Patriotic Employer Award, the Pro Patria award and the Above and Beyond Award. The 2014 recipients will be honored at the 19th annual Secretary of Defense Employer Support Freedom Award ceremony in the Pentagon in September.

In 1996, the Secretary of Defense Employer Support Freedom Award was instituted under the auspices of the National Committee for Employer Support of the Guard and Reserve (ESGR). In 1972, the ESGR was established as a Department of Defense agency. Its mission is to gain and maintain employer support for guard and reserve service.

St. Jude Children’s Research HospitalSt. Jude Children’s Research Hospital is leading the way the world understands, treats and cures childhood cancer and other life-threatening diseases. It is the only National Cancer Institute-designated Comprehensive Cancer Center devoted solely to children. Treatments developed at St. Jude have helped push the overall childhood cancer survival rate from 20 percent to 80 percent since the hospital opened more than 50 years ago. St. Jude is working to increase the overall survival rate for childhood cancer to 90 percent in the next decade. St. Jude freely shares the breakthroughs it makes, and every child saved at St. Jude means doctors and scientists worldwide can use that knowledge to save thousands more children. Families never receive a bill from St. Jude for treatment, travel, housing and food—because all a family should worry about is helping their child live. To learn more, visit www.stjude.org or follow St. Jude at @stjuderesearch.