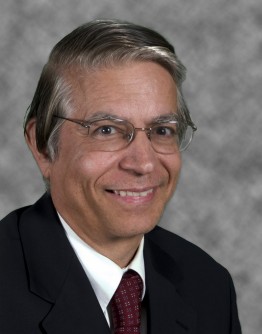 Dr. Bartly Mondino, director of the Stein Eye Institute and chair of ophthalmology at the David Geffen School of Medicine at UCLA. 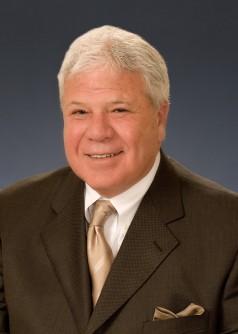 Ed Landry, chair of the Doheny Eye Institute board of directors.

Newswise — Two of the nation’s top eye institutes have united in an affiliation that will improve patients’ access to leading vision specialists.

UCLA’s Stein Eye Institute and the Doheny Eye Institute — both created by families whose legacies helped shape Los Angeles — have joined forces to offer the best in patient care, vision research and training for future eye specialists. The affiliation adds 14 clinicians and researchers from Doheny, formerly associated with the University of Southern California, to the ophthalmology faculty at the David Geffen School of Medicine at UCLA.

“The Stein–Doheny affiliation is a beautiful fit,” said Dr. Bartly Mondino, director of the Stein Eye Institute and chair of ophthalmology at the David Geffen School of Medicine at UCLA. “We share similar missions and have a long history of collaboration. This partnership expands UCLA’s footprint tremendously by providing patients with greater access to the top doctors in cornea, retina, glaucoma, neuroophthalmology and oculoplastics.”

Each organization will preserve its identity while combining clinical and teaching operations. Both institutes have earned international recognition for the quality of their patient care and research. U.S. News and World Report’s 2015 “Best Hospitals” survey ranked the combined Stein Eye and Doheny Eye Institutes as the No. 5 center for ophthalmology based on feedback from specialists in the field.

“Since our establishment in 1947, the Doheny Eye Institute has worked to become the premier vision research and education eye institute in the world through the discovery of new knowledge, innovative eye-care therapies and the education of the leaders of ophthalmology and vision science,” said Ed Landry, chair of the Doheny Eye Institute board of directors. “UCLA and the Stein Eye Institute share our values and high standards for education, patient care and research. We expect that the combination of our two leading programs will result in even greater recognition and accomplishments.”

“We are honored to work with the Doheny Eye Institute to improve patient care throughout Southern California, while simultaneously extending the Stein Eye Institute’s research and educational outreach, which hold immense value for the nation and world,” said Dr. David Feinberg, president of the UCLA Health System, CEO of the UCLA Hospital System and associate vice chancellor of the Geffen School of Medicine. “We appreciate this rare and unique opportunity to strengthen relationships with our distinguished colleagues at Doheny, many of whom have long collaborated with us in serving the Los Angeles community.”

Jules Stein was a successful ophthalmologist whose profound love of music led him to found Music Corporation of America in 1924. When MCA moved to Hollywood in 1937, Stein began signing stars like Jack Benny, Bette Davis and Frank Sinatra. In 1962, MCA took over Universal Pictures and became a billion-dollar powerhouse in film and television production. Stein and his wife, Doris, founded the Research to Prevent Blindness in 1960, which led to the building of five eye research centers nationwide, including the Jules Stein Eye Institute at UCLA in 1966. Also instrumental in establishing the National Eye Institute, Stein channeled more than $19 million into eye research and told friends, ‘‘If I am remembered for anything, it will not be for anything I did in show business, but for what I did to prevent blindness.”

Edward Doheny discovered oil in 1892 near what is now Dodger Stadium, promptly unleashing a petroleum boom that resulted in Los Angeles producing one-quarter of the world’s total oil supply by 1923. Upton Sinclair’s 1927 novel Oil! was loosely based on Doheny’s life, as was the 2007 film it inspired, There Will Be Blood. When Doheny’s second wife, Carrie Estelle Doheny, suffered sudden vision loss in 1944, she created and funded the origins of the Doheny Eye Institute. The legacy of the family name lives on in a myriad of buildings and landmarks, including Doheny Drive and Greystone Mansion in Beverly Hills; Doheny State Beach in Dana Point; and USC’s Edward L. Doheny, Jr. Memorial Library, named after their son.

The Stein Eye Institute at UCLA is a vision science campus dedicated to the preservation and restoration of vision through its internationally recognized programs in research, patient care and integrative education. The center’s ophthalmic specialists treat the full spectrum of vision-threatening conditions, including glaucoma; macular degeneration; diseases of the cornea, retina and vitreous; cataracts and uveitis; intraocular inflammation; Graves’ disease; ptosis and lacrimal disease; and eyelid disease. Community outreach efforts range from its Mobile Eye Clinic, which travels to schools, shelters, health fairs and other organizations that assist homeless and low-income families; to programs like Vision IN-School, for vision education; Shared Vision, for the collection and donation of used eyeglasses; the Preschool Vision Screening program; and the Indigent Children and Families program.

The Doheny Eye Institute, established in 1947, is a top-ranked nonprofit organization dedicated to the conservation, improvement and restoration of human eyesight. Recognized as an outstanding center for vision research, education and clinical care, the Doheny Eye Institute has emerged as a world leader in basic and clinical vision research and advanced patient care. The Institute’s innovative research has led to new diagnostic and treatment procedures and is internationally regarded for changing people’s lives by improving their sight. 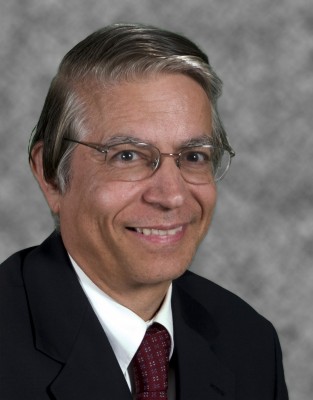 Caption: Dr. Bartly Mondino, director of the Stein Eye Institute and chair of ophthalmology at the David Geffen School of Medicine at UCLA. 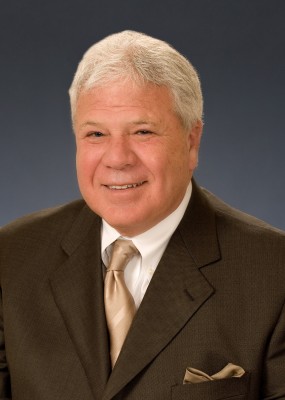 Caption: Ed Landry, chair of the Doheny Eye Institute board of directors.