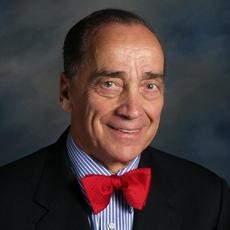 Newswise — Amyotrophic lateral sclerosis (ALS) researchers at The Methodist Hospital in Houston have shown that transplanted bone marrow stem cells can attach themselves to injured areas in the brain or spinal cord, possibly providing a way to deliver future gene therapy.

According to Dr. Stanley H. Appel's study published in the Oct. 14, 2008, issue of NeurologyÂ®, the medical journal of the American Academy of Neurology, these "Trojan horse" cells may improve the ability to deliver gene therapy to the brain and spinal cord.

The original intent of this study focused on whether transplanted bone marrow stem cells in six patients with sporadic ALS would suppress neuroinflammation and improve the patients' clinical outcomes, said Appel, co-founder and co-director of the Methodist Neurological Institute at The Methodist Hospital. While the results showed no benefit in fighting the disease, Appel's research team found that transplanting bone marrow stem cells that are closely matched to the patients' own bone marrow allowed for a significant percentage of those cells to travel to and reside in the brain or spinal cord. However, it is clear from the study that unless the bone marrow stem cells are engineered to secrete neuroprotective factors, such transplants are not likely to be beneficial in human ALS.

"Our courageous ALS patients committed themselves to helping search for meaningful therapies for this devastating disease," said Appel, lead author and chairman of Neurology at Methodist. "With their help, we've shown that these transplanted stem cells can potentially be used to deliver future drugs. These findings open the window in terms of where we can go next."

Appel and his research team have focused on bone marrow because of all stem cells, they offer a readily available source for potential use in the development of therapies, drug delivery and drug administration in ALS and other neurodegenerative diseases.

Commonly known as Lou Gehrig's disease, ALS is a progressive neurodegenerative disease characterized by degeneration of the upper and lower motor neurons in the brain and spinal cord, which stimulate skeletal muscle movement. As more motor neurons die, muscle weakness becomes progressively worse. Sporadic (non-inherited) ALS affects 90 percent of the ALS population, and is representative of the patients at Methodist's MDA/ALS Clinic, the first and one of the largest multi-disciplinary ALS clinics in the nation.

This study was supported by the Muscular Dystrophy Association, Dr. and Mrs. George Kozmetsky, and the Hungarian Scientific Research Fund.

Results: No clinical benefits were evident; however, tissue examination in two of the 100 percent engrafted patients demonstrated 16-38 percent donor-derived DNA at sites with motoneuron pathology. Neither donor DNA nor increased cell numbers were found in several unaffected brain regions. A third minimally engrafted patient had neither donor DNA nor increased infiltrating cells in the central nervous system (CNS).

Conclusions: This study demonstrates that peripheral cells derived from donor hematopoietic stem cells can enter the human CNS primarily at sites of motoneuron pathology and engraft as immunomodulatory cells. Although unmodified hematopoietic stem cells did not benefit these sALS patients, such cells may provide a cellular vehicle for future CNS gene therapy.

About the Methodist Neurological Institute

The Methodist Neurological Institute (NI) houses the practice and research activities of the departments of neurology, neurosurgery, neuroradiology, neurophysiology and physical medicine & rehabilitation at The Methodist Hospital. The mission of the NI is to advance the discovery of the origins, mechanisms and treatment of neurological disease and to provide comprehensive care for patients with disorders and injuries of the brain and spinal cord.

For more on the Methodist Neurological Institute, visit http://www.methodistneuroinstitute.com, or call (713) 790-3333.