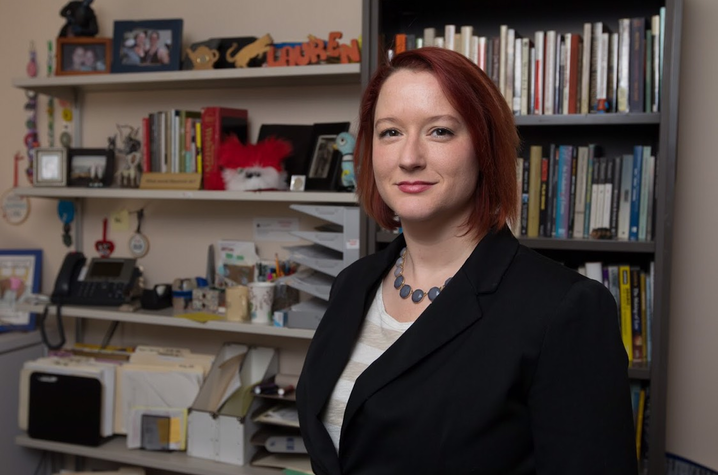 It's no secret — people are secretly taking photos of other people in public spaces and posting them to social media for amusement. This new phenomenon is being used to humiliate others, and it has become shockingly acceptable.

This photographing activity that is neither illegal, nor offensive, may seem innocent, but — according to Lauren Cagle — shaming strangers can be harmful to everyone involved.

"I saw friends sharing photos as though to say, 'Look at this strange person, judge them with me,' and I was surprised at otherwise inclusive and welcoming people behaving this way," she said.

Cagle, an assistant professor in the Department of Writing, Rhetoric, and Digital Studiesin the College of Arts and Sciences at the University of Kentucky, wanted to learn why "strangershots," as she calls them, have become ubiquitous and normalized. Her latest findings are detailed in a paper titled, "Surveilling Strangers."

"I wanted to get past the knee-jerk reaction that people who take and share strangershots must be jerks. But this phenomenon is driven by far more factors than any one person’s character, whether good or bad," Cagle continued. "It’s driven by webs of technology. Strangershots are also driven by the way that genres, recurring forms of photographs and texts, make things seem normal and acceptable, even when they shouldn’t be. My goal with this paper was to uncover all the complexity that goes into creating, popularizing and circulating a 'cruel' genre."

You may be wondering — is there any damage done if someone is blissfully unaware their photo is circulating the internet?

Through her intriguing research, Cagle argues strangershots should be concerning. "Pictures of strangers taken and shared online, without knowledge or consent, are used to police the boundaries of what counts as 'normal' and 'abnormal.' In other words, every time someone shares a strangershot or reacts judgmentally, they’re feeding into a cultural narrative about what people are supposed to look like or how they’re supposed to behave," she explained.

Cagle brings up another thought-provoking point. As a technology-driven society, we're often trying to keep up with what we can and can't do, and we forget to ask, "should we?"

"People think that technology itself doesn’t have ethics; ethics only enter the picture when we decide what to do with technology. That’s simply not true," she said. "Lots of science and technology studies scholars have made this point before, highlighting how everything from urban bridges to facial recognition technology has ethics built into it. In other words, we should be asking the fundamental ethical question of 'what should we do?' prior even to technological development, let alone deployment. Asking 'what should we do?' might help us design webpages, for example, that prompt people to reflect on the subjects of the images they share, rather than simply reward them with notifications for any response those images receive."

Cagle hopes her revelations will inspire people to reflect on how technology invites them to behave. Often, that behavior doesn't match how we behave in other aspects of our life — ultimately leading to a less inclusive society.