Brain Makes Call on Which Ear Is Used for Cell Phone

Bites and b-roll video package featuring Dr. Michael Seidman discussing a new study that find a strong correlation between brain dominance and the ear used to listen to a cell phone. 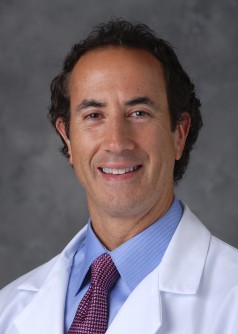 Michael Seidman, M.D., FACS, director of the division of otologic and neurotologic surgery in the Department of Otolaryngology-Head and Neck Surgery at Henry Ford Hospital.

Newswise — DETROIT – If you’re a left-brain thinker, chances are you use your right hand to hold your cell phone up to your right ear, according to a newly published study from Henry Ford Hospital in Detroit.

The study – to appear online in JAMA Otolaryngology-Head & Neck Surgery – shows a strong correlation between brain dominance and the ear used to listen to a cell phone. More than 70% of participants held their cell phone up to the ear on the same side as their dominant hand, the study finds.

Left-brain dominant people – who account for about 95% of the population and have their speech and language center located on the left side of the brain – are more likely to use their right hand for writing and other everyday tasks.

“Our findings have several implications, especially for mapping the language center of the brain,” says Michael Seidman, M.D., FACS, director of the division of otologic and neurotologic surgery in the Department of Otolaryngology-Head and Neck Surgery at Henry Ford.

“By establishing a correlation between cerebral dominance and sidedness of cell phone use, it may be possible to develop a less-invasive, lower-cost option to establish the side of the brain where speech and language occurs rather than the Wada test, a procedure that injects an anesthetic into the carotid artery to put part of the brain to sleep in order to map activity.”

He notes that the study also may offer additional evidence that cell phone use and tumors of the brain, head and neck may not necessarily be linked.

Since nearly 80% of people use the cell phone in their right ear, he says if there were a strong connection there would be far more people diagnosed with cancer on the right side of their brain, head and neck, the dominant side for cell phone use. It’s likely, he says, that the development of tumors is more “dose-dependent” based on cell phone usage.

To determine if there is an association between sidedness of cell phone use and auditory or language hemispheric dominance, the Henry Ford team developed an online survey using modifications of the Edinburgh Handedness protocol, a tool used for more than 40 years to assess handedness and predict cerebral dominance.

The survey included questions about which hand was used for tasks such as writing; time spent talking on cell phone; whether the right or left ear is used to listen to phone conversations; and if respondents had been diagnosed with a brain or head and neck tumor.

It was distributed to 5,000 individuals who were either with an otology online group or a patient undergoing Wada and MRI for non-invasive localization purposes.

On average, respondents’ cell phone usage was 540 minutes per month. The majority of respondents (90%) were right handed, 9% were left handed and 1% was ambidextrous.

The study also revealed that having a hearing difference can impact ear preference for cell phone use.

In all, the study found that there is a correlation between brain dominance and laterality of cell phone use, and there is a significantly higher probability of using the dominant hand side ear.

Studies are underway to look at tumor registry banks of patients with head, neck and brain cancer to evaluate cell phone usage. Controversy still exists around a potential association of cell phone use and tumors. Until this is fully understood, Dr. Seidman advises using hands-free modes for calls rather than holding a phone up to the side of the head.