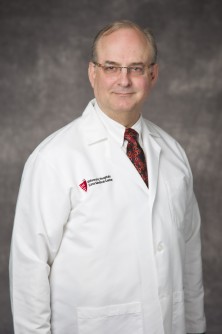 Newswise — CLEVELAND -- A new study in Journal of General Internal Medicine reports that an hour-long educational coaching session and two or three follow-up phone calls after a hospital stay reduced re-admission odds by 39 percent among Medicare patients. The study also found that the average cost of care was reduced by $3,700 per patient for those patients who received the education session versus those who did not.

This study is the first to report on a more comprehensive picture of healthcare use in the six months following the patient-centered coaching, called Care Transitions Intervention (CTI), and to estimate costs avoided using the data.

“When patients are discharged, they are often ill-equipped to self manage,” said Stefan Gravenstein, MD, senior author of the study and Interim Chief of the Division of Geriatrics at University Hospitals (UH) Case Medical Center. “Typically, in the Medicare population, nearly one in five patients, or 20 percent, is re-admitted within the 30 days following discharge from the hospital. For all patients, 30-day re-admission is only about one in seven or eight patients instead of one in five.

“With this study, we found that sending someone to the patient’s home who helped the patient (or their caregiver) gain confidence in recounting the patient’s medical issues, medication, and when and how to reach out for help significantly reduced re-hospitalization and costs. And the teacher did not have to be a health care professional such as a doctor or a nurse, but just needed to be specially trained for this coaching activity,” said Dr. Gravenstein who is also a Professor of Medicine at Case Western Reserve University School of Medicine and was at Brown University Medical School and School of Public Health during the time of the study.

Out of the 1,300 patients, 321 – the intervention group -- received the home training and 919 – the internal control group -- who were eligible but declined the training, or if they had agreed, never scheduled a home visit or were not home when the coach visited. To balance for a potential bias in selecting patients, the researchers also constructed an external control group of about 11,000 Medicare patients from the same hospitals who would have been eligible for participation, but who were not approached.

“Although outpatient costs were up a little, they were dramatically offset by savings in later hospital care,” Dr. Gravenstein said. “If all hospitalized Medicare patients received this education and similarly benefited, it would translate into many billions of dollars of expensive costs avoided. This is a great example of a way in which higher quality care improves lives, while bending the cost curve.”

The intervention began in the hospital with a brief introduction, and continued into the month following discharge, including one home visit and two to three phone calls. The home visit was a patient-centered coaching intervention to empower individuals to better manage their health. It was developed around four points, or “pillars.” The first was ensuring that the patients knew their clinical conditions from their personal health record. The second was that patients knew their medications, what they were, when to take them, and for which symptoms. The third was to know the signs or symptoms – the red flags -- of when to reach out for help. And the fourth was to empower the patient to know how to reach out for help when one of those red flags came up.

“We encourage the patients and their caregivers to get the help when they need it,” said Dr. Gravenstein. “It may not be serious enough to visit the emergency room and their doctor’s office may say it won’t have an opening until next week. They need to feel comfortable and have the confidence to say to the doctor’s office, ‘I need to come in today.’ when they develop one of the warning signs they are coached on.”

In addition to UH Case Medical Center where extensions of this work continue, other organizations involved in the study were Brown University School of Public Health, Alpert Medical School of Brown University, and the University of Colorado. Lead author of the paper is Rebekah Gardner, MD, Senior Medical Scientist at Heathcentric Advisors which is a non-profit health care quality improvement agency and Assistant Professor at Brown University.

About University HospitalsUniversity Hospitals, the second largest employer in Northeast Ohio with 25,000 employees, serves the needs of patients through an integrated network of 12 hospitals, 26 outpatient centers and primary care physician offices in 15 counties. At the core of our $3.5 billion health system is University Hospitals Case Medical Center, the primary affiliate of Case Western Reserve University School of Medicine. UH Case Medical Center is home to some of the most prestigious clinical and research centers of excellence in the nation, including cancer, pediatrics, women's health, orthopaedics, radiology, neuroscience, cardiology and cardiovascular surgery, digestive health, transplantation and genetics. Its main campus includes UH Rainbow Babies & Children's Hospital, ranked among the top children’s hospitals in the nation; UH MacDonald Women's Hospital, Ohio's only hospital for women; and UH Seidman Cancer Center, part of the NCI-designated Case Comprehensive Cancer Center at Case Western Reserve University. For more information, go to www.uhhospitals.org.