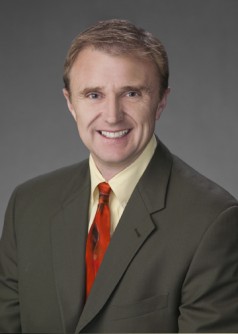 Newswise — Sleeping Beauty and fungal infections – not two items one would normally associate together, but for immunocompromised cancer patients they may prove to be a helpful combination.

A study at The University of Texas MD Anderson Cancer Center used the Sleeping Beauty gene transfer system to modify T cells in hopes of fighting major life-threatening infections caused by invasive Aspergillus fungus. Results of the study appear in today’s issue of the Proceedings of the National Academy of Sciences (PNAS).

This type of gene therapy is already being used to recognize antigens associated with tumors. Clinical trials at MD Anderson were the first to use Sleeping Beauty to customize immune system T cells to attack specific types of leukemia and lymphoma.

The Aspergillus study, led by Laurence Cooper, M.D., Ph.D., professor in Pediatrics at MD Anderson, shows that it may also be effective for combatting fungal infections that can be deadly for immunosuppressed patients such as those receiving hematopoietic stem cell transplants. The transplants are used to treat cancers of the blood or bone marrow such as leukemia, lymphoma, and multiple myeloma.

Cooper’s study, which included collaboration with Dimitrios Kontoyiannis, M.D., Sc.D., professor in the Department of Infectious Diseases, employed a novel method for inhibiting growth of fungus. The Sleeping Beauty system, developed at the University of Minnesota, offered a fresh approach to genetically modifying T cells for human use which is being piloted at MD Anderson for immunotherapy.

“Mortality associated with invasive Aspergillus remains unacceptably high, especially in hematopoietic stem cell transplant recipients,” said Kontoyiannis. “While antifungal therapies are available, the patient’s own weakened immune system and emerging resistance to antifungals compromise the drugs’ effectiveness. There is a dire need for effective immune enhancements strategies for the treatment of opportunistic fungal infections in patients with profound and persistent immune defects.”

Cooper said that new approaches for treating invasive Aspergillus are urgently needed. Since use of CARs has resulted in successful treatment of patients with B-cell malignancies, his team sought to determine if a CAR could be developed to redirect T-cell specificity to fungus.

“We demonstrated a new approach for Aspergillus immunotherapy based on redirecting T-cell specificity through a CAR that recognizes carbohydrate antigen on the fungal cell wall,” said Cooper. “The T cells expressing the CAR can be manipulated in a manner suitable for human application, enabling this immunology to be translated into immunotherapy.”

The approach has implications for genetically modifying T cells to target carbohydrate, and thus broadening their application in the investigational treatment of pathogens as well as malignancies.

Co-authors for the PNAS paper included Dimitrios Kontoyiannis, M.D., professor in the Department of Infectious Diseases, and Richard Champlin, M.D., Ph.D., chair of the Department of Stem Cell Transplantation.