Sub-Saharan Africans Are Satisfied with Their Sex Lives 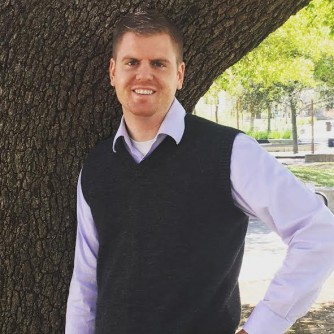 Newswise — People in Africa’s Sub-Sahara region, a relatively undeveloped area, are generally satisfied with their sex lives, with the most common rating — reported by 18 percent of survey respondents — being a perfect “10,” according to Baylor University research to be presented Monday, Aug. 22, at the annual meeting of the American Sociological Association (ASA).

Sex life satisfaction was not linked to differences in country-level variables, such as a country’s overall wealth. Instead, individual characteristics, such as having a higher income, more education and a spouse or “domestic partner” were associated with greater satisfaction, said study author Stephen Cranney, a postdoctoral scholar in Baylor’s Institute for Studies of Religion and a lecturer of sociology in Baylor’s College of Arts & Sciences.

The findings are significant because past research has shown that sexual satisfaction is associated with general well-being, and because they provide a comparison for patterns in developed parts of the world, such as Europe and the United States, Cranney said. The study also is significant because it did not find any evidence that concern about HIV/AIDS was related to sex life satisfaction, he said.

“Sub-Saharan Africa contains nearly a billion people,” he said. “It’s important. This area contains some of the least developed countries in the world. It’s a prime area to compare against the highly developed countries that traditionally have been the subject of sex life satisfaction research.”

The finding that people tend to be satisfied with their sex lives generally holds across countries, according to previous research, Cranney said.

For his study, Cranney used data from the World Gallup Poll to examine socio-demographic and other associations with sex life satisfaction across 31 countries and 25,483 people in Sub-Saharan Africa in 2011.

The study considered age, sex, education, income, religiosity and relationship status, all factors associated with sexual satisfaction in previous research for other parts of the world.

• In two of the four sub-regions (West Africa and East Africa), males were significantly more satisfied with their sex lives than females. In the other sub-regions, men and women were equally satisfied. • Peak sexual satisfaction occurred when people were in their late 20s through 30s. • Neither religiosity nor perceived gravity of the HIV/AIDS problem in one’s country were related to sexual satisfaction.

Regarding the effect of income, “there’s generally an expectation that you deserve your own private space,” he said. “Higher incomes may purchase more privacy, cleanliness and health.”

He also noted that the finding that religiosity does not have a clear relationship with sexual satisfaction generally mirrors research in developed countries.

While the research addressed the possibility that HIV/AIDS concern influences sexual satisfaction, questions remain for future research in the Sub-Sahara. “For example, little is known about how HIV/AIDS affects the sex life satisfaction of people who have HIV/AIDS compared to those who do not,” Cranney said.

*The paper, “Sex Life Satisfaction in Sub-Saharan Africa: A Descriptive and Exploratory Analysis,” will be presented on Monday, Aug. 22, at 10:30 a.m. PDT in Seattle at the American Sociological Association’s 111th Annual Meeting. To obtain a copy of the paper or for assistance reaching the study’s author, contact Terry Goodrich, assistant director of media communications at Baylor University, (254) 710-3321 or [email protected] ; or Daniel Fowler, ASA Media Relations Manager, at (202) 527-7885 or [email protected] During the Annual Meeting (Aug. 20-23), ASA Public Information Office staff may be reached in the on-site press office, Room 601 of the Washington State Convention Center, at (206) 219-4513 or (914) 450-4557 (cell). Papers presented at the ASA Annual Meeting are typically working papers that have not yet been published in peer-reviewed journals.

ABOUT THE AMERICAN SOCIOLOGICAL ASSOCIATION

The American Sociological Association (www.asanet.org), founded in 1905, is a non-profit membership association dedicated to serving sociologists in their work, advancing sociology as a science and profession and promoting the contributions to and use of sociology by society.