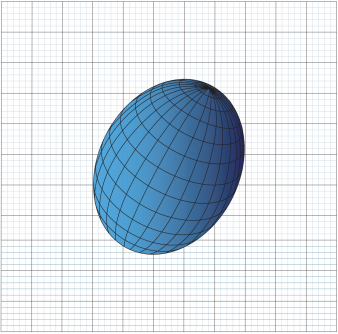 An example of a hexahedral mesh, which serves as a mathematical framework for the 3D animation of a tumor. 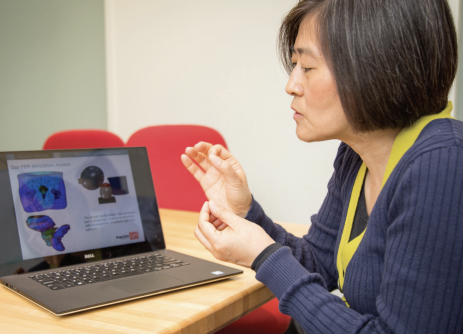 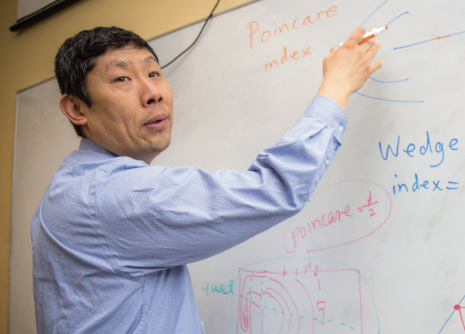 Newswise — Video games and movies often come to mind when we think of 3D animation. But the technology has other applications in science and medicine.

Two professors in Oregon State University's College of Engineering are advancing mathematical modeling to make 3D images more realistic. The techniques can not only improve our movie going experience, but when applied to science, they can increase the accuracy of simulation models used to predict natural disasters like tornadoes, earthquakes, and tsunamis. Or, in this case, help medical professionals better target cancerous tumors.

Specifically, the project aims to increase the precision of radiation therapy for prostate cancer. Because radiation is toxic, it is important to minimize exposure as much as possible so neighboring healthy tissues and organs are not affected.

If organs would stay in one place, it would be easier to target them, but — surprisingly — they don’t. Simply breathing can change the location of an organ. During radiation treatment, which can last hours, the volume of the patient’s bladder continuously changes as it fills and empties, which can affect the size and location of the prostate and cause the tumor to displace.

“What we are hoping to achieve is an adaptive treatment plan that is individualized for each patient,” Yue Zhang said.

To address the problem, they created a simulation of how the organs might move or change the location of a tumor by creating a model constructed from a series of 2D medical scans. They then use those scans to generate a 3D image and apply a graphic mesh, which becomes the mathematical framework of the 3D animation.

A graphic mesh is a collection of points, or vertices, in 3D space. The lines connecting these points are called edges, and the areas bounded by edges are called faces.

Every cube, for instance, has eight corners — its vertices — and 12 edges separating the six faces. The interior of each cube is another element of the mesh called a cell. If you join a number of cells together, you get a hexahedral mesh made mostly of cubes. It takes millions of cells to generate a realistic simulation of a tumor and surrounding organs.

But it gets even more complex than that.

“We have tools to describe material properties on these cells, so if it’s an organ that doesn’t move much — or is a little rigid — then we describe it with one material property,” Yue Zhang said. “But if it is something like the bladder, which is very flexible and stretches a lot, we need to use a different property to describe it.”

To add information about the material behavior of the organs to the mesh, the researchers first apply physics concepts and then use field processing, a new subfield of geometry processing. Because the mesh is a numerical representation of 3D space, they can deform the mesh using some simulated physical forces described by math equations. At this point, they have multi-dimensional values at each mesh grid point representing physics or biology concepts. These quantities are usually represented as vector or tensor fields.

The technology can be applied to 3D structures in any context. “Instead of modeling a shape, now we are modeling things that are on the shape. It’s one thing to model the shape of the Earth — the mountains and the oceans — but it’s another to model the magnetic field or the global ocean current flows on the Earth. These are vector fields on the surface and can provide a lot of insight into things such as the air stability, pollution, and climate change,” Eugene Zhang said.

In general, field processing finds critical points where there is uncertainty in the model that can indicate change. When it’s applied to medical images, the doctor can use the simulation results to predict changes to the prostate throughout the treatment period.

It could also help track the effectiveness of the treatment and whether nearby organs are being damaged.

“I’m really hopeful that the techniques we are developing and the tools we are building will be useful, not only to architects or artists, but also to scientists and doctors who could actually save lives and overcome diseases, including various forms of cancer and AIDS,” Eugene Zhang said.