Term “Disorders of Sex Development” May Have Negative Impact 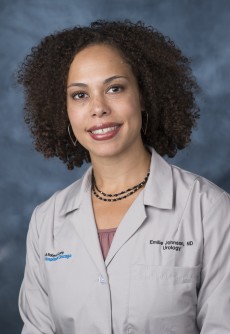 Newswise — A study published in the Journal of Pediatric Urology found that people born with reproductive organs that are not typically male or female had negative views of the term “disorders of sex development” or DSD commonly used by the medical community to refer to these conditions. Affected individuals and their caregivers preferred the terms “intersex,” “variation in sex development,” and “differences of sex development.” A majority of participants (69 percent) reported a negative emotional reaction to a term used during a medical visit, and 81 percent changed their care because of it.

“The words we use make a huge difference to patients and their families,” says lead author Emilie K. Johnson, MD, from Stanley Manne Children’s Research Institute at Ann & Robert H. Lurie Children’s Hospital of Chicago. “It is imperative that clinicians choose terms that promote access to care rather than create barriers.”

The term DSD was formally introduced in 2006 to replace the term intersex. It encompasses diverse diagnoses that are estimated to occur in one out of 4,500 births. However, DSD was not universally accepted by advocacy groups for the affected community.

Through a survey of 202 affected individuals and their caregivers, Johnson and colleagues found that DSD was disliked because the term suggests that something is broken. It was also perceived as stigmatizing. About a third of study respondents reported that they would not attend a clinic named Sex Development Clinic or the Disorder of Sex Development Clinic. Among individuals and parents of individuals who were born with genitalia that did not look typically male or female, the preferred anatomical terms were “genital difference” and “variation in genitalia.” The least preferred were “ambiguous genitalia,” “genital anomaly,” and “neutral genitalia.”

“To avoid being unintentionally offensive, healthcare professionals could ask patients about the terms they prefer for their condition,” says Johnson, a pediatric urologist at Lurie Children’s and Assistant Professor at Northwestern University Feinberg School of Medicine. “We do not want to add distress related to terminology to the many other challenges these patients may face.”

The web-based survey was developed in collaboration with the Androgen Insensitivity Syndrome-DSD Support Group (AIS-DSDSG). The survey was conducted with the group’s members, including affected individuals who were at least 15 years old and their caregivers. Respondents reported 25 different DSD diagnoses.

Based on their results, the authors recommend that the DSD term be updated through a collaborative effort between the medical, research and advocacy communities.

“We need to work closely with advocates to reevaluate the words we use to refer to these conditions,” says Johnson.

Journal of Pediatric Urology, May 2017