Thanksgiving Has a Whole New Meaning for Judy & Mark This Year 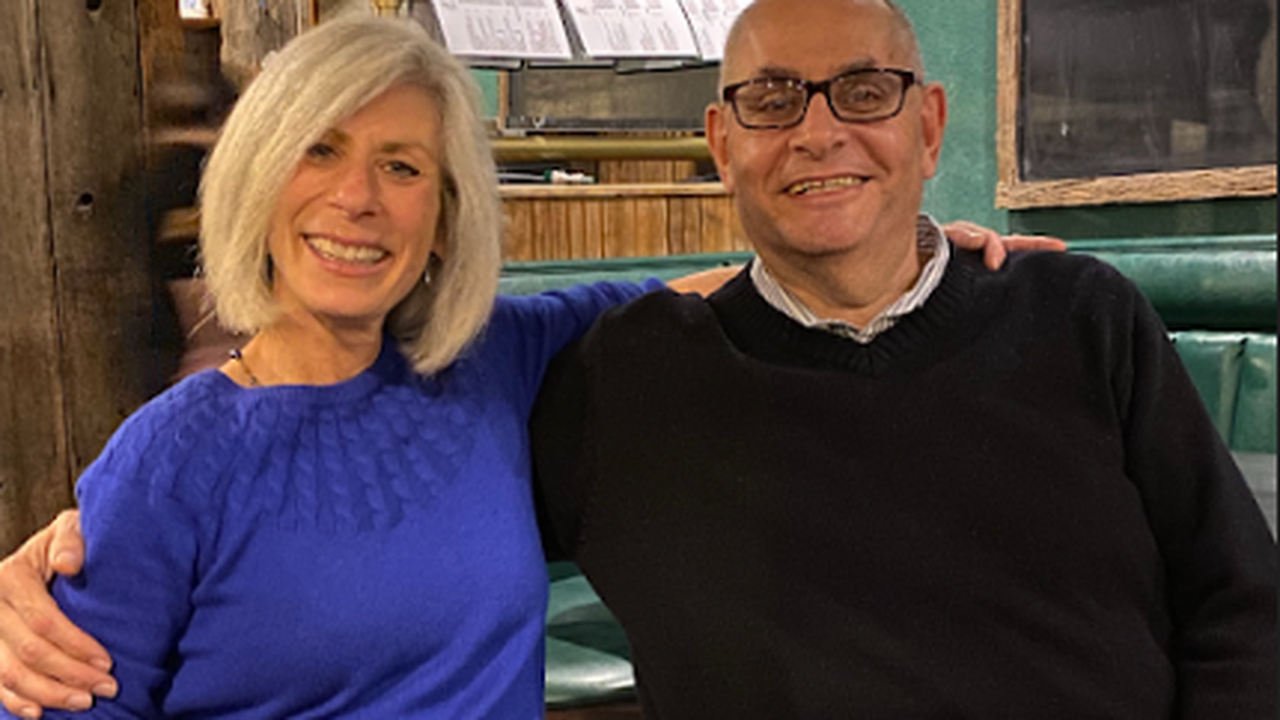 Donating a kidney to another person while you are still living is one of the most altruistic acts a person can do. But it's not unusual for a donor kidney to be considered too "anatomically complex," leaving the recipient to search for a new donor. Hackensack University Medical Center became the first in New Jersey and the second in the world to use an innovative robotic surgical imaging technology to confirm that Judy Herman could donate her left kidney to Mark Eisen, making them — in Mark's words — "kidney buddies forever." And more recently, the hospital became one of the first centers to use the technology as a GPS-like aid to provide helpful navigation during robotic surgery to remove a donor kidney.

Putting Out the Call

Mark Eisen, 63, a Key Account Manager in the dental industry, learned in fall 2020 that he had end-stage kidney failure and needed a new kidney. "I knew I had kidney trouble, but I didn't think it would get that bad," said Mark, who was living with type 2 diabetes. The Park Ridge Fire Department, where Mark volunteers and is known as one of the firehouse's best cooks (he earned the nickname "Cookey" while in the U.S. Navy) put out the call for a kidney on their website.

The message spread to local news, too, reaching the homes of the many people who knew Cookey as a member of the local Elks Club and American Legion and as a cook for high school spaghetti dinners and the New York-to-Washington DC Police Unity Bike Tour. He also set up a microsite through Hackensack University Medical Center, attracting hundreds of interested people, of whom 32 were potential donors.

Judy Herman, 59, never had children, but she knew she wanted to give someone life in another way. Watching a television show where a contestant promoted the cause of living organ donation gave her the idea to donate a kidney. In early 2019, when she began her medical evaluation to donate through another hospital, scans showed that she had a mass on her spleen, which she had removed that May.

Judy knew Cookey from the times they had crossed paths when she was an EMT for a local ambulance corps. "When I read in a local paper in January 2021 that he needed a kidney, it reawakened my desire to be a donor. I felt it was meant to be that I saved my kidney for him," she explained. She turned out to be a perfect match. They sat down with Cookey's wife, Marcia, over a three-hour dinner to get to know each other, and by the end of the evening went from acquaintances to close friends.

Judy knew that Cookey wanted to be healthy enough to attend his son's wedding on Martha's Vineyard on Memorial Day weekend, so they moved as quickly as they could. As part of her assessment to be a donor, usual CT scanning was used with a novel software called IRIS. Using this innovative technology, a virtual 3D model of Judy's kidney was created, which her surgeon, chief of Living Donor Kidney Surgery and vice chair of Urology, Ravi Munver, MD, was able to view on an iOS device before and during surgery to help guide the operation.

The spleen is a landmark for the left kidney, but in Judy that space became filled with intestinal tissue after her spleen was removed. Thanks to the IRIS technology, Dr. Munver knew exactly how to proceed to remove her kidney, which he did successfully on April 5. Transplant surgeon Vikram Wadhera, MD, then transplanted the new kidney into Mark. Judy was able to return to her home in Emerson 24 hours later, returning to her full workload six weeks later as an EMT for a mobile urgent care service.

Mark remained in the hospital for five days and recovered well, and attending his son's log-awaited wedding. He's now 50 pounds lighter, feels healthier than he's felt in years, and treasures the gift of time Judy gave him to be with his family. "If it wasn't for Judy, I couldn't have made the wedding. She is a savior in my eyes," said Mark, whose thanks to Judy included a silver kidney on a necklace. He is also grateful to Hackensack University Medical Center for the exceptional care he received. "It was like nothing I've ever had anywhere else — so informative, supportive, understanding, and caring," he added.

Hackensack University Medical Center urologic surgeons have extraordinary experience using IRIS technology to assess the kidneys of patients with kidney cancer before surgery. The additional information afforded by the approach has enabled some patients who would have had an entire kidney removed to have a partial nephrectomy instead (removal of only the tumor while leaving remaining functional kidney tissue in place). Since early 2020, the kidney donor surgeons have been using IRIS imaging to assess the kidneys of every living kidney donor who comes through their doors — enabling them to better plan surgery and resulting in faster, more efficient, and safer operations.

Noted Dr. Munver, "We have not rejected a single donor since we started utilizing this technology, including patients with complex anatomy who might have otherwise been rejected based on conventional CT imaging results."

In fall 2021, Dr. Munver and fellow urologic surgeon Michael Degen, MD, performed the hospital's first robotic surgical donor nephrectomies and used IRIS technology to guide the way. Sitting at the robotic surgical console, the surgeons could plug in a smartphone into the robotic system and simultaneously see both the live surgical field as well as the IRIS-generated 3D kidney images, side by side — enabling them to plan the most effective surgical route. The surgical team plans to expand the use of the technology for both preoperative planning and intraoperative navigation during living donor kidney removal surgery.