The Organization of the Future: 3 Essentials 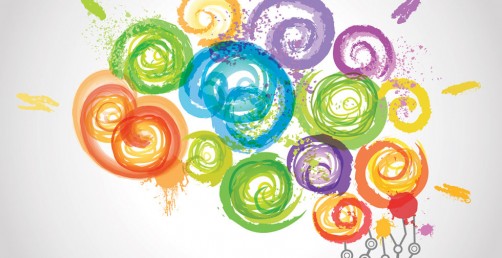 Humans will likely have to be more agile and adaptive, updating their mental models based on changing realities, and organizations will have to update their value propositions. Organizations and their human talent must excel at iterative learning, dealing with complexity and creating value through innovation.

How does an organization redesign itself to meet these challenges? First, we believe it requires putting the right people in the right environment using the right kinds of processes. Second, we believe that the answer will not be found in economics, finance, strategy, engineering or computer science. We believe that the answer will be found in the science of learning and in cognitive, social, positive, educational and clinical psychology.

We believe that the cultural and leadership model for the organization of the future will be based on three psychological concepts:

We explain what we mean by those concepts and show how they create an environment that will help humans overcome ego and fear. As the renowned Humanistic psychologist Abraham Maslow states, a person “reaches out to the environment in wonder and interest, and expresses whatever skills he has, to the extent that he is not crippled by fear, to the extent that he feels safe enough to dare.”[i]

PositivityLeading research by cognitive, social and positive psychologists including Barbara Fredrickson and Alice Isen has produced strong evidence that positive emotions enable and enhance cognitive processing, innovative thinking and creativity and lead to better judgments and decision-making. On the flip side, research has shown that negative emotions — especially fear and anxiety — have the opposite effect. Fears and anxiety in the workplace can take many forms, including fears of looking bad, speaking up, making mistakes, losing your job or not being liked.

The work environment must be designed to reduce fears, insecurities and other negative emotions. That means the environment needs to be humanistic. This concurs with eight major research studies that found that consistent high-performance businesses have high employee engagement, and that occurs in people-centric cultures.[ii]

Having worked in emotionally positive and emotionally negative environments, we, unsurprisingly, have found positive environments to be more energizing, caring, inspiring, fun and meaningful, and we worked harder with less energy expenditure because those environments were psychologically uplifting. Positivity contributed to our motivation, helping us do our best work.

Self-Determination Theory (SDT), initially developed by the psychologists Edward L. Deci and Richard Ryan, is one of the most well-known theories of human motivation. According to SDT, intrinsic motivation — the tendency to seek out new and challenging situations and expand cognitive and behavioral capacities for their own sake as opposed to fulfilling social obligations or gaining some extrinsic reward — is supported when three innate human needs are met:

Autonomy: experiencing a feeling of volition and initiativeRelatedness: establishing a sense of mutual respect and reliance with othersCompetence: succeeding at optimally challenging tasks and being able to attain desired outcomes

As Ed details in Learn or Die: Using Science to Build a Leading-Edge Learning Organization, three decades of research on high-performance businesses show that high employee engagement is correlated with high performance, and decades of research on what creates high employee engagement tell us that the key factors all relate to meeting an individual’s needs for Self-Determination. If employees feel that they have autonomy, relatedness and effectiveness at work, then they’re more likely to be highly engaged and thus more likely to perform at high levels.

Mitigating fear in the workplace also requires Psychological Safety. Studies show that without Psychological Safety, people will not fully embrace the hard parts of thinking and innovating: the giving and receiving of constructive feedback; challenging the status quo; asking and being asked the hard questions; being nondefensive, open-minded and intellectually courageous; and having the courage to try new things and fail. Amy Edmondson, a professor at Harvard Business School, has conducted some of the best research on Psychological Safety and found that it’s an essential element of organizational learning.

Feeling psychologically safe is feeling safe from retribution, which could be social ostracism, being passed over for good assignments, having bonuses or raises reduced, or even being transferred out of the team or fired on trumped-up charges. As Adam Grant, a Wharton professor, states in his latest book, Originals: How Non-Conformists Move the World, “Most of us opt to fit in rather than stand out.”[iii] That’s especially true in organizations that have cultures of fear or leaders who are autocratic, command-and-control types or arrogant, all-knowing types. Psychologically safe environments have cultures of candor, permission to speak freely, and permission to make learning mistakes (within financial risk parameters), and they offer all employees a voice by devaluing elitism, hierarchy and rank (other than with respect to compensation).

It’s not enough to give permission to speak freely. Speaking freely should be acknowledged and emotionally rewarded publicly. Leaders and managers must publicly seek challenges to their views and beliefs. In this type of environment, leaders have to be human, too. Overbearing, all-knowing, elitist leaders will be severely challenged in this new world.

Does human thriving and flourishing economically in the Smart Machine Age really come down to our feelings? Yes, in many cases it’s all about how we feel at work and how our work environment makes us feel. Organizations that want to attract and retain the best talent and make the most of their human talent in the SMA will design their entire internal management systems to drive leader and management behaviors that promote Positivity, meet Self-Determination needs, provide Psychological Safety, and result in caring about people and individuals.

Like most things in business, the principles are simple: It’s the daily, disciplined execution that’s hard.

About the FacultyHess is a top authority on high-performance businesses, with a focus on organic growth and innovation strategies, systems and processes, and servant leadership. His current research examines how to use the science of learning to create a leading-edge learning organization.