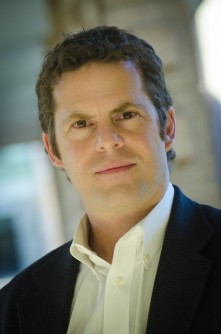 His latest initiative has resulted in new online learning resources for high school teachers and advanced students and college students.

Steinberg, who holds the Malcolm Lewis Chair of Sustainability and Society at Harvey Mudd, has written a new book, Who Rules the Earth? How Social Rules Shape Our Planet and Our Lives, published by Oxford University Press on March 6. The book is part of something much bigger: The Social Rules Project, an interactive multi-media initiative and online teaching-and-learning tool, developed by Steinberg and created with the help of college students, which explores the institutional dimensions of environmental problems. Steinberg traveled to New Orleans in February to receive the 2015 Deborah Gerner Innovative Teaching in International Studies Award for his work on The Social Rules Project: the https://www.hmc.edu/about-hmc/2015/02/23/steinberg-receives-gerner-award-innovative-teaching/

“The Social Rules Project is the result of efforts by 100 students from the Claremont Colleges and the California Institute of the Arts who created an animated short film, a video game on the institutional dimensions of tropical conservation, and a website with a variety of other free educational resources,” says Steinberg. “Artists, computer programmers, environmental studies majors, musicians, and many others contributed countless hours to make these materials available.” He says the goal of the project is to raise awareness about the institutional underpinnings of environmental problems and what it will take to solve them.

“From national policies to technical design standards, social rules are the constraints that make coordinated human activity possible,” according to Steinberg. “The Social Rules Project is an educational initiative at Harvey Mudd College that reveals how social rules, or ‘institutions,’ shape our planet and our lives.” According to Steinberg, few concepts are more central to political science than institutions—the enduring “rules of the game” that underpin society. “As we might expect,” he says, “institutional analysis plays a prominent role in teaching and research in the field of environmental politics, exploring how institutions shape the prospects for sustainable and equitable approaches to governing energy, natural resources, pollution, and economic development.”

However, the concept of "institutions" is quite challenging for students and the broader public to grasp, Steinberg notes. “Unlike the usual subjects of environmental science, you cannot place a rule in a child’s hand for inspection, point it out to a group of tourists on safari, or mix it in a test tube,” he says. “The rules we live by are invisible to our most powerful satellites and microscopes alike, yet have a profound impact on the relation between people and the planet. Teachers have few resources at their disposal for demystifying the concept.”

To address this shortcoming, over the past four years he has focused on developing and directing The Social Rules Project, involving over 100 students at six colleges in southern California in the creation of multi-media materials that describe what institutions are—and why they matter for sustainability.

The result is an animated film, a videogame, a social media website, interactive "institutional landscapes," and a Facebook discussion group. All materials are available for free online; they are designed to help make the concept of institutions, or “social rules,” accessible to a broad cross-section of students, from advanced-placement high school teachers and students—particularly those enrolled in social science and environmental science classes—to undergraduates and Ph.D. students in fields such as environmental studies, public policy, political science, sociology, anthropology, history, and economics.

Animated Film – Who Rules the Earth? This short film tells the story of a young Latina woman who is determined to uncover the forces harming the environment in her community. She soon discovers how rules affect everything from pesticide use to wilderness preservation and the right to free speech. The film premiered at the Wild & Scenic Film Festival in January 2014, and is currently on tour as part of that festival. Who Rules the Earth? received the award for Best Student Film at the Hawaii Ocean Film festival in July 2014.

Videogame – Law of the Jungle. Law of the Jungle is part of a genre known as "serious games," which use the popular platform of videogames for educational purposes. This ambitious role-player game (with over 10,000 lines of code) was developed over a three-year period by a dozen undergraduates in computer science and the visual arts at the Claremont Colleges.

The Social Rules Project Website was created by five Harvey Mudd undergraduates working over a three-year period. “The goal is to provide a continually updated, one-stop online location for our multi-media educational tools so that instructors can easily access and direct students to these resources,” notes Steinberg.

Facebook Page and Group. Although online education is often touted as a means for bridging geography Steinberg says he is attracted to its advantages in extending the temporal dimension of teaching: creating communities of learners that persist beyond the one-off classroom experience. “In January 2014, I convened a six-person student team to teach me about Facebook, with the goal of launching a page and discussion group featuring research and action items on the institutional dimensions of sustainability,” he says. “I then invited all of my current and former students to join, and we now have about 400 members across the two sites, including a dozen professors.”

A link to The Social Rules Project: http://www.paulsteinberg.org/the-social-rules-project/ and to the project’s Educators’ Guide: http://www.rulechangers.org/