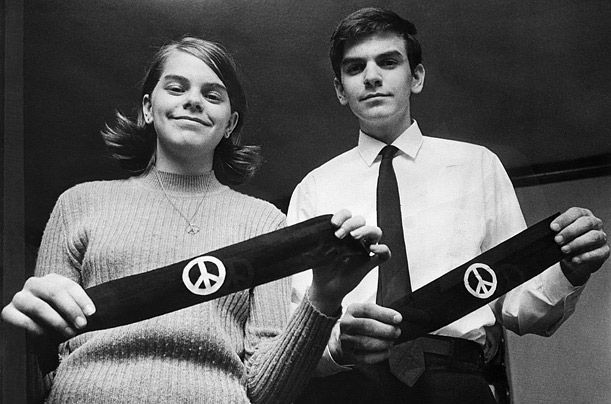 Fifty years later, siblings Mary Beth Tinker and John Tinker will discuss the significance of their historic case in a panel discussion at Iowa State University. “Stand Up! Speak Up! Youth and the First Amendment” begins at 7 p.m. Monday, Feb. 25, in the Memorial Union Great Hall. This event is free and open to the public.

The panel will be moderated by Mark Stringer, executive director of ACLU of Iowa. This event is part of the Lectures Program’s National Affairs Series: Building a Better Democracy, as well as the ISU First Amendment Day Series.

School officials decided the armbands were a disruption, and suspended the Tinkers and their friend Christopher Eckhardt for violating school policy. A lawsuit against the school district followed, eventually making its way to the U.S. Supreme Court in 1968.

The court’s 1969 decision on Tinker v. Des Moines Independent School District found that the students’ actions didn’t disrupt school, and that they hold the same constitutional rights to free speech as adults. The decision included the often-quoted line, “It can hardly be argued that either students or teachers shed their constitutional rights to freedom of speech or expression at the schoolhouse gate.”

This event is co-sponsored by the ACLU of Iowa, First Amendment Day Committee, National Affairs series committee, Patricia Miller lecture fund and the Committee on Lectures, which is funded by Student Government.