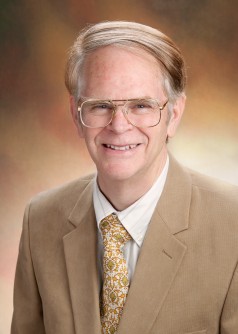 Newswise — Douglas C. Wallace, Ph.D., a pioneer and internationally prominent scientist in the field of human mitochondrial genetics, has joined The Children’s Hospital of Philadelphia to continue his investigations into the role of mitochondrial energy in health and disease.

In establishing the Center of Mitochondrial and Epigenomic Medicine (CMEM) at Children’s Hospital, Wallace leads a team focusing on mitochondria, tiny structures within our cells that produce 90 percent of the body’s energy. Mitochondrial function plays essential roles across the lifespan, in both rare and common childhood diseases, in adult-onset metabolic and degenerative diseases, and in cancer and aging.

“The addition of Dr. Wallace and his extraordinary research program, combined with our hospital’s dedication to translational research, will help advance the understanding of, and potential treatments for, a multitude of disorders and diseases,” said Philip R. Johnson, M.D., Chief Scientific Officer at The Children’s Hospital of Philadelphia.

Wallace was most recently the founder and director of the Center for Molecular and Mitochondrial Medicine and Genetics at the University of California-Irvine. He first achieved prominence in the 1970s as the leader of a group at Stanford University that defined the genetics of the mitochondrial DNA--the DNA within each mitochondrion, as distinct from the more familiar nuclear DNA inside chromosomes. His group demonstrated that human mitochondrial DNA is inherited exclusively from the mother.

Wallace is the first investigator at Children’s Hospital who is a member of the National Academy of Sciences (NAS), the nation’s premier organization of leading researchers. Wallace also is an elected member of the Academy’s Institute of Medicine.

Along with more than a dozen colleagues who accompanied him from his center in California, Wallace has set up his laboratory and center in the Hospital’s recently opened Colket Translational Research Building.

Wallace will assume the Michael and Charles Barnett Endowed Chair in Pediatric Mitochondrial Medicine and Metabolic Disease at Children’s Hospital from Paige Kaplan, M.D., who is retiring. He also joins the faculty in Pathology and Laboratory Medicine at the University of Pennsylvania School of Medicine.

--Center Will Investigate a Broad Range of Common Diseases--Although mitochondria may be an unfamiliar term to many whose biology classes are far behind them, these specialized subcellular structures play a crucial role, by extracting energy from food. “Nothing in the cell works without energy,” says Wallace. “Hence, energetics permeates all of biology and medicine.” Important as it is to understand anatomy and organ systems, scientists and physicians also need to understand the flow of energy, and how it may be disturbed during disease, Wallace contends. Otherwise, he adds, it’s like examining the external structure of a power plant to understand a flaw in its electrical circuitry.

Integral to the communication between mitochondria and the nuclear DNA, adds Wallace, is the epigenome—the totality of inherited modifications in gene expression caused by factors other than mutations in the DNA. This encompasses chemical tags that adhere to the DNA, or to the proteins that bind the DNA and regulate how genes respond to changes in the environment. “The epigenome mediates the crosstalk between nuclear DNA and mitochondrial DNA,” said Wallace. “It’s how the mitochondria signal the nucleus there’s enough energy to grow and reproduce.”

In the new Center of Mitochondrial and Epigenomic Medicine, Wallace’s team is focusing on mitochondrial and epigenomic dysfunction in a wide range of clinical problems. Some common diseases they are studying include autism, epilepsy, heart disease, diabetes and obesity, forms of blindness, Alzheimer and Parkinson disease, cancer, and aging. They also are investigating how mitochondrial genes influence adaptation to extremes in our environment such as arctic cold, tropical heat, or high altitude.

Wallace’s center will also focus on preclinical studies relevant to developing therapies for mitochondrial dysfunction, for which few effective clinical treatments currently exist. He will be collaborating with physician-scientists already at Children’s Hospital such as Marni Falk, M.D., Neil Sondheimer, M.D., Ph.D., and Jaya Ganesh, M.D., as well as interacting with researchers in the University of Pennsylvania’s Mitochondrial Research Affinity Group.

He also expects to continue working with parent advocacy groups, such as the United Mitochondrial Disease Foundation, on which he served for many years on the scientific advisory board.

“Because energy flow is central to all life processes, mitochondria play a central role throughout the life cycle,” Wallace adds. “Therefore, our findings in age-related diseases help us to better understand how mitochondria dysfunction contributes to pediatric diseases, and vice-versa. Consequently, we hope to contribute to many of the excellent clinical research programs that exist throughout the outstanding clinical divisions of Children’s Hospital.”

About The Children’s Hospital of Philadelphia: The Children's Hospital of Philadelphia was founded in 1855 as the nation's first pediatric hospital. Through its long-standing commitment to providing exceptional patient care, training new generations of pediatric healthcare professionals and pioneering major research initiatives, Children’s Hospital has fostered many discoveries that have benefited children worldwide. Its pediatric research program is among the largest in the country, ranking third in National Institutes of Health funding. In addition, its unique family-centered care and public service programs have brought the 460-bed hospital recognition as a leading advocate for children and adolescents. For more information, visit http://www.chop.edu.