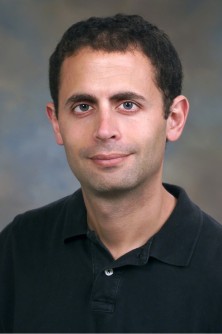 Benjamin F. Cravatt, PhD, is chair of the Department of Chemical Physiology and member of the Skaggs Institute for Chemical Biology at The Scripps Research Institute.

Newswise — LA JOLLA, CA—January 12, 2015—A team led by scientists at The Scripps Research Institute (TSRI) has identified an enzyme that produces a class of inflammatory lipid molecules in the brain. Abnormally high levels of these molecules appear to cause a rare inherited neurodegenerative disorder, and that disorder now may be treatable if researchers can develop suitable drug candidates that inhibit this enzyme.

This treatment approach may also turn out to be useful against more common conditions that involve brain inflammation—a category that includes multiple sclerosis, Alzheimer’s, Parkinson’s, ALS and secondary damage after stroke and head injuries. Such inflammation often fails to respond to standard anti-inflammatory drugs.

“This finding is a good example of what can be gained from studying enzymes linked to rare human genetic disorders,” said Benjamin F. Cravatt, chair of TSRI’s Department of Chemical Physiology and member of TSRI’s Skaggs Institute for Chemical Biology.

The new study by Cravatt’s team, which appears as a Nature Chemical Biology Advance Online Publication on January 12, stemmed from investigations of PHARC, a rare and mysterious inherited disorder that was first described by Norwegian researchers in 2009. Named for its unique set of typical symptoms (polyneuropathy, hearing loss, ataxia, retinitis pigmentosa and cataract) PHARC usually manifests in early adolescence and progressively worsens with age.

In 2010, PHARC was linked to gene mutations that inactivate the enzyme ABHD12. The finding prompted Cravatt and his laboratory to develop a mouse model of the disease in which the ABHD12 gene is similarly inactivated. Studies of those “PHARC mice” revealed that the ABHD12 enzyme normally breaks down immune-signaling lipid molecules called lysophosphatidylserines (lyso-PSs) in the brain. ABHD12’s absence in the PHARC mice leads to an abnormal buildup of lyso-PSs and subsequent neuroinflammation.

Having identified an enzyme that normally breaks down lyso-PS molecules, Cravatt and his laboratory set out, in the new study, to find an enzyme that makes lyso-PSs. In principle, such an enzyme could be targeted with compounds that inhibit its activity, to dial down lyso-PS levels in the nervous system and thus treat PHARC.

Sophisticated Test and a Weight-Loss Drug

To find a lyso-PS-making enzyme, Cravatt lab Research Associate Siddhesh S. Kamat led the effort to develop a sophisticated test for detecting the enzyme-mediated conversion of precursor phosphatidylserine (PS) molecules to lyso-PSs. “Using this test we discovered a cryptic yet distinct lyso-PS-making enzyme activity in the mouse brain,” said Kamat.

The tests revealed especially high levels of this activity in the cerebellum, a brain region strongly impacted in PHARC.

The team also found that this lyso-PS-making activity could be powerfully blocked in the lab dish by the weight-loss drug tetrahydrolipstatin (THL, also known as Orlistat and Xenical). THL is a known inhibitor of multiple enzymes, and the team was able to link the lyso-PS-making activity in mouse brain specifically to one of these enzymes: a previously uncharacterized enzyme called ABHD16A.

In further work, Cravatt’s team began a collaboration with the laboratory of chemist Amy R. Howell at the University of Connecticut to find a more potent and selective inhibitor of ABHD16A, initially as a tool for studying the enzyme.

The team eventually isolated a small-molecule compound, KC01, that disrupts ABHD16A activity in mammalian cells more selectively than THL does. “Using this inhibitor with advanced chemical proteomic and metabolomics techniques, we were able to confirm that ABHD16A is a major producer of lyso-PS molecules in several different mammalian cells,” Kamat said.

The team found that blocking ABHD16A activity with KC01 markedly reduced secreted lyso-PS levels in culture and brought elevated lyso-PS levels back down almost to normal in cells derived from PHARC patients. The treatment also greatly reduced the secretion of inflammatory compounds by PHARC-mouse immune cells (macrophages) following exposure to a bacterial toxin.

Finally, the team confirmed the role of ABHD16A by breeding a line of mice whose ABHD16A gene was inactivated. The ABHD16A-knockout animals grew up with lower than usual brain levels of lyso-PSs, and their macrophages showed a correspondingly muted response to immune stimulation.

Cravatt notes he hopes to conduct future research in collaboration with the Howell laboratory to develop a better ABHD16A inhibitor that, unlike THL and KC01, can reach the brain from the bloodstream and thus can be tested in live mice—and perhaps in PHARC patients someday. “We also think there is a potential for applying the lyso-PS-lowering strategy more broadly against neurological and immunological disorders,” said Cravatt.

Other co-authors of the paper, “Immunomodulatory lysophosphatidylserines are regulated by ABHD16A and ABHD12 interplay,” were Kaddy Camara of the Howell Laboratory at the University of Connecticut; Dong-Hui Chen and Thomas D. Bird of the University of Washington at Seattle, who supplied cell samples from PHARC patients; and William H. Parsons and Melissa M. Dix of the Cravatt Laboratory at TSRI.

Funding for the research was provided in part by the U.S. National Institutes of Health (DA033760), the American Chemical Society, the Hewitt Foundation for Medical Research, the Department of Veterans Affairs and the U.S. National Science Foundation (CHE-0111522 and CHE-1048717).