The University of Alabama at Birmingham Department of Obstetrics and Gynecology has enrolled the first patient in the United States in a Phase III clinical trial for a drug to treat preeclampsia in pregnant women that, if successful, would be a significant clinical breakthrough for reducing pre-term births and infant mortality 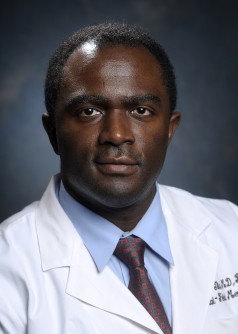 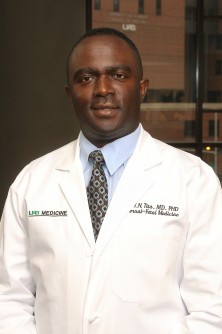 • Read this story and watch a video at www.uab.edu/news

Newswise — BIRMINGHAM, Ala. – The University of Alabama at Birmingham Department of Obstetrics and Gynecology has enrolled the first patient in the United States in a Phase III clinical trial for a drug to treat preeclampsia in pregnant women that, if successful, would be a significant clinical breakthrough for reducing pre-term births and infant mortality.

ATryn®, or antithrombin recombinant, will be administered to treat preeclampsia in pregnant women during the 24th to 28th week of pregnancy as part of the PRESERVE-1 trial. The randomized, double-blind, placebo-controlled trial will assess whether ATryn, produced by rEVO Biologics Inc., prolongs pregnancy in mothers with early-onset preeclampsia and reduces the high rates of perinatal mortality and disability it causes.

“Currently, when patients have preeclampsia, all we have to offer is delivery of the baby as the ultimate treatment,” said Alan Tita, M.D., Ph.D., professor of Obstetrics and Gynecology in UAB’s School of Medicine and a lead investigator for the trial. “If preeclampsia presents early in the pregnancy, it has serious implications for both mother and baby. For the target group, women in their 24th to 28th week of pregnancy, this could be a substantial advance in the treatment of preeclampsia and significantly improve outcomes for mother and baby.”

Preeclampsia is a complication characterized by high blood pressure and damage to another organ system, often the kidneys, that usually begins after 20 weeks of pregnancy in women whose blood pressure had previously been normal. Even a slight rise in blood pressure may signal preeclampsia, which, if left untreated, can lead to serious — even fatal — complications for mother and baby.

UAB Maternal-Fetal Medicine Specialists, located in the Women and Infants Center, is one of the nation’s most advanced and one of only 14 centers nationwide to participate in the NIH-sponsored Maternal-Fetal Medicine Units Network, which has helped produce groundbreaking achievements in high-risk pregnancy research. Specialists — available 24 hours a day — have access to treatments that often are not available elsewhere. UAB is expected to be a leader in the PRESERVE-1 trial, which will enroll 120 women at centers around the country during the next 18 months.

The PRESERVE-1 trial will assess the efficacy, safety and pharmacokinetics of ATryn in addition to expectant management for the treatment of early onset preeclampsia. Efficacy will be assessed by comparing the difference in gestational age from the time of randomization into the trial until delivery of the baby in women given ATryn to those given placebo. Equally important, the effect of ATryn on neonatal clinical outcomes also will be assessed.

Preeclampsia occurs in approximately 5 to 8 percent of all pregnancies and typically presents after the 20th week of pregnancy. The cause is unknown, but the number of cases is growing. The incidence of the disorder has increased by approximately 25 percent since 1987.

In preeclampsia, abnormal development of blood vessels from the uterus to the placenta may decrease the flow of blood, nutrients and oxygen from mother to baby, placing the baby at risk for prematurity and abnormal fetal growth. The lining of the blood vessels also experience inflammation that extends throughout the mother’s blood vessels and internal organs. As a result, high blood pressure, stroke, seizures and liver and kidney problems can occur.

The difficultly for physicians and patients is that most often there are no symptoms initially. Preeclampsia can be discovered as part of routine monitoring, but women need to watch for possible warning signs, including headaches, visual changes, upper abdominal pain, excessive weight gain and bleeding.

“As a physician faced with the difficult challenge of managing preeclampsia early in pregnancy, I see firsthand the significant need for new medicines to safely extend pregnancy and give a baby more time to develop in utero,” Tita said. “PRESERVE-1 is an important Phase III trial to assess the potential benefits of ATryn in a clear area of unmet medical need.”

Physicians and health professionals can refer patients by calling UAB Medical Information Service via Telephone, a 24-hour service, at 205-934-6478 or 1-800-UAB-MIST. 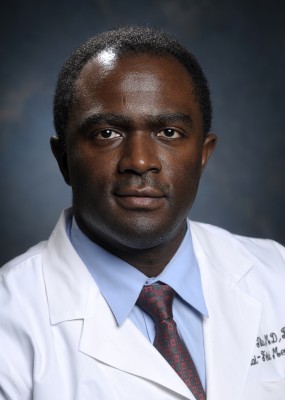 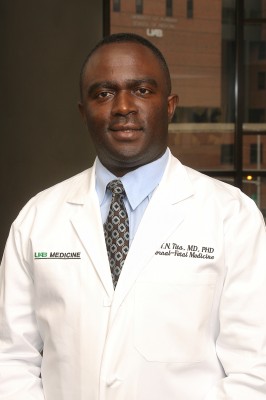