UF/IFAS Scientists: Keep Up Your Guard for West Nile Virus

10-Aug-2015 8:05 AM EDT, by University of Florida Institute of Food and Agricultural Sciences
favorite_border 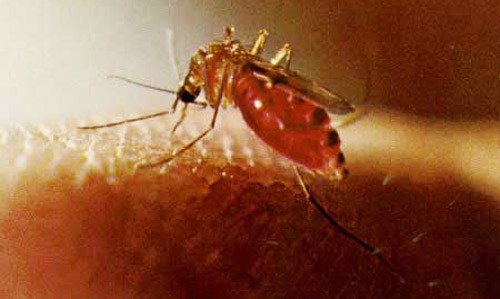 UF/IFAS researchers are monitoring Culex nigripalpus Theobald, seen here, to make sure it doesn't spread West Nile virus. The state has not experienced a serious epidemic of West Nile virus, but UF/IFAS scientists urge continued vigilance to keep the disease at bay as much as possible.

Meanwhile, UF/IFAS researchers continue to study ways to nip the virus in the bud and monitor its spread. Researchers at the UF/IFAS Florida Medical Entomology Laboratory in Vero Beach track rainfall, groundwater levels, mosquito abundance, wild bird populations and virus transmission to animals including horses and sentinel chickens. Researchers use these data to track the virus transmission between mosquitoes and wild birds, noting when mosquito infection rates reach the levels that can infect humans.

West Nile virus, first detected in the U.S. in New York City in 1999, and in Florida in 2001, has been confirmed hundreds of times nationally, and it can be lethal. For example, 779 cases (with 28 deaths) were reported in California in 2004, most from three southern California counties. The next summer, 880 cases (with 19 deaths) were reported in counties across the state.

The environmental conditions that favor West Nile virus transmission in Florida include very dry winter and early spring months, followed by heavy rainfall and short periods of drought – usually 10 to 14 days -- in the late spring and early to mid-summer months.

Low winter temperatures also help to predict epidemic risk, especially in south Florida, said Jonathan Day, a professor at the UF/IFAS lab in Vero Beach. Years when exceptionally cold periods were reported in south Florida, such as 1977 and 1989, were followed by mosquito-borne virus epidemics.

A mosquito known as Culex nigripalpus Theobald spreads West Nile virus, St. Louis encephalitis virus and eastern equine encephalitis virus in Florida. Environmental factors -- especially rainfall -- limit where and how often this mosquito lays its eggs and how often it takes blood from birds. Thus, to date, Florida has reported only small outbreaks of West Nile, according to a new paper by UF/IFAS scientists.

“However, historical epidemics of St. Louis encephalitis in Florida alert us to the eventual possibility of a widespread West Nile epidemic if and when the important environmental factors line up,” said Day, who co-authored the paper with Professor Walter Tabachnick and Associate Professor Chelsea Smartt, fellow UF/IFAS faculty members at the Vero Beach lab. Their paper was published online July 1 in the Journal of Medical Entomology.

Confusion sometimes surrounds the terms “outbreak” and “epidemic” when it comes to predicting arboviral transmission, he said. According to the U.S. Centers for Disease Control and Prevention, an “epidemic” is defined as “the occurrence of more cases of disease than expected in a given area or among a specific group of people over a particular period of time.” An “outbreak” is characterized as sporadic individual cases or small clusters of disease cases.

It’s easier to predict widespread epidemics such as the 1990 St. Louis encephalitis epidemic in south Florida where there were more than 200 human cases reported, Day said. “We have had outbreaks of West Nile Virus in Florida,” he said. “Individual cases or a cluster of 20 or 25 cases are not unusual in Florida, but are very difficult to predict. We stay clear of forecasting small outbreaks and sporadic individual West Nile human cases because trying to predict these are like trying to predict lightning strikes.”