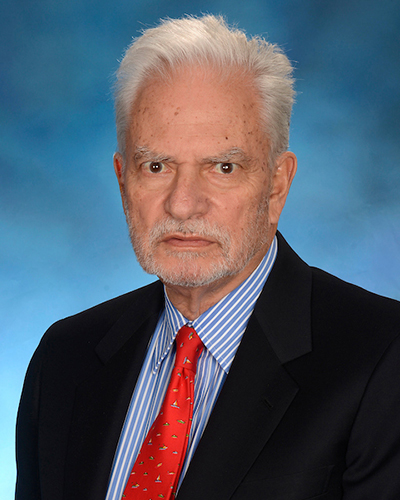 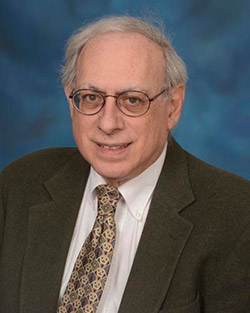 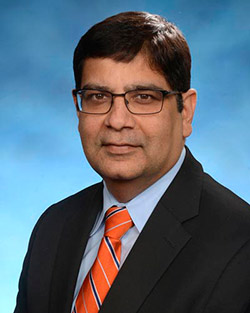 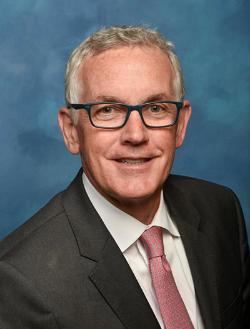 Newswise — A non-invasive ultrasound treatment for Parkinson’s disease that was tested in a pivotal trial led by University of Maryland School of Medicine (UMSOM) researchers is now broadly available at the University of Maryland Medical Center (UMMC). The device, called Exablate Neuro, was approved in November by the US Food and Drug Administration to treat advanced Parkinson’s disease on one side of the brain.

The approval was based on findings from the UMSOM clinical trial and effectively expands access to focused ultrasound beyond clinical trial participation.

Focused ultrasound is an incisionless procedure, performed without the need for anesthesia or an in-patient stay in the hospital. Patients, who are fully alert, lie in a magnetic resonance imaging (MRI) scanner, wearing a transducer helmet. Ultrasonic energy is targeted through the skull to the globus pallidus, a structure deep in the brain that helps control regular voluntary movement. MRI images provide doctors with a real-time temperature map of the area being treated. During the procedure, the patient is awake and providing feedback, which allows doctors to monitor the immediate effects of the tissue ablation and make adjustments as needed.

Soon after treatment begins, patients often experience relief from severe symptoms such as tremors, rigidity in the legs and arms, and side effects from medications that cause involuntary, erratic movements called “dyskinesia.”

About one million Americans have Parkinson’s disease, a neurodegenerative disorder that affects brain cells or neurons in a specific area of the brain that produce the brain chemical dopamine. Other current treatments for Parkinson’s include medications and deep brain stimulation from surgically implanted electrodes.

“Focused ultrasound has less ominous side effects for patients since there’s no risk of infection or damage to blood vessels from the electrodes,” said Howard Eisenberg, MD, the Raymond K. Thompson Professor of Neurosurgery at UMSOM and a neurosurgeon at UMMC who served as principal investigator on the study that led to the approval of Exablate Neuro. “Presently, it can only be used to treat one side of the brain, so it may more appropriate for patients with symptoms predominantly on one side. However, research into bilateral focused ultrasound is ongoing and shows very promising results.”

Parkinson’s disease not only robs people over time of their mobility, but erodes social networks built over years of shared interests and experiences. Symptoms like involuntary head shaking and jerking of the limbs—which can also be caused by their medications—may cause many to feel acutely self-conscious to the point of avoiding almost all social activity.

One man who managed to stave off this devastating outcome was an early participant in clinical trials for focused ultrasound led by UMSOM researchers at the medical center. For this patient, relief came within minutes before the procedure was even completed—which ultimately, eliminated 95 percent of the involuntary movements caused by his medication and reduced his tremors by half. More than seven years later, these benefits have lasted, although his disease has advanced on other fronts.

“The focused ultrasound I received at the University of Maryland Medical Center changed my life by giving me back the ability to do the things I love. I’m in a competitive bowling league. I play golf. I ride my bike,” said Steve Squires, age 46, of Middlebury, Indiana, who had the procedure in 2015 as part of the pilot study.

Squires noted that while focused ultrasound isn’t a cure for Parkinson’s, it helped him return to many of his normal activities. “It also gave me a platform to share with others who have Parkinson’s that there are new treatment options—you don’t have to suffer this alone,” he said.

In a pilot study published last year in the Journal of Neurosurgery, Dr. Eisenberg and his colleagues tested the focused ultrasound device on 20 patients with Parkinson’s disease and found that the vast majority of patients experienced a clinically meaningful improvement in their motor-skill symptoms like tremors that lasted through one year of follow-up. Only one patient experienced a progression of their disease during that time, and none experienced any serious adverse events from the treatment itself.  A more recent randomized controlled study involving 89 patients, a third of whom initially had a sham procedure, yielded similar results. It was the basis for the device approval.

“We have had great experience using this focused ultrasound technique in clinical trials and can now offer this less invasive treatment option to those with Parkinson’s symptoms,” said study co-author Paul Fishman, MD, PhD, Professor of Neurology at UMSOM and a neurologist at UMMC. Dheeraj Gandhi, MD, MBBS, Professor of Radiology, Neurosurgery and Neurology and Director of Interventional Neuroradiology at UMSOM, and an interventional neuroradiologist at UMMC, was also a co-author of the study. They are planning a new trial in coming months to use the device to treat patients on both sides of the brain.

“A diagnosis of Parkinson’s disease no longer automatically portends a future of extremely limited physical capabilities. Thanks to the commitment of researchers like Dr. Eisenberg and Dr. Fishman—and clinical trial participants like Steve Squires—treatment has expanded to include non-invasive options that significantly reduce certain symptoms within minutes and last for years,” said Bert W. O’Malley, MD, President and CEO of the University of Maryland Medical Center.

“Our school of medicine researchers have established themselves as world leaders in pioneering MRI-guided focused ultrasound for many devastating brain diseases including Parkinson’s and essential tremors,” said E. Albert Reece, MD, PhD, MBA, Executive Vice President for Medical Affairs, UM Baltimore, and the John Z. and Akiko K. Bowers Distinguished Professor and Dean, University of Maryland School of Medicine. "The stellar work of Dr. Eisenberg and Dr. Fishman has led to a new era in which this breakthrough modality has now become the standard of care for patients looking for less invasive treatments for their symptoms.”

The University of Maryland Medical Center (UMMC) is comprised of two hospital campuses in Baltimore: the 800-bed flagship institution of the 13-hospital University of Maryland Medical System (UMMS) and the 200-bed UMMC Midtown Campus. Both campuses are academic medical centers for training physicians and health professionals and for pursuing research and innovation to improve health. UMMC's downtown campus is a national and regional referral center for trauma, cancer care, neurosciences, advanced cardiovascular care, and women's and children's health, and has one of the largest solid organ transplant programs in the country. All physicians on staff at the downtown campus are clinical faculty physicians of the University of Maryland School of Medicine. The UMMC Midtown Campus medical staff is predominately faculty physicians specializing in a wide spectrum of medical and surgical subspecialties, primary care for adults and children and behavioral health. UMMC Midtown has been a teaching hospital for 140 years and is located one mile away from the downtown campus. For more information, visit www.umm.edu.