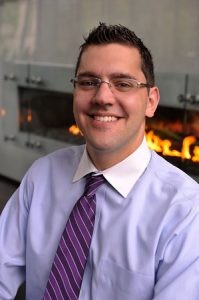 Credit: U of W / Seattle

Jeff Shulman, professor in the University of Washington's Foster School of Business

How might becoming Amazon's second home — and gaining up to 50,000 new jobs — affect whatever city the company ultimately chooses?

"Cities hoping to attract Amazon's 'HQ2' need look no farther than Seattle to understand what kind of transformation can take place," says Jeff Shulman, an associate professor in the University of Washington's Foster School of Business, in Seattle.

Shulman has been exploring expansion in the booming Seattle area with his ongoing "Seattle Growth Podcast." He has attracted more than 30,000 listens for the podcast's 13-episode first season, in which he interviews scores of Seattle residents, business leaders and government officials to better understand the opportunities — and challenges — of such growth.

Shulman is available to discuss the implications of Amazon's grown in Seattle on the city's tech industry, housing affordability, transportation system, schools, infrastructure — and character and culture. He can also discuss what the effects might be on the city Amazon chooses as its second home.

"Fifty thousand new jobs is an enticing number, but with those jobs come a lot of difficult decisions for city leaders and residents," says Shulman, who teaches marketing and economics.

"The challenges for city leaders are numerous," Shulman says. "There can be a lag in keeping pace with the growth Amazon brings as emergency services, hospitals, schools, and public utilities require costly, long-term investments to meet the needs of residents and workers."

He adds: "A city facing skyrocketing housing prices must decide how much of the city to rezone and transform into denser housing units."

He adds: "Amazon seeks the best talent, so as residents compete with people from around the world for the 50,000 Amazon jobs, the local education system will be critical to ensuring some positions are filled locally."

Shulman is experienced at speaking with press and has been featured in print, radio and television news stories.