22-Jan-2018 10:05 AM EST, by University of Pennsylvania School of Nursing
favorite_border 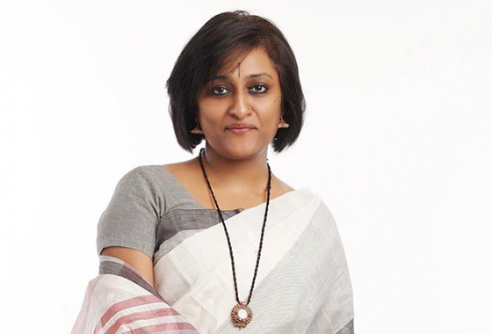 Vandana Gopikumar, PhD, Co-Founder of The Banyan and The Banyan Academy of Leadership in Mental Health, will receive the 2018 Penn Nursing Renfield Foundation Award for Global Women’s Health for her work in helping women with mental health problems in India.

Newswise — PHILADELPHIA, PA (January 22, 2018) – Vandana Gopikumar, PhD, Co-Founder of The Banyan and The Banyan Academy of Leadership in Mental Health, will receive the 2018 Penn Nursing Renfield Foundation Award for Global Women’s Health for her work in helping women with mental health problems in India. She co-founded both organizations with Vaishnavi Jayakumar. Gopikumar will receive the award – which comes with a $100,000 cash prize – during an event at the University of Pennsylvania on March 21, 2018.

“Dr. Gopikumar embodies the very essence of The Renfield Award, which is given to an individual who demonstrates leadership in improving women’s health,” said Penn Nursing Dean Antonia Villarruel, PhD, FAAN. “Over the past 25 years, she and her team have helped more than ten thousand people with mental health issues in India to reintegrate into society. Her devotion to helping this community is steadfast and tireless. We are happy to recognize her and The Banyan with this much-deserved award.”

“It is my honor to have nominated Dr. Gopikumar for the Renfield Award owing to her landmark contributions to the field of mental health and social vulnerabilities in India,” said Nachiket Mor, Director of the India Country Office of the Bill and Melinda Gates Foundation. “Her determination has been instrumental in The Banyan’s journey. It is because of her innovative spirit that new models of mental health care have been created, myths have been erased, and stigmas have been shattered.”

The Banyan began as a spontaneous and heartfelt response to the visible gaps in care and attention for homeless women with mental health problems, who in the eyes of society simply did not exist. There were no services to help them recover their lost lives. In the beginning, The Banyan offered a transit care facility that offered shelter, safe spaces, and crisis intervention.

When it started in 1993, Gopikumar originally set up a shelter for homeless mentally ill women in order to provide care and basic treatment. But she was struck by the realization that the problem was much deeper since India’s mental healthcare system had several missing components. Furthermore, she saw that the homeless mentally ill required not just medical attention, but a whole spectrum of healthcare and psychosocial services ranging from their rescue off the streets to rehabilitation and reintegration. Thus, over the last 25 years the services have expanded to one that tackles a growing public health crisis in India. The Banyan services an 800,000 population, has reached out to over 10,000 individuals in distress, and offers persons with mental health issues (particularly from vulnerable groups) access to a comprehensive range of services that include emergency and recovery focused care, wellbeing oriented community based care, and inclusive long term care for persons with high support needs.

It is estimated that approximately 150 million Indians are affected with a mental health issue, and that only five to ten percent have access to appropriate care and treatment. Social phenomena such as homelessness, stark inequity, gender and caste based discrimination, and abject and multidimensional poverty further exacerbates the debilitating impact of ill health on the individual. Currently, systems of care are largely uni-dimensional, and are usually not aligned to offer services in conjunction with other social welfare mechanisms. This lack of convergence combined with the paucity of effectively trained human resources, poor access to care, and overburdened infrastructure further perpetuates inequity, and exponentially increases the risk of a downward socio-economic and emotional spiral into a state of homelessness.

The Banyan’s core philosophy is that every individual should have access to opportunities, be aspirational, and live life to their fullest potential. The focus is on socio-economic and cultural participation, and seeks to shatter myths and misconceptions around mental ill health. It established psychiatric clinics, social care programs, self-help groups and ultimately a resource center, the Banyan Academy of Leadership in Mental Health (BALM). BALM focuses on developing partnerships with the government, civil organizations, universities, and individuals to further the development of mental health services in the region.

“At The Banyan, the social ecology of mental disorders and the intersections between poverty, gender, other structural barriers and mental health is taken into cognizance, as care packages are customized and models developed, for persons poor and homeless. I’m glad that we are able to influence future strategic direction collaboratively with users of mental health services, local governments and partners who share our vision, to focus on integrated mental health care approaches and emphasize the need for social inclusion. Our biggest strength is that we bridge the ‘know-do gap.’ There is a lot we know in mental health: the complexity, the nature of exclusion, etc., but it is the doing that seems to challenge many, considering the uncertainty of outcomes,” said Gopikumar. “I hope the Renfield Award, and the large scale awareness it will generate, will influence policy makers around the world by highlighting the correlation between the achievement of sustainable development goals and mental health. We certainly need a strong push, in terms of greater human and financial investment and the engagement of passionate social entrepreneurs, as well as progressive state and society level commitment.”

The Penn Nursing Renfield Foundation Award for Global Women’s Health was established in 2012 by the Beatrice Renfield Foundation. This award and prize is presented biennially to a leader, or leaders, in the field of global women’s health. The goals of the Award include raising awareness of global women’s health issues, supporting multi-disciplinary approaches to addressing global women’s health issues, and rewarding innovative strategies designed to deal with pressing issues for women. The Beatrice Renfield Foundation is led by Jean Renfield-Miller, PAR’15. The Foundation is named after Jean’s sister, who devoted years of service and resources as an advocate for the nursing profession. Past winners include: Denis Mukwege, MD, Founder of the Panzi Hospital and Panzi Foundation, Democratic Republic of Congo (2016); and Edna Adan Ismail. Founder and Administrator of the Edna Adan Maternity Hospital, Somaliland (2014).

The University of Pennsylvania School of Nursing is one of the world’s leading schools of nursing. For the second year in a row, it is ranked the #1 nursing school in the world by QS University, and has four graduate programs ranked number one by U.S. News & World Report, the most of any school in the United States. Penn Nursing is also the nation’s top recipient of nursing research funding from the National Institutes of Health. Penn Nursing prepares nurse scientists and nurse leaders to meet the health needs of a global society through research, education, and practice. Follow Penn Nursing on: Facebook, Twitter, LinkedIn, Instagram & YouTube.