UniSA Professor Sanjay Garg discusses Giardia in pets and the work being undertaken to develop a new, more effective drug. 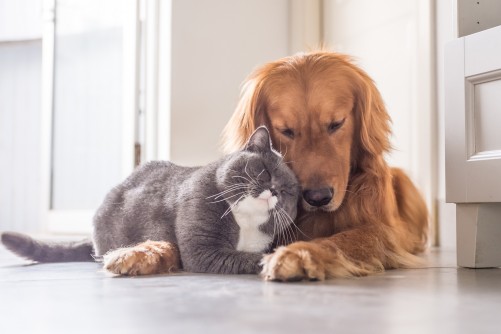 Cats and dogs will benefit from a new drug to treat Giardia, one of the most common infections in pets.

Newswise — Pets around the world look set to benefit from a more effective treatment for Giardia, a common intestinal infection in dogs and cats, thanks to a collaboration between academia and industry.

Pharmaceutical scientists from five Australian universities are partnering with veterinary pharmaceutical company Neoculi Pty Ltd to develop a new drug to treat Giardia, which affects at least 15 per cent of dogs, particularly puppies, and approximately 12 per cent of cats.

Existing treatments on the market are ineffective and have significant drawbacks, according to University of South Australia pharmaceutical scientist Professor Sanjay Garg, one of the key collaborators on the three-year project, led by the University of Newcastle.

Professor Garg says current drugs have limited effectiveness due to parasitic resistance, require multiple treatments and have toxic side effects.

“The drug we are developing is safe and effective in one single dose. We are aiming to produce a palatable formulation that pets will take without any resistance.” Prof Garg says. “It should be available within three years.”

Australia has the highest pet ownership rate in the world, with 40 per cent of households owning a dog and 27 per cent owning a cat, incurring significant costs in the order of $12 billion a year, with veterinary bills accounting for about 25 per cent.

“It costs each household around $1627 per dog each year and $962 per cat, so anything we can do to make veterinary drugs more cost effective is a win-win for animals and owners alike.”

The $282,339 project with matching funding is being funded by the Federal Government’s ARC Linkage Grant program.

A video explaining the project is available at: https://youtu.be/5mI4C6_Hxgk