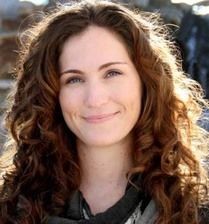 Newswise — Growing up in a military family, Jaime Banks is accustomed to the transient yet structured life of military service.

“Some members of my extended family serve in the military, and I started to notice how video games play a big role in their lives,” said Banks, an assistant professor of communication studies. “I watched how gaming helped them deal with anxiety, with the everyday stress of their jobs and even inspiring them to approach their jobs in different ways. Noticing this, I decided to start looking into how military servicemembers and veterans might be engaging games as coping tools.”

While most research on the topic focuses on gaming’s role in clinical settings, Banks’ research seeks to understand how everyday gameplay can provide military and veterans self-directed coping strategies to manage their physical and psychological stressors.

In a recent Games Studies article, Banks and co-author John Cole surveyed active duty U.S. military and veteran gamers about their use of video games and game avatars to deal with these stressors and other service-related challenges. The research team asked about their military experience, general gaming habits, favorite games and their gaming avatars.

The exploratory study found that about half of the gamers used video games to cope with challenges associated with their military service. Their coping mechanisms included escapism, managing self-diagnosed physical and/or psychological ailments, seeking social support (particularly through massively multiplayer online games) and connecting with civilian life.

“Those who used video games to cope tended to have served longer, and they reported high escape, fantasy and skill-development motivations for gameplay,” Banks said.

While their favorite game genre was fantasy, military-themed games were a close second. Many of the favorite games involved the military through storylines, gameplay mechanics or avatar tendencies.

“It is possible that this genre preference is linked to those games’ structured rules systems that, during leisure hours, can provide comfortable constraint in contrast to relatively unconstrained civilian life,” Banks said. “Alternately, the affinity for such games could be a function of participants’ strong pride in military service. Those who embrace military identities could have the greatest motivation to escape the material conditions that construct them in favor of digital spaces that idealize them.”

While video games were described as vehicles for escape and stress relief, avatars appear to be specific, though uncommon, vehicles for coping related to military identity. Avatars helped gamers negotiate their own legitimacy and efficacy, particularly after they returned to civilian life.

Through avatars, Banks also observed a tension surrounding gamers’ identities and their approach to game play. While one individual explained that “the avatar is a special forces ‘badass’ in the heroic and cinematic sense. This pulls at me in a primal way, to be that ultimate warrior,” another shared that his avatar was “the ideal soldier, but being that has never been my goal.”

“When playing military games, in particular, they tended to express that their avatar was either an extension of them or someone they would never want to be,” Banks said. “Many of the military characters in video games were idealized representations they believed nobody can even achieve, so they didn’t want to try.”

Banks is exploring this research further in an ongoing study in collaboration with public health researchers at Johns Hopkins University. That study is investigating how military and veteran gamers use gaming to cope with diagnosed physical and psychological conditions and how their identities in both the military and civilian life intersect.