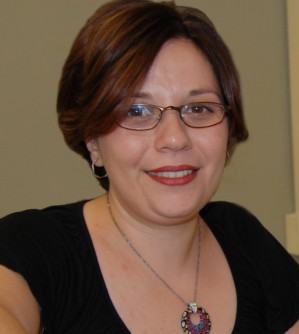 A Presidential Early Career Award for Scientists and Engineers has been awarded to Raffaella De Vita, associate professor of engineering science and mechanics at Virginia Tech.

Today, De Vita, associate professor of engineering science and mechanics at Virginia Tech, is one of 102 researchers named a recipient of the Presidential Early Career Award for Scientists and Engineers (PECASE), the highest honor bestowed by the United States government on science and engineering professionals in the early stages of their independent research careers.

The PECASE award will enhance her ongoing efforts of the five-year CAREER award.

The PECASE winners will receive their awards at a Washington, DC, ceremony in the coming year.

Pelvic floor disorders include urinary and/or fecal incontinence, and pelvic organ prolapse that occurs when the pelvic organs protrude into, or out of, the vaginal canal.

In the United States, the cost for pelvic organ prolapse surgeries alone is more than $1 billion annually, not counting costs associated with lost productivity or decreased quality of life. Women who suffer the disorder experience great pain and discomfort. Not much is known about pelvic floor disorders including prolapse because these disorders are not talked about as openly as, say, breast cancer, in the general population.

De Vita is working with several collaborative research partners including the Walter Reed Army Medical Center’s Department of Obstetrics and Gynecology in Washington, D.C., and the Biophysics Collaborative Access Team at the Argonne National Laboratory near Chicago.

Her strategy is to determine the elastic and viscoelastic properties of two major ligaments supporting the uterus and the vagina: the uterosacral and the cardinal ligaments. She and her colleagues are characterizing the roles these ligaments play as supportive structures of the uterus and the vagina. Using a specific type of X-ray diffraction imaging, they will then conduct further mechanical testing to learn new details about the microstructure of the ligaments.

“The lack of standardized stretching routines and surgical methods, which are based on scientific rather than empirical evidence, continues to be one of the major problems in the treatment of pelvic floor disorders,” De Vita added.

She also hopes to determine the structural and mechanical alterations that occur in human pelvic connective tissues during pregnancy, vaginal delivery, aging, and other pathological conditions including spinal cord injuries leading to pelvic floor disorders.