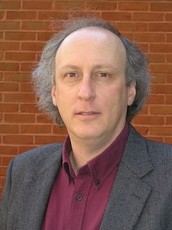 Newswise — The recent controversy about whether Wal-Mart Stores Inc. unlawfully pressured employees to vote against Democrats in November is another instance of the increasing erosion of free expression in the workplace, according to Bruce Barry, a Vanderbilt professor and author of a book on this subject.

"I see this as an example of an employer not so subtly pressuring workers to either hide their political beliefs or to falsify them for the benefit of their employers," said Barry, who wrote Speechless: The Erosion of Free Expression in the American Workplace. The book provides an in-depth examination of the state of free speech for workers, both on an off the job.

"Wal-Mart rejects the suggestion that they are 'telling associates how to vote,' but, as I point out in my book, one of the biggest employee free speech concerns is the chill that employer pressure to conform can place on worker free expression," Barry said. "Whether or not this turns out to amount to a technical violation of Federal Election Commission rules, it is sophistry to suggest that this kind of message from an employer doesn't have a chilling effect on the political and expressive rights of these employees. It's possible that they could find themselves disadvantaged if they express political views that happen to differ from those of a powerful corporate employer."

Several labor-rights groups including the AFL-CIO have asked the Federal Election Commission to investigate whether Wal-Mart broke federal election rules by advocating against Democratic candidate Barack Obama in meetings with employees. Wal-Mart denies that it has done anything wrong.

Speechless: The Erosion of Free Expression in the American Workplace