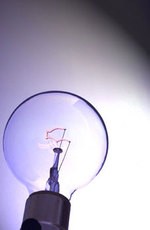 One 60-watt incandescent bulb may use up to 6,000 gallons of water a year.

Newswise — It is easy to overlook that most of the energy we consume daily, such as electricity or natural gas, is produced with the help of a dwindling resource " fresh water. Virginia Tech professor Tamim Younos and undergraduate student Rachelle Hill are researching the water-efficiency of some of the most common energy sources and power generating methods.

Younos, associate director at the Virginia Water Resources Research Center based at Virginia Tech and research professor of water resources in the College of Natural Resources and undergraduate researcher Hill, of Round Hill, Va., majoring in environmental science and aquatic resource concentration, in the College of Agriculture and Life Sciences, have analyzed 11 types of energy sources, including coal, fuel ethanol, natural gas, and oil; and five power generating methods, including hydroelectric, fossil fuel thermoelectric, and nuclear methods.

Younos said they based their calculations on available governmental reports by using a standard measurement unit, which makes this study unique. "Our unit is gallons of water per British Thermal Unit (BTU)," explained Younos. "We selected BTU as a standard unit because it indicates pure energy as heat and is applicable to all energy production and power generation methods."

In terms of power generation, Younos and Hill have found that geothermal and hydroelectric energy types use the least amount of water, while nuclear plants use the most.

Hill took the study one step further and calculated how many gallons of water are required to burn one 60-watt incandescent light bulb for 12 hours a day, over the course of one year. She found that the bulb would consume between 3,000 and 6,000 gallons of water, depending on how water-efficient the power plant that supplies the electricity is.

Hill added that the results are estimates of the water consumption based on energy produced by fossil fuel thermoelectric plants, which produce most of the Unites State's power " about 53 percent. "The numbers are even more staggering if you multiply the water consumed by the same light bulb by the approximately 111 million U.S. homes," said Hill. "The water usage then gets as high as 655 billion gallons of water a year."

By contrast, burning a compact fluorescent bulb for the same amount of time would save about 2,000 to 4,000 gallons of water per year.

Younos noted that the results of this analysis should be interpreted with a grain of salt. "There are several variables such as geography and climate, technology type and efficiency, and accuracy of measurements that come into play. However, by standardizing the measurement unit, we have been able to obtain a unique snapshot of the water used to produce different kinds of energy."

This study is part of a multi-college partnership at Virginia Tech led by Younos that proposes a unique approach to managing water and energy resources, called the Decentralized Energy and Water Systems (http://www.vwrrc.vt.edu/watercooler_nov07.html). Another research theme under the scrutiny by the Decentralized Energy and Water Systems scientists is to study rainwater harvesting as an alternative to using water from the public system for non-potable uses and the impact of rainwater harvesting on water and energy conservation and stormwater management.

Virginia Water Resources Research Center was established at Virginia Tech in 1965 by U.S. Congress as one of the nation's 54 water institutes. For more than 40 years, the center has offered research funding and education opportunities to water scientists and students from Virginia universities, and has conducted innovative, wide reaching water research.