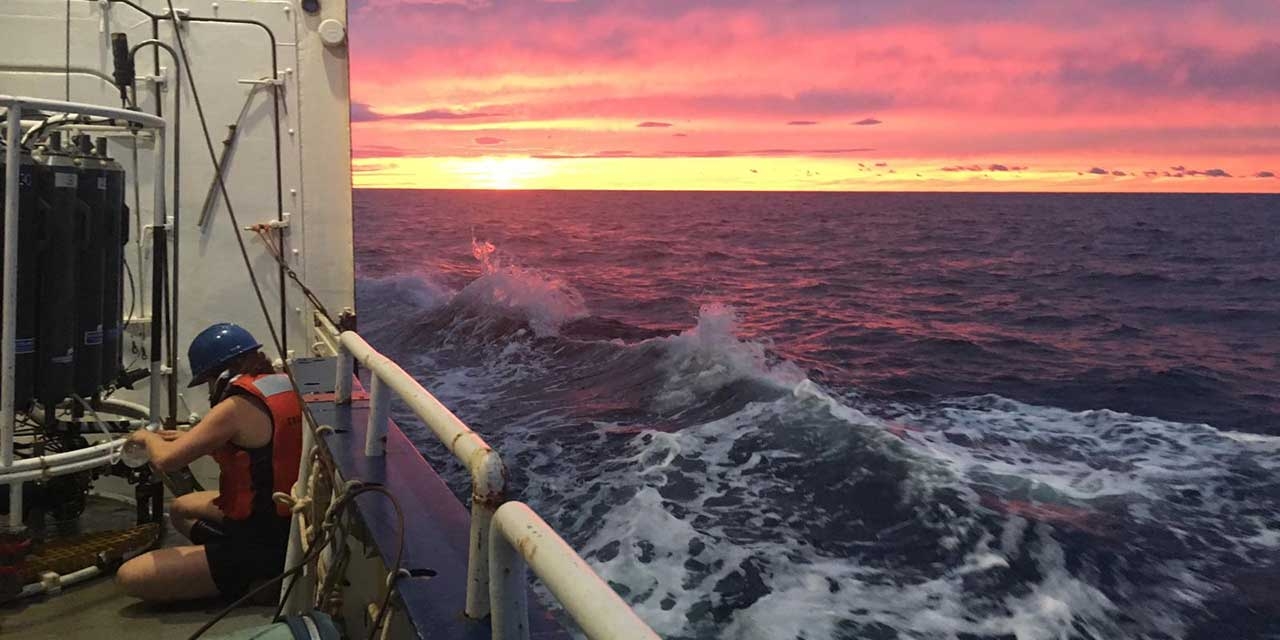 Newswise — As carbon emissions increase, how will the ocean respond to climate change? How does carbon dioxide cross from the atmosphere to the ocean? What happens to the carbon dioxide when it is in the ocean? Rachel Stanley, assistant professor of chemistry at Wellesley, has spent several months on research ships in the Atlantic Ocean and the equatorial Pacific Ocean collecting data that can answer these questions.

“Currently, the ocean takes up about one quarter of the CO2 emitted by fossil fuel, burning but this number could easily change,” said Stanley. “In order to predict the future CO2 balance of the planet, we need to understand the mechanisms of the marine carbon cycle—how the gas passes from the air to the sea, what happens once it’s in the ocean, and how carbon cycles through different biological pools, including phytoplankton and fish.”

To better understand these fundamental processes, researchers in the Stanley lab use gas tracers to measure the biogeochemical processes affecting carbon dioxide and oxygen in the ocean. They focus on two key puzzle pieces: air-sea gas exchange and the production of organic carbon through photosynthesis. Because carbon dioxide and oxygen levels often fluctuate and are easily subject to change, Stanley and her team of student researchers track the responses of chemically and biologically inert noble gases, such as neon, argon, krypton, and xenon, to make estimates about the transfer of carbon dioxide in air-sea gas exchange processes.

Once oxygen passes from the air to the ocean, photosynthetic organisms convert the gas into organic carbon. Some fraction of this organic carbon is exported to the deep ocean, where it is separated from the atmosphere for hundreds of years. To measure photosynthetic production, , Stanley and her team measure triple oxygen isotopes and oxygen/argon ratios. Then they analyze these rate data in combination with numerical modeling to calculate biological productivity.

Measurements are taken using mass spectrometers, a passion of Stanley’s. “I spend a lot of time with instruments, thinking like a mass spectrometer, tweaking them to measure chemicals better,” she said. “Once I can make a novel type of measurement, then I can address new questions and problems because I have new tools.” Among her innovations is the development of a specialized mass spectrometer that enables researchers to collect thousands of data points where they used to only be able to collect dozens. This great increase in data is revealing new information about the ocean and scales of variability not previously understood.

The recipient of a 2019 Henry Dreyfus Teacher-Scholar Award, Stanley finds teaching and research to be complementary ways to make a difference in the world. “I like bringing the excitement from the lab into the classroom, and showing students that the things they learn, even in an intro class, are relevant to state-of-the-art science,” she said.

“Wellesley research students are my partners in the lab,” Stanley said. “Together, we have made a lot of advances in the field.”