What Women Want-- How Personal Desire Impacts Pressure for Sex 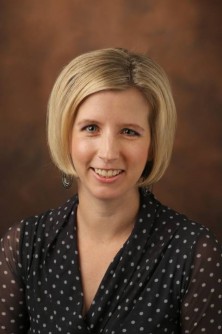 Newswise — New research finds young women who value their own desires as much as their partner’s, are less likely to engage in unwanted sexual activity.

“Young women who presume sex is primarily for the man’s benefit are less likely to see their indecisiveness around sex or lack of desire, as a reason to refuse sexual activity,” said Kettrey.

In contrast, Kettrey finds young women who are more comfortable with their sexuality “may be at decreased risk of engaging in undesired sex with their male partners because they know what they want and don’t want.”

WHY THIS IS IMPORTANT

Kettrey believes this type of examination of undesired sex, especially in today’s social climate, is an important area of research to help protect young women and men.

“Engaging in undesired sexual activity has been associated with a range of negative outcomes for young women including increased risk of sexual victimization, negative mental well-being and lowered ability to discuss condom usage with their partner,” said Kettrey.

Some of the results:

Kettrey argues that even though talking about physical intimacy is not completely taboo anymore, concerns around “over-sexualization” of girls and young women still paint a woman’s sexual desires as inappropriate, creating moral boundaries that stifle equality.

“Dominant sexual mores still juxtapose young men and women against one another,” said Kettrey. “The assumption is that young men have strong desires that they try to fulfill through their less desiring female partners. This can set women up to engage in undesired sex.”

[Media Note: Vanderbilt has a 24/7 TV and radio studio. The studio is free for Vanderbilt experts, other than reserving fiber time.]