When it Comes to Grief, One Size Doesn’t Fit All 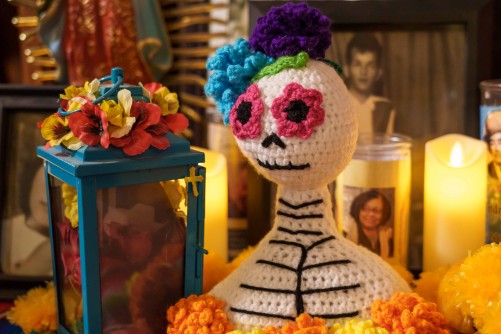 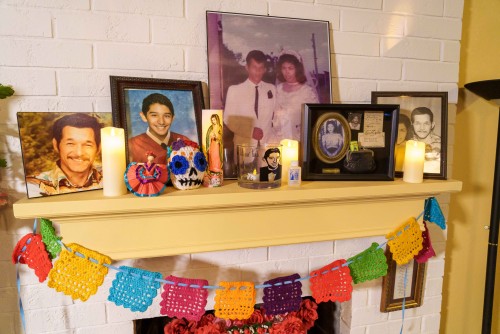 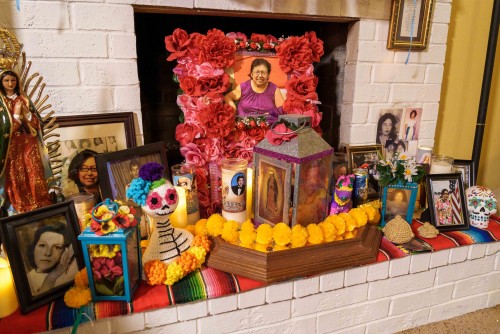 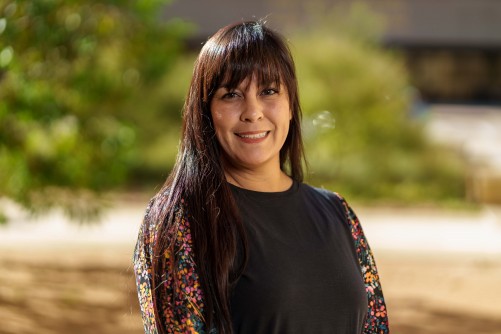 Michelle Saenz, a licensed professional associate supervised by Evelyn Haro Brister and a mental health clinician at the Texas Tech University Health Sciences Center (TTUHSC) School of Medicine, said celebrations of the dead such as Halloween, All Saints Day and Día de los Muertos (Day of the Dead) are often cultural traditions that have been passed down for generations.

Newswise — You don’t just lose someone once, you lose them every day, for a lifetime. —  Donna Ashworth

It is often joked that taxes and death are the only certainties in life, and while we all have the same general reaction to taxes, the ways by which we grieve the death of a friend or family member varies greatly from person to person. Cultural celebrations of the dead such as Halloween, All Saints Day and Día de los Muertos (Day of the Dead).

Michelle Saenz, a licensed professional associate supervised by Evelyn Haro Brister and a mental health clinician at the Texas Tech University Health Sciences Center (TTUHSC) School of Medicine, said celebrations of the dead such as Halloween, All Saints Day and Día de los Muertos (Day of the Dead) are often cultural traditions that have been passed down for generations. Ireland and Scotland are generally recognized as celebrating Halloween by decorating and leaving items for deceased family members and welcoming their spirits back. Other places such as Poland, Cambodia and Italy also remember the departed souls of their loved ones with similar cultural celebrations.

“In the U.S., we celebrate Halloween, All Saints (and) Día de los Muertos,” Saenz said. “It's just a mix of celebrations that bring back the souls and let them know that they are loved and they're always remembered.”

Most people in the U.S. are quite familiar with Halloween and its traditions, and many mistakenly believe  Día de los Muertos is the same thing in Mexico. However, Saenz said Día de los Muertos, which takes place Nov. 1-2 each year, is more than an evening of wearing spooky costumes, collecting candy and playing party games. It's a two-day holiday meant to reunite the living and the dead.

Día de los Muertos starts Nov. 1 with Día de los Angelitos (Day of the Little Angels). On that day, people celebrate the departed children by bringing snacks, candies, toys and photos to the ofrendas (offerings) they make for the occasion. The following day, Nov. 2, Día de los Difuntos (Day of the Adults) is observed during the day and Día de los Muertos (Day of All the Dead) at night. Saenz said the ofrenda includes a table decorated with marigolds, photos of the departed and servings of their favorite foods and drinks.

“The marigolds represent the path from the spirit world to the earthly worlds,” Saenz explained. “Sometimes there are sugar skulls (calaveras); they have a smile on them and they have the name of the person because they want the skulls to represent happiness. It’s like smiling at death (by) saying, ‘Even though you're gone, we love you; you are here we will always remember you.’”

Though these celebrations are meant to honor the departed, they do not replace the grief that is felt by loved ones immediately after the person passes. These feelings of loss can be confusing and difficult to navigate, especially for children who may not understand the concept and finality of death.

Margie Olivarez of Lubbock celebrates Day of the Dead because it helps to keep alive the memories of loved ones that have passed away. Though people often view death as a sad thing, Olivarez said sharing the experiences and memories of those who have passed brings her joy.

“It helps me in my grief process because I love talking about those that have gone before me, especially my parents,” Olivarez said. “I also remember my grandparents at that time. These were individuals that, unfortunately, I did not get to meet, but through the stories that were shared with us, I felt like I knew them.”

Saenz, who works with students from Pre-K through 12th grade as part of TTUHSC’s Campus Alliance for Telehealth Resources (CATR) and Texas Child Health Access Though Telemedicine (TCHATT) programs, said the earlier one starts talking to children about death, the more prepared they will be when they actually lose someone close to them. For the conversation to be most effective, one should talk to children about death in clear and direct language.

For example, Saenz said if a child finds a dead bug, that's a good time to start having a discussion with them. Explain to them that the bug is not coming back to life. It has died and we are going to bury it. Make sure the discussion is in their language and use terms that are appropriate for their age and always offer comfort.

“In processing grief for children, I always say don't wait, be direct, validate their response, share your own emotions with them (and) have an ongoing conversation,” Saenz stressed. “This is not something that you just stop and say, ‘We're not talking about this anymore,’ because they don't understand what is happening. They might understand a little bit at one age, and then they'll ask again at a different age, and you have to change the verbiage and change the language, because now they're understanding more.”

In addition to providing comfort, Saenz suggested letting the child see you cry and observe how your emotions also are affected by the loss. She said children don't need a lot of details; they just need to understand the basics until they're older. To aid in those often-delicate discussions, she recommends two books: “When Dinosaurs Die: A Guide to Understanding Death” by Laurie Krasny Brown and Marc Brown (though she covers some of the book’s material with a sticky note because there are parts younger children don't need to know about yet) and “The Invisible String” by Patrice Karst.

Saenz said the grieving process is among the many things that have been changed by the COVID-19 pandemic. The loss or postponement of traditional rituals and support systems that helped us deal with grief has been altered and our grieving has become extended and more isolated.

“We have lost the grieving process and it has been very difficult on people's mental health,” Saenz said. “Because of that, I think there needs to be more discussion on how to grieve, and (on) mental health in general…because COVID has left a lot of heartache.”

Saenz said it’s also important to remember that grieving is not linear; when a person grieves, they may grieve differently than you do.