Whose Numbers Determine if a Targeted Cancer Therapy is "Worth It?" 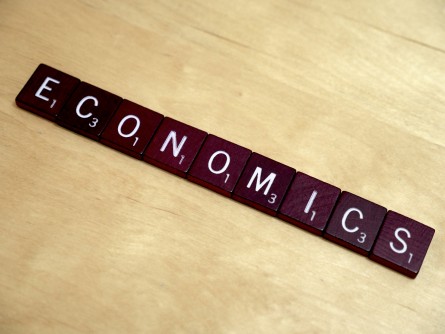 Economics influence cancer treatment decisions. But a CU Cancer Center article shows the numbers aren't as solid as they seem.

Newswise — Health economics helps insurers, health care systems and providers make treatment decisions based on the cost of extra “units” of health arising from a specific treatment. By calculating the cost for each year of life or quality-adjusted year of life gained, these groups can decide whether changing treatments or adding in a new treatment beyond the existing standard of care is “worth it.”

However, while the resulting incremental cost effectiveness ratio (ICER) is often presented as an absolute measure upon which to base these decisions, an opinion published by University of Colorado Cancer Center researchers D. Ross Camidge, MD, PhD, and Adam Atherly, PhD, suggests that the consumers of these data need to be much more aware of the assumptions underlying these calculations.

“Increasingly physicians are being presented with health economic analyses in mainstream medical journals as a means of potentially influencing their prescribing. However, it is only when you understand the multiple assumptions behind these calculations that you can see that they are by no means absolute truths,” Camidge says.

Take the case of targeted treatment for non-small cell lung cancer (NSCLC). Treating ALK+ lung cancer with crizotinib rather than with either 1st or 2nd line chemotherapy controls patients’ cancer longer and with fewer side effects – but is it cost effective?

One of the most prominent health economic assessments of crizotinib occurred within a Canadian study which showed that introducing crizotinb for ALK+ lung cancer would cost $255,970 per quality-adjusted life year gained (taking into account screening for the ALK abnormality, the cost of the drug, its benefits and side effects compared to standard second-line chemotherapy). This is above the threshold most insurers will pay and so according to this ICER, it seems as if treating ALK+ lung cancer with crizotinib is not necessarily worth it.

“But what if we change some of the assumptions used in the Canadian model?” Camidge and Atherly ask.

Similarly, as physicians become more familiar with the best use of a new drug and more informed about the diseases it treats, assumptions of a drug’s benefit used in an ICER may also change. For example, in the data used in the Canadian study only the 2nd line use of the drug was explored, but benefit in the 1st line setting now seems to be greater. If use of the drug results in more quality-adjusted life years gained, the drug is less expensive per unit.

Likewise, what if our evolving understanding of who and how we test for the ALK rearrangement makes us able to find this gene alteration in a greater percentage of the screened population? Perhaps early testing cost $50,000 to test 50 people to find one case of ALK+ lung cancer. That’s a cost of $50,000 to find one treatable case. But if optimized testing procedures are able to discover five cases of ALK+ cancer per every 50 tests, the testing cost per treatable case drops to $10,000.

As each component in the overall calculation is explored, Camidge and Atherly show that the resulting ICER can change to a greater or lesser extent.

“Something that might seem clear-cut from the outside really gets tricky and much less definite when you pull it apart,” Atherly says. “The cost per unit of health that is used to determine if a drug is or isn’t used seems like an unequivocal fact, but is often highly equivocal.”

“With multiple other examples of giving specific targeted drugs to specific molecular subtypes of disease occurring, it is becoming vitally important to accurately address the health economics of these personalized medicine scenarios. For if we don’t address the feasibility of actually delivering these breakthroughs to patients in the real world they will not be breakthroughs at all,” they write.