Newswise — The Blavatnik Family Foundation and the New York Academy of Sciences today announced the three Winners and six Finalists of the 2017 Blavatnik Regional Awards for Young Scientists. Established in 2007, the Awards are given annually by the Blavatnik Family Foundation and administered by the New York Academy of Sciences to honor the excellence of outstanding postdoctoral scientists from institutions across New York, New Jersey and Connecticut. Three regional Winners and six Finalists are chosen from the fields of Life Sciences, Chemistry, and Physical Sciences and Engineering. Each Winner is awarded $30,000, and each Finalist receives a $10,000 prize.

“We are delighted to honor and support this year’s outstanding Winners and Finalists as they pursue their remarkable scientific careers,” said Len Blavatnik, Founder and Chairman of Access Industries and head of the Blavatnik Family Foundation. “Their ongoing discoveries will have an enormous positive impact on the global scientific community for years to come.”

“While we have expanded our Awards program to recognize outstanding young scientists from across the nation and around the world, we began in the New York area because the region has one of the world’s highest concentrations of top-level research universities,” said Ellis Rubinstein, President and CEO of the Academy and Chair of the Awards’ Scientific Advisory Council. “Many of the most talented young researchers seek out these leading institutions to begin their journeys of scientific discovery. With such a plethora of talent in the region, our esteemed judges have had to make difficult decisions in order to select our honorees. We congratulate our outstanding Blavatnik Regional Award Winners and Finalists on being selected, and thank our judges for their diligence.”

The following postdoctoral researchers have been named Finalists in their respective categories:

About the 2017 Blavatnik Regional Award Winners

Dr. Lu's goal is to apply his discoveries to advance diagnosis, classification and treatment of cancer and other human diseases. That is why, for most of his career, Dr. Lu has striven to understand the underlying causes of cancer. His work has primarily been in the field of epigenetics – the study of heritable changes to our cells that go beyond DNA mutations. Throughout his career, Dr. Lu has identified ways in which the proteins involved in genome regulation and packaging are frequently altered in human cancers. He demonstrated that these abnormal changes cause cancer by blocking cellular differentiation – the normal process of less specialized cells growing and dividing into specialized cells like neurons or kidney cells. When differentiation is blocked, these cells grow and divide rapidly, leading to tumor formation. Intriguingly, Dr. Lu found that by correcting this abnormal epigenetic state of cancer cells he could halt the growth of tumors, effectively “reprogramming” the cancer cell back to health. Cancer treatments that alter cancer cells rather than killing them would be less toxic for cancer patients.

Dr. Ilott’s research has focused on the development of new magnetic resonance imaging (MRI) techniques that can scan electrochemical devices such as batteries and supercapacitors while they are functioning, revealing details of the operating conditions, critical failure mechanisms and chemical changes that occur inside these devices as they charge and discharge. He developed an MRI methodology that can pinpoint the location of dendrites growing inside lithium metal batteries. Dendrites are microscopic, tree-like structures that can grow between the electrodes in a cell and lead to short circuits and cause major safety concerns. Dendrite formation is one of the main barriers to implementing some of the most promising, next-generation battery technologies. By detecting precisely when and where the dendrites grow and correlating this information with the cycling conditions and the intrinsic properties of batteries, Dr. Ilott and colleagues can provide new insights into the conditions that lead to the formation of dendrites.

Dr. Ilott's recent breakthroughs have also allowed for the application of MRI to commercial, off-the-shelf batteries. This new technology has the potential to revolutionize and accelerate research into new battery materials, optimize quality control procedures in manufacturing, and enable profitable battery recycling projects to deal with the three billion batteries that are disposed of every year in North America alone.

Dr. Huh is now best known in the field of mathematics for his proof of the Rota conjecture: an underlying pattern in mathematical graphs that was always found to be true, but that had never been proven from first principles. The Rota conjecture was unexplained for more than 50 years until Dr. Huh, in collaboration with mathematicians Eric Katz and Karim Adiprasito, reinterpreted ideas from one area of math – singularity theory – to an entirely unrelated area: matroid theory. This notion of applying theory from one area of mathematics to an unrelated one has since been fruitful for Dr. Huh in proving other conjectures. He believes that there is an underlying unity between all the different ways of doing mathematics, be it algebraic, analytical, geometric, combinatorial, or another. His goal is to uncover this underlying unity as much as possible and build a framework that allows problems to be tackled with diverse methods.

2017 Blavatnik Regional Awards Winners and Finalists will be honored at the New York Academy of Science’s 14th annual Gala at the Conrad Hotel in New York on November 6, 2017.

About the Blavatnik Family Foundation

About the New York Academy of Sciences

The New York Academy of Sciences is an independent, not-for-profit organization that since 1817 has been driving innovative solutions to society’s challenges by advancing scientific research, education, and policy. With more than 20,000 Members in 100 countries, the Academy is creating a global community of science for the benefit of humanity. Please visit us online at www.nyas.org and follow us on Twitter at @NYASciences. 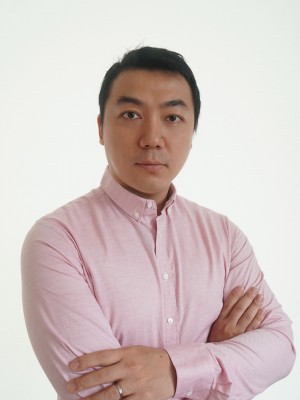 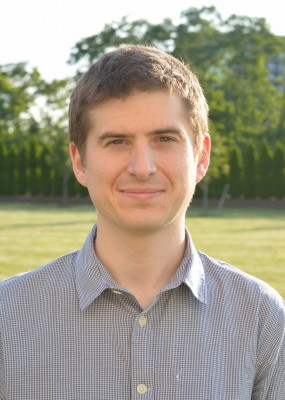 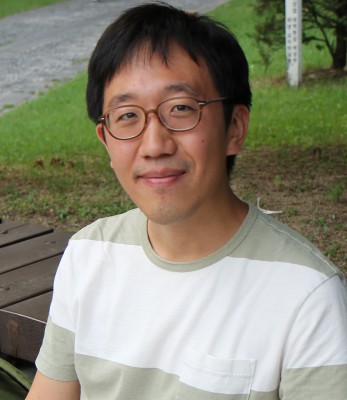