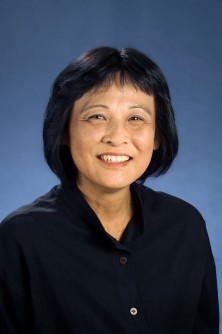 Nishikura’s research focuses on the RNA-editing enzyme ADAR1 as it hybridizes with the enzyme Dicer to promote Dicer activity. Dicer is a critical enzyme that is found in reduced levels in AMD patient retinas and is an essential protein for the creation of all microRNAs, which suppress expression of their target genes via RNA interference (RNAi)—an RNA-mediated gene silencing mechanism. This knowledge could be a new approach to preventing and treating AMD.

“Kazuko is a pioneer in the field of RNA editing,” said Russel E. Kaufman, M.D., president and CEO of The Wistar Institute. “She came to me and said, ‘I want to investigate whether or not ADAR1 has relevance to AMD development.’ I agreed that it’s a truly original and out of the box idea. I said that we know likely partners to support her work: The Macula Vision Research Foundation. MVRF founders Karen and the late Herb Lotman have been great friends of Wistar and their foundation is dedicated to finding a cure for AMD and willing to fund highly theoretical and experimental science.”

Nishikura’s interest in AMD was piqued when she discovered the innovative work of Dr. Jayakrishna Ambati, professor and vice-chair in the Department of Ophthalmology and Visual Sciences at the University of Kentucky College of Medicine.

“Essentially, the disease develops in the genes of retinal cells,” Nishikura said. “Apoptosis is triggered in retinal cells because RNAs of transposable elements (TEs) are accumulated. TE RNAs are cytotoxic to retinal cells and lead to irreversible eyesight loss in elderly patients. What made me curious is that, at the same time, the enzyme Dicer is reduced. Dicer is a critical enzyme for RNAi, which is apparently involved in degrading TE RNAs. If TE RNAs don’t increase then apoptosis isn’t triggered in the retinal cells.”

With no current treatments available, AMD is the leading cause of blindness among people aged 50 and over and is influenced by factors including genetics and environment. AMD takes place when the macula, the oval-shaped area in the back of the retina made up of light-sensing cells, is damaged.

“Nishikura’s hypothesis takes an unconventional route to investigating the mechanisms behind AMD pathogenesis,” said Dario Altieri, M.D., executive vice president and chief scientific officer of The Wistar Institute, director of Wistar’s Cancer Center, and the Robert and Penny Fox Distinguished Professor. “It uncovers new layers of complexity and the major role of RNA editing on the human genome, with great potential to reveal new therapeutic targets in AMD.”

Macula Vision Research Foundation (MVRF) is a national, non-profit organization whose mission is to restore the gift of sight by curing retinal diseases. MVRF funds groundbreaking, innovative research conducted by the world’s top scientists who are working tirelessly to find treatments and cures for retinal diseases, including macular degeneration and congenital childhood blindness.

The Wistar Institute is an international leader in biomedical research with special expertise in cancer research and vaccine development. Founded in 1892 as the first independent nonprofit biomedical research institute in the country, Wistar has long held the prestigious Cancer Center research advances move from the laboratory to the clinic as quickly as possible. The Wistar Institute: Today’s Discoveries – Tomorrow’s Cures. On the Web at www.wistar.org.