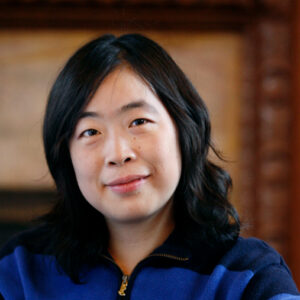 Newswise — Lan Yang, at the McKelvey School of Engineering at Washington University in St. Louis, has been selected to receive the Friedrich Wilhelm Bessel Research Award.

Yang, the Edwin H. & Florence G. Skinner Professor in the Preston M. Green Department of Electrical & Systems Engineering, was chosen for the award in recognition of her academic record. She has been editor-in-chief of Photonics Research since 2019 and is a fellow of several scientific organizations, including the American Physical Society. Yang is listed as one of the most-cited researchers in her field; her work has been cited nearly 17,500 times, according to Google Scholar.

As part of the award, Lan, who researches tiny photonic devices with unusual properties for controlling light, is invited to collaborate with specialist colleagues in Germany.

The award, given by the Alexander von Humboldt Foundation, was created to sponsor distinguished scientists in any discipline.