Do we have to choose between economy and public health in the era of COVID-19? University of Redlands economist says no. 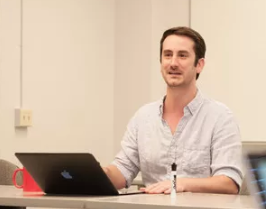 "One of the fundamental issues raised by COVID-19 has been whether the economy is at odds with public health. This has generally been framed as a tradeoff in which the more we protect the public's health (by social distancing and closing firms) the more we damage the economy. There is obviously a sense in which this tradeoff is real, for example, a closed restaurant does not produce meals. But when people discuss this tradeoff they aren't so much worried about the temporary loss of restaurant meals as they are their incomes, jobs, and the continued existence of their small businesses," says Nathaniel Cline, an economist at the University of Redlands.

"Here is where I would argue the tradeoff is actually non-existent. Federal policy is entirely able (given the political will) to provide direct support to household incomes so as to allow people to continue to acquire the necessities of life. But we can also combine this with direct support to firms and structure this support in such a way so as to maintain employment relationships. Finally, we are entirely able to pause major kinds of debt payments through federal policy. In other words, we can "pause" the economy while allowing people to live, to keep their jobs, and preventing bankruptcies.

"The fact that the federal government has chosen not to do this doesn't mean the economy and public health are opposed—it means that we are choosing to pit them against each other."

Have allergies? Worried about COVID-19 vaccine? Don’t be.

Even people who have experienced severe allergic reactions to food, latex, pets, pollen, or bee stings should get the coronavirus vaccine, UW Medicine allergy and infectious disease experts say.