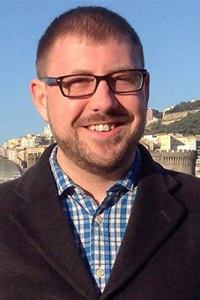 In the fight against this new coronavirus, some of the most effective tools are a couch and a television in your own home.

Public health officials are asking people to avoid socializing with others to mitigate the spread of COVID-19. That means people often have to make tough decisions about how to respond.

It’s this kind of moral decision-making that Paul Conway studies. Conway, an assistant professor of psychology at Florida State University, investigates the psychology of morality and justice. His work examines how people think about good and bad, whether to help or harm others and the complex ways that a person’s self-perception influences their behavior.

Conway is available to discuss how people make moral decisions regarding socializing during this coronavirus outbreak:

Public health officials have spoken about the need for people to avoid gatherings and socializing to mitigate the spread of COVID-19. Can you give some insight as to how individuals make moral decisions in this situation?

People use a variety of mechanisms to make decisions. Some people will focus primarily on the cognitive processing of overall costs and benefits. They will likely use a lot of data to inform their decisions, and this means likely engaging in strong social isolation but perhaps making rare exceptions for small gatherings if they deem the risk small enough or the reward for those gatherings high enough.

Other people will likely rely on simple rule heuristics, which means the more that governments and health officials and church leaders emphasize social distancing, the more likely they are to engage in social distancing without question or modification. Other people may rely primarily on their emotions or their intuitions about the likelihood of infecting others.

The problem is that the direct link between one’s behavior and the outcomes is vague, potential victims are not easily identified or noticed because people might get infected days later rather than directly in the line of vision of the people making decisions.

How do public officials manage moral judgments in this situation? One example that has been in the media is managing potential long-term economic fallout from this outbreak, which carries its own risks for vulnerable people.

I think the question of how institutions deal with this crisis is quite interesting. By instituting a social distancing policy, governments and other institutions are inflicting some costs or at least inconvenience on many people with the goal of preventing a greater degree of harm to society. This is clearly a laudable goal. It’s an example of utilitarian thinking, of aiming at maximizing overall utility in society.

To varying degrees, social distancing policies cause challenges for individuals, and that’s particularly true for more vulnerable people. We have research that shows that some people may think of inflicting any harm on individuals as absolutely unacceptable, especially when they are deeply emotionally impacted — when it hurts on a personal level. On the other hand, many people understand the broader social importance of inflicting such costs to prevent greater suffering. This means that decision-makers such as governors or leaders of organizations face a sacrificial dilemma.

In our research we find that people judge decision-makers who accept some harm to individuals in service of the greater good as competent and effective leaders but also as cold and untrustworthy. Conversely, leaders who refused to directly inflict costs on people even though this allows greater harm to proceed are viewed as warm and trustworthy but incompetent, unintelligent and poor leaders.

We have also found that to combat this trade-off, leaders should clearly communicate that they experience both emotional concern for individuals and cognitive concern for the overall well-being of society.

Officials have been urging people to avoid spending time with others. Is there research that suggests any specific things they can say to make their request more effective?

There has recently been some research in which scholars investigated three strategies to promote compliance with social distancing. The least effective approach was admonishing people to maximize overall utility for the greater good. Slightly more effective was admonishment to adhere with ethical norms against causing harm. By far the most effective approach was a virtue ethics approach: Reminding people that they want to be the kind of person who is good to others.

There’s this element of probability in all this, and lots of work shows that when there’s only probabilities of victims rather than guarantees, people have a very difficult time processing how their actions affect others.

The solution, therefore, is to use vivid visual imagery to help people directly connect their behavior to specific, identifiable victims. For example, we could ask people to think of a vulnerable person they are personally connected to, such as their grandma, or the sweet, little old lady down the street or a child on a ventilator. That gets them to think about how their actions might spread germs that directly impact this person. Human beings do much better processing harm when it is directed at a specific individual rather than a vague group.

Also broadcasting images of specific people affected by the coronavirus and linking that directly to the behavioral choices of kids on spring break or whoever’s not complying with social distancing will help induce a feeling of personal responsibility and perhaps guilt on those who continue to defy quarantine. This, together with appealing to virtue ethics, is likely to be an effective combination at moving the needle.

Do individuals manage moral dilemmas differently in a situation like this outbreak, where there is a widespread call to public action, compared to dilemmas without that element?

The question of how people make moral decisions under this kind of circumstance is not well understood. However, my data suggests that some people, to a degree, adjust moral decisions based on their perceived social consensus. When it’s clear that the vast majority of people believe one thing, that should enhance the moral weight of that thing.

In other words, the more we can get all governments and business leaders and health leaders and church leaders on the same page, the more effective the pressure should be. However, the converse is also true. If there’s even a few rebel leaders out there who downplay the virus or reject social distancing, that can embolden people to likewise abandon social distancing themselves.

The American Thoracic Society rolls out a new video to address vaccine hesitancy and answer common questions amid the COVID-19 pandemic.

Had COVID-19? One Vaccine Dose Enough; Boosters For All, Study Says

A new study in ACS Nano supports increasing evidence that people who had COVID-19 need only one vaccine dose, and that boosters could be necessary for everyone in the future.

Penn Medicine will continue its collaboration with the West and Southwest Philadelphia communities to operate a series of COVID-19 vaccine clinics in partnership with community organizations, faith-based institutions, restaurants, barbershops, and even professional sports teams thanks to $1 million in funding from the City of Philadelphia, in partnership with PMHCC.

The Prevent COVID U study, which launched in late March 2021 to evaluate SARS-CoV-2 infection and transmission among university students vaccinated with the Moderna COVID-19 Vaccine, has expanded beyond the university setting to enroll young adults ages 18 through 29 years and will now also include people in this age group who choose not to receive a vaccine.