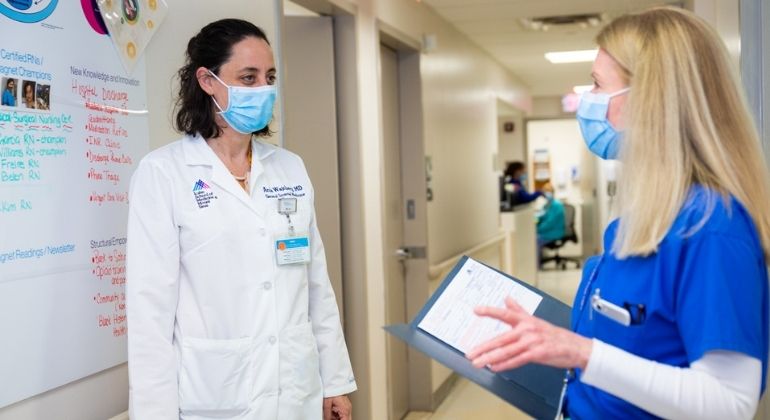 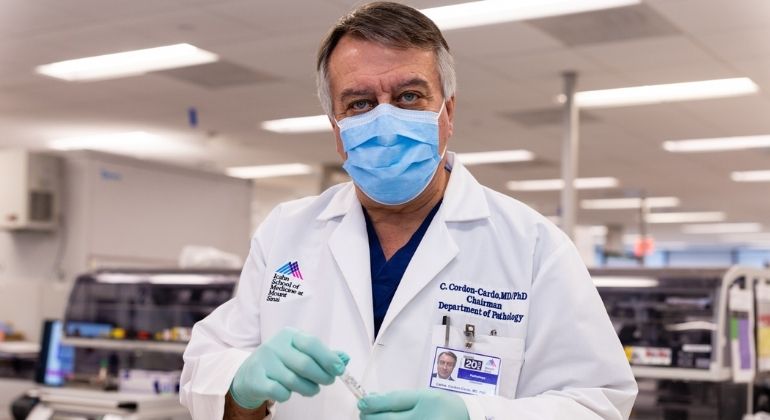 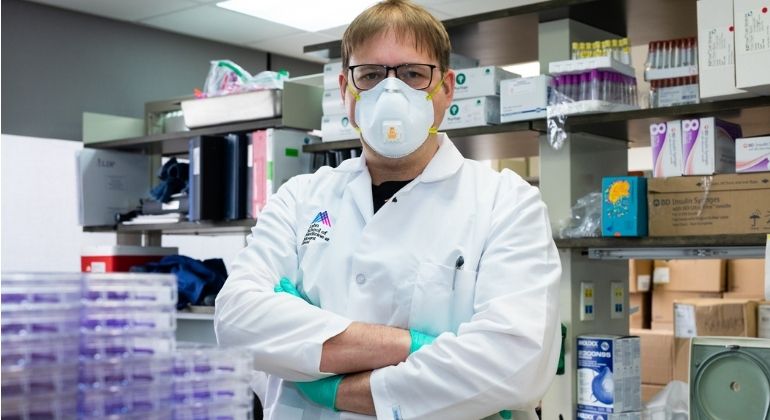 Florian Krammer, PhD, in his lab at the Icahn School of Medicine at Mount Sinai

Newswise — (New York, NY – October 28, 2020) – The vast majority of individuals infected with mild-to-moderate COVID 19 mount a robust antibody response that is relatively stable for at least five months, according to research conducted at the Icahn School of Medicine at Mount Sinai and published October 28, in the journal Science. Additionally, the research team found that this antibody response correlates with the body’s ability to neutralize (kill) SARS-CoV-2, the virus that causes COVID-19.

“While some reports have come out saying antibodies to this virus go away quickly, we have found just the opposite – that more than 90 percent of people who were mildly or moderately ill produce an antibody response strong enough to neutralize the virus, and the response is maintained for many months,” said Florian Krammer, PhD, Professor of Vaccinology at the Icahn School of Medicine at Mount Sinai and a senior author of the paper. “Uncovering the robustness of the antibody response to SARS-CoV-2, including its longevity and neutralizing effects, is critically important to enabling us to effectively monitor seroprevalence in communities and to determining the duration and levels of antibody that protect us from reinfection. This is essential for effective vaccine development.”

Study findings are based on a dataset of 30,082 individuals, who were screened within the Mount Sinai Health System between March and October, 2020. The antibody test used in this research—an enzyme-linked immunosorbent assay (ELISA)—is based on the virus’s telltale spike protein that contains the machinery that enables it to attach and gain entry into our cells. The ELISA assay was developed, validated, and launched at Mount Sinai by a team of internationally renowned researchers and clinicians. The Mount Sinai antibody test detects the presence or absence of antibodies to SARS-CoV-2 and, importantly, is capable of measuring the titer (level) of antibodies an individual has. The high sensitivity and specificity of this test—meaning that a false negative or false positive is highly unlikely—allowed it to be among the first to receive emergency use authorization from New York State and the U.S. Food and Drug Administration.

In late March, Mount Sinai began to screen individuals for antibodies to SARS-CoV-2 in order to recruit volunteer donors for its convalescent plasma therapy program—one of the first such programs in the nation. The Clinical Laboratories of The Mount Sinai Hospital set up antibody test results using distinct dilutions set at 1:80, 1:160, 1:320, 1:960 or ≥1:2880. The antibody titer score is generated by the number of times the scientist can dilute a patient’s serum and still be able to detect the presence of antibodies. Titers of 1:80 and 1:160 were categorized as low titers; 1:320 moderate; and 1:960 or ≥ 1:2880 were high.

“Our microbiology colleagues generated great science and tools that were brought from the research lab into the clinical laboratory, where we were able to implement robust and compliant diagnostic tests at an unprecedented pace,” said Carlos Cordon-Cardo, MD, PhD, Irene Heinz Given and John LaPorte Given Professor and Chair of Pathology, Molecular and Cell-Based Medicine and last author of the paper. “The tireless efforts of so many have enabled us to uncover knowledge that can help inform COVID-19 policy and aid in vaccine development.”

Another important and outstanding question in the scientific community is the longevity of the antibody response to the spike protein. To answer that question, the team recalled 121 plasma donors at a variety of titer levels for repeat antibody testing at approximately 3 months and 5 months post-symptom onset. When comparing overall titers, they saw a slight drop from a geometric mean titer (GMT) of 764 to a GMT of 690 from the first to second testing time point and another drop to a GMT of 404 for the last testing time point, indicating that a moderate level of antibody is retained by most people 5 months after symptom-onset. In the higher titer range, they observed a slow decline in titer over time. Interestingly, they saw an initial increase in titer for individuals who had originally tested as having low to moderate titer levels. This is in agreement with earlier observations from their study group that indicate seroconversion in mild COVID-19 cases might take a longer time to mount.

“The serum antibody titer we measured in individuals initially were likely produced by plasmablasts, cells that act as first responders to an invading virus and come together to produce initial bouts of antibodies whose strength soon wanes,” said Ania Wajnberg, MD, Director of Clinical Antibody Testing at the Mount Sinai Hospital and first author of the paper. “The sustained antibody levels that we subsequently observed are likely produced by long-lived plasma cells in the bone marrow. This is similar to what we see in other viruses and likely means they are here to stay. We will continue to follow this group over time to see if these levels remain stable as we suspect and hope they will.”

The Mount Sinai data reveals antibody binding titers to the spike protein correlate significantly with neutralization of SARS-CoV-2 and that the vast majority of individuals with antibody titers of 320 or higher show neutralizing activity in their serum that are stable over a period of at least 3 months with only modest declines at the 5-month time point. Correlates of protection have been established for many different viral infections including influenza, measles, hepatitis A, hepatitis B. These correlates are usually based on a specific level of antibody acquired through vaccination or natural infection that significantly reduces the risk of reinfection. The team will continue following this study cohort over longer intervals of time. Although this cannot provide conclusive evidence that these antibody responses protect from reinfection, the team believes it is very likely that the antibodies will decrease the odds of getting reinfected and may attenuate disease in the case of breakthrough infection. To inform policy for the COVID-19 pandemic and for the benefit of vaccine development, it is imperative to swiftly perform studies to investigate and establish a correlate of protection to SARS-CoV-2.  Such investigations are currently being carried out by researchers at the Icahn School of Medicine at Mount Sinai.

This work was partially supported by the National Institute of Allergy and Infectious Diseases Centers of Excellence for Influenza Research and Surveillance, the Collaborative Influenza Vaccine Innovation Center, and the generous support of the JPB Foundation, the Open Philanthropy Project, and other philanthropic donations.

About the Mount Sinai Health System
The Mount Sinai Health System is New York City's largest academic medical system, encompassing eight hospitals, a leading medical school, and a vast network of ambulatory practices throughout the greater New York region. Mount Sinai is a national and international source of unrivaled education, translational research and discovery, and collaborative clinical leadership ensuring that we deliver the highest quality care—from prevention to treatment of the most serious and complex human diseases. The Health System includes more than 7,200 physicians and features a robust and continually expanding network of multispecialty services, including more than 400 ambulatory practice locations throughout the five boroughs of New York City, Westchester, and Long Island. The Mount Sinai Hospital is ranked No. 14 on U.S. News & World Report's "Honor Roll" of the Top 20 Best Hospitals in the country and the Icahn School of Medicine as one of the Top 20 Best Medical Schools in country. Mount Sinai Health System hospitals are consistently ranked regionally by specialty by U.S. News & World Report.

Caption: Florian Krammer, PhD, in his lab at the Icahn School of Medicine at Mount Sinai