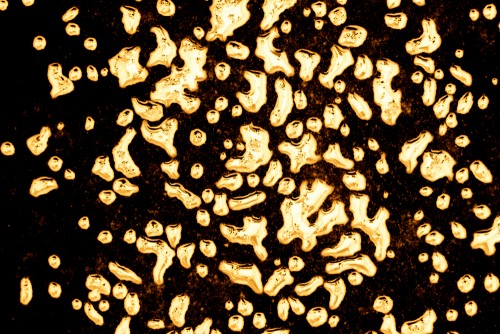 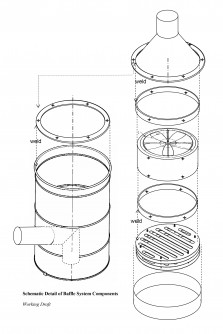 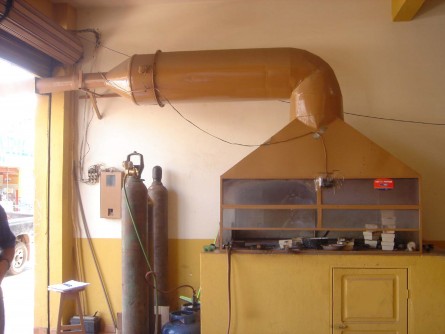 Typical gold shop hood used to purify gold by superheating the gold/mercury amalgam until the mercury vaporizes. The vaporized mercury is directed outside the shop into the open air where it descends onto homes, water and food of the local populations. 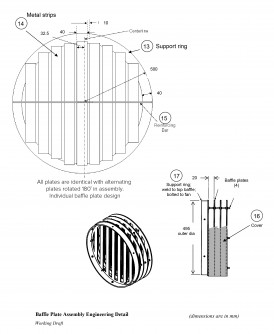 Newswise — In any given year, workers in artisanal and small-scale gold mining shops in remote locales like Brazil and Peru release an estimated 700 tons of airborne mercury from their rooftops.

Collectively, these shops purify nearly 20 percent of the world’s gold supply before it is shaped and sold in stores. Through a generations-old process, small-scale miners use hand tools and chemicals to extract gold from the ground. Miners use mercury as an easy way to extract gold pieces during the sifting process, which separates out dirt and other materials. The resulting gold and mercury mixture is then brought to shops that separate this harmful chemical from the gold.

Gold is separated out by burning off mercury with high-temperature torches that release vaporized mercury into the air. Eventually, these vapors fall back to the ground and contaminate food and water.

To decrease these emissions and the accumulation of mercury in the environment from artisanal and small-scale gold mining shops, the U.S. Department of Energy’s Argonne National Laboratory, led by the Environmental Protection Agency (EPA), designed a prototype mercury capture system (MCS). The MCS channels the vaporized mercury droplets into a converted steel drum that condenses the mercury and captures nearly 80 percent of the aerosol particles.

Though this purification process does not occur in the United States, the global reach of airborne mercury does settle into our waterways, which gets into the fish that we eat.

Site evaluations found that only five percent of the Brazilian gold shops had any type of mercury control system, and all sites exceeded safe levels of exposure to mercury.

“All of the shops we assisted in Brazil were venting mercury out of long ducts directly into the street or into homes, and those in Peru had no ventilation at all,” said Argonne environmental systems engineer Margaret MacDonell. “So we were not just concerned with the particles in the air but also the mercury that settled in the water supply, where people fish.”

These locations experience an increased risk of exposure and potentially negative health effects. Mercury is considered neurobehavioral (affecting the nervous system, which affects a person’s behavior); significant exposure can lead to effects such as difficulty learning and tremors.

The Argonne/EPA team built, installed and tested MCS prototypes at several gold shops in the Amazon region, and worked with locals on the ground to determine the best configuration of fume hoods and exhaust chimneys to capture mercury vapors.

With this information, the team created MCS prototypes that cost less than $500 in materials to build. This low cost was key to the system's success; if gold shops could not afford it, they would not use it. The MCS can also be retro-fitted to nearly any type of hood that gold shops use to funnel mercury vapors out of their shops.

The system's components include a 55-gallon steel drum, drum cover, circulating fan, flow pipe and drainage tube to collect the mercury. Stacked slotted plates, called baffles, provide layered surfaces onto which the particles of mercury stick as the fan moves the hot air from the hood to the exhaust pipe outside.

“I knew this was going to work once we realized that we were dealing with much larger particles," said Argonne mechanical engineer Jim Bailey, "especially when they took apart some of the ducts from the shops, and there in the bottom lay pools of mercury. We just needed to capture it.”

The team's second prototype was the breakthrough, removing nearly 80 percent of the particles from the air exhaust, and was first to use the baffle-plate system. The key to this prototype's efficiency was its unusually large hood and exhaust duct, which allowed the mercury particles more time to stick together.

“We wanted to design a system to address the significant mercury exposure affecting both the shops and the homes that purify gold,” said MacDonell. “Many people have been burning mercury for decades because that is the way their grandparents or neighbors did it. We helped develop a better way of thinking about the process.”

Since October 2013, 122 countries have signed the Minimata Convention on Mercury. This international convention protects human health and the environment from mercury's negative impacts by promoting mercury-free mining practices. But until those practices become widespread, the MCS can help developing countries reduce mercury emissions.

The 2013 Minimata Convention convened to address this global issue and bring greater awareness to the environmental and health effects of mercury. The convention sparked an international conversation to promote mercury awareness and protect human health and the environment from mercury emissions.

“This is a global cycling problem," said Marilyn Livingood, senior program manager with the EPA’s Office of International and Tribal Affairs. "Just in the areas where we installed the prototype systems, there are dangerously high levels of mercury in and outside of these gold shops. Our job is to try and help people there and let them know that they can reduce exposure. That’s why the more countries that know about our technology, the better situation we are in.”

“As engineers, the things we create help people, albeit in an indirect way,” said Bailey. “But this was something really special. We had direct involvement in bettering the lives of real people. That human aspect just makes you feel good about the work you do.” 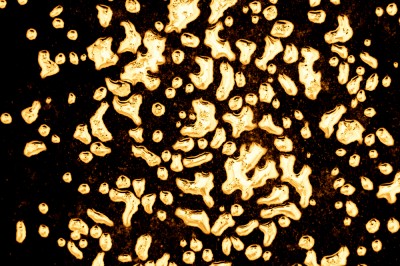 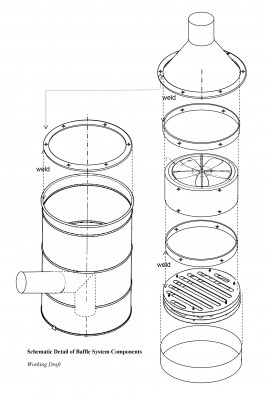 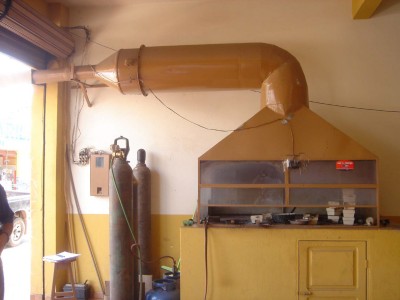 Caption: Typical gold shop hood used to purify gold by superheating the gold/mercury amalgam until the mercury vaporizes. The vaporized mercury is directed outside the shop into the open air where it descends onto homes, water and food of the local populations. 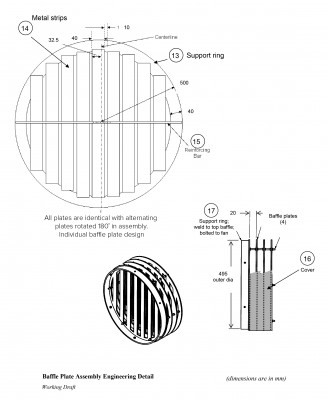 Caption: The EPA/Argonne mercury capture system features a series of baffle plates that capture large mercury particles. It only takes about 6 seconds from point of vaporization for the mercury particles to grow large enough to impact the plates, which prevent approximately 80 percent of mercury particles from reaching the outside.