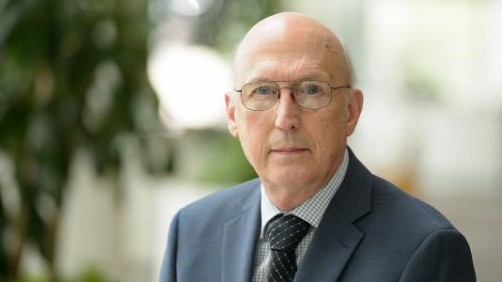 Newswise — Jim Morman has been elected a fellow of the American Nuclear Society (ANS) — the highest grade of membership that the society offers.

ANS selected Morman, a scientist at the U.S. Department of Energy’s (DOE) Argonne National Laboratory, in recognition of his outstanding scientific and professional contributions to his field, specifically those related to criticality safety, or the prevention of nuclear and radiation-related accidents.

“Jim is the subject matter expert at Argonne for criticality safety. He is committed to using his leadership skills and technical abilities to make nuclear research and development safer at Argonne and across the country.” — Temitope Taiwo, director, NSE division

In addition to being a charter member and past chair of the DOE Criticality Safety Support Group (CSSG), he has performed numerous safety analyses and risk assessments for various reactors and nuclear facilities including Los Alamos National Laboratory, Oak Ridge National Laboratory and the Y-12 National Security Complex. He is currently a Lead Principal Nuclear Engineer and Technical Project Coordinator in Argonne’s Nuclear Science and Engineering (NSE) division. He actively serves in the Nuclear Criticality Safety Division (NCSD) of ANS, where he received the 2004 NCSD Award for Technical Excellence.

“Jim is a subject matter expert at Argonne for criticality safety. He is committed to using his leadership skills and technical abilities to make nuclear research and development safer at Argonne and across the country,” said Temitope Taiwo, director of the laboratory’s NSE division.

In addition to his professional contributions, Morman’s current projects include management of projects to convert research reactors around the world to low-enriched uranium fuel as part of the National Nuclear Security Administration’s Material Management and Minimization program. He also led the development of multiple popular training modules for criticality safety engineers, and he holds two patents based on his research at Argonne.

An international organization with approximately 11,000 members, ANS represents more than 1,000 corporations, educational institutions and government agencies. As a fellow, Morman will further the society’s efforts to integrate nuclear science and technology disciplines and to encourage the field’s advancement through education and advocacy.