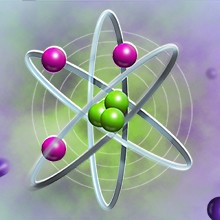 Trying to understand a system of atoms is like herding gnats – the individual atoms are never at rest and are constantly moving and interacting. When it comes to trying to model the properties and behavior of these kinds of systems, scientists use two fundamentally different pictures of reality, one of which is called “statistical” and the other “dynamical.” The two approaches have at times been at odds, but scientists from Argonne recently announced a way to reconcile the two pictures.

Newswise — Trying to understand a system of atoms is like herding gnats – the individual atoms are never at rest and are constantly moving and interacting. When it comes to trying to model the properties and behavior of these kinds of systems, scientists use two fundamentally different pictures of reality, one of which is called “statistical” and the other “dynamical.”

The two approaches have at times been at odds, but scientists from the U.S. Department of Energy’s Argonne National Laboratory announced a way to reconcile the two pictures.

In contrast, the dynamical approach provides a detailed account of how and to what degree these states are explored over time. In dynamics, a system may not experience all of the states that are in principle available to it, because the energy may not be high enough to surmount the energy barriers or because of the time window being too short. “When a system cannot ‘see’ states beyond an energy barrier in dynamics, it’s like a hiker being unable to see the next valley behind a mountain range,” said Argonne theorist Julius Jellinek.

When choosing one approach over the other, scientists are forced to take a conceptual fork in the road, because the two approaches do not always agree. Under certain conditions – for example, at sufficiently high energies and long time scales – the statistical and the dynamical portraits of the physical world do in fact sync up. However, in many other cases statistical mechanics and dynamics yield pictures that differ markedly.

“When the two approaches disagree, the correct choice is dynamics because the states actually experienced by a system may depend on the energy, the initial state and on the window of time for observation or measurement,” Jellinek said. However, not having the statistical picture is “kind of a loss,” he added, because of the power of its tools and concepts to analyze and characterize the properties and behavior of systems.

The problem is that when it comes to the vibrational motion of systems, scientists had an exact solution for the density of states for only two idealized cases, which are sets of so-called harmonic or Morse oscillators. Though real systems are neither of the two, the ubiquitous practice was to use the harmonic approximation, which hinges on the assumption that real systems behave not too differently from harmonic ones.

This assumption is not bad at low energies, but it becomes inadequate as the energy is increased. Considerable effort has been invested over the last eight decades into attempts to provide a solution for systems that do not behave harmonically, Jellinek said, and until now, the result has been a multitude of approximate solutions, which are all limited to only weak departures from harmonicity or suffer from other limitations. A general and exact solution for vibrational density of states for systems with any degree of anharmonicity remained an unsolved problem.

In a major recent development, Jellinek, in collaboration with Darya Aleinikava, then an Argonne postdoc and now an assistant professor at Benedictine University, provided the missing solution. The methodology they formulated furnishes a general and exact solution for any system at any energy.

“This long-standing fundamental problem is finally solved,” said Jellinek. “The solution will benefit many areas of physics, chemistry, materials science, nanoscience and biology.”

The solution provided solves yet another problem – it reconciles the statistical and dynamical pictures of the world for even those conditions in which they previously may have disagreed. Since the solution is based on following the actual dynamics of a system at relevant energies and time scales, the resulting densities of states are fully dynamically informed and may be sensitive to time. As such, these densities of states lay the foundation for formulation of new statistical mechanical frameworks that incorporate time and reflect the actual dynamical behavior of systems.

A paper based on the research, “Anharmonic densities of states: A general dynamics-based solution,” was published in the June 2 edition of The Journal of Chemical Physics.