With recent DOE investment into QIS, and a new PNNL-Microsoft partnership, PNNL's chemistry research will soon leverage the power of quantum computing to make advancements in catalysis, photo-induced charge transfer, and materials science. 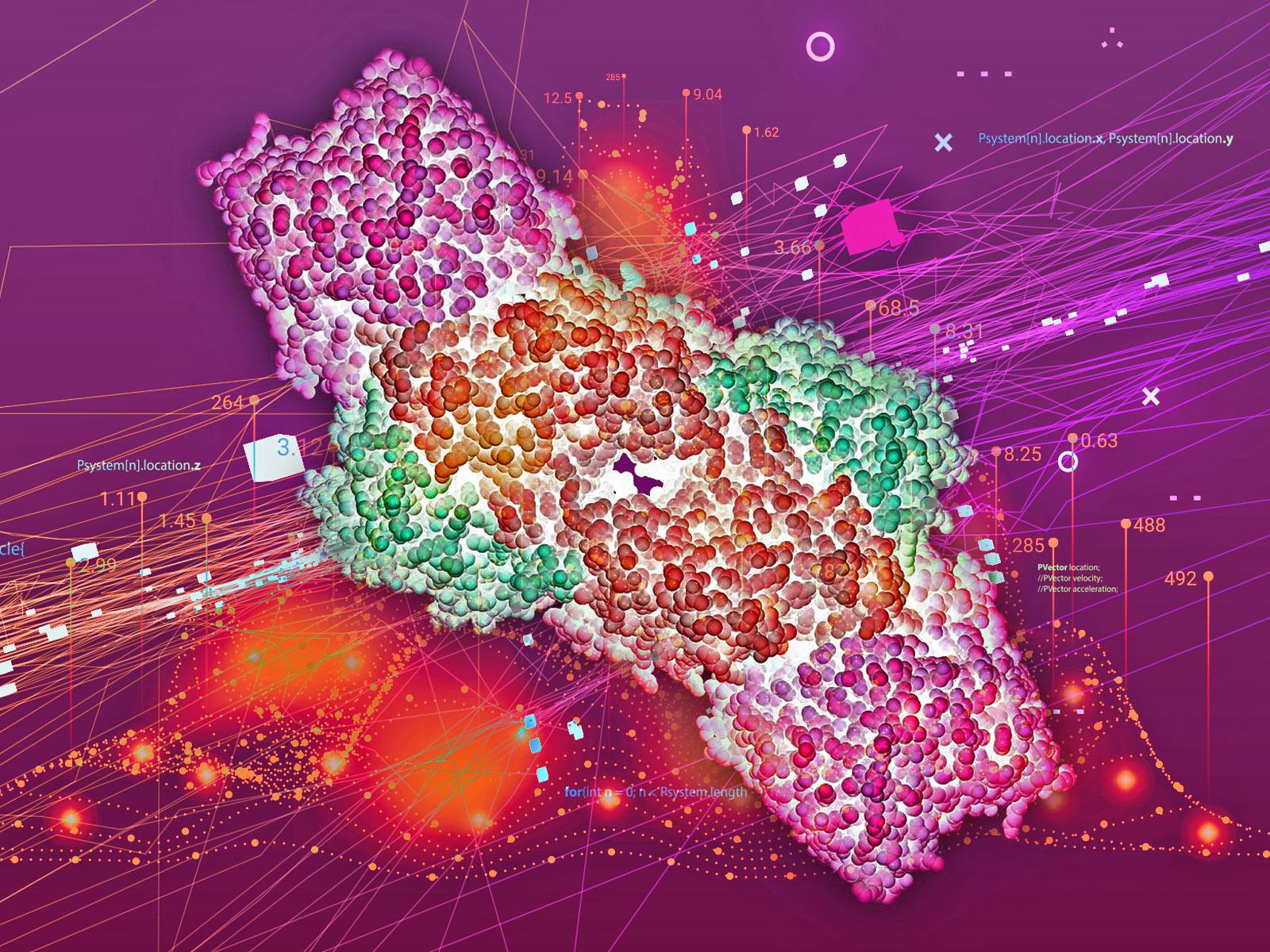 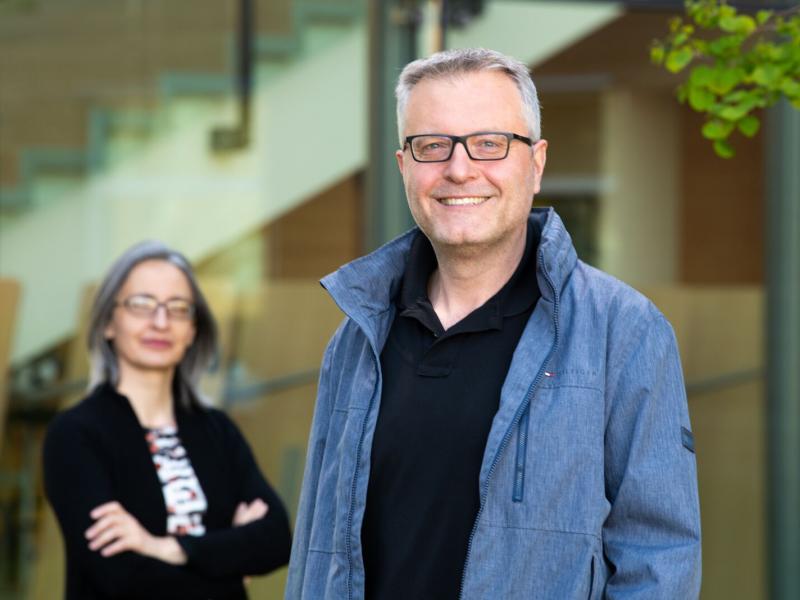 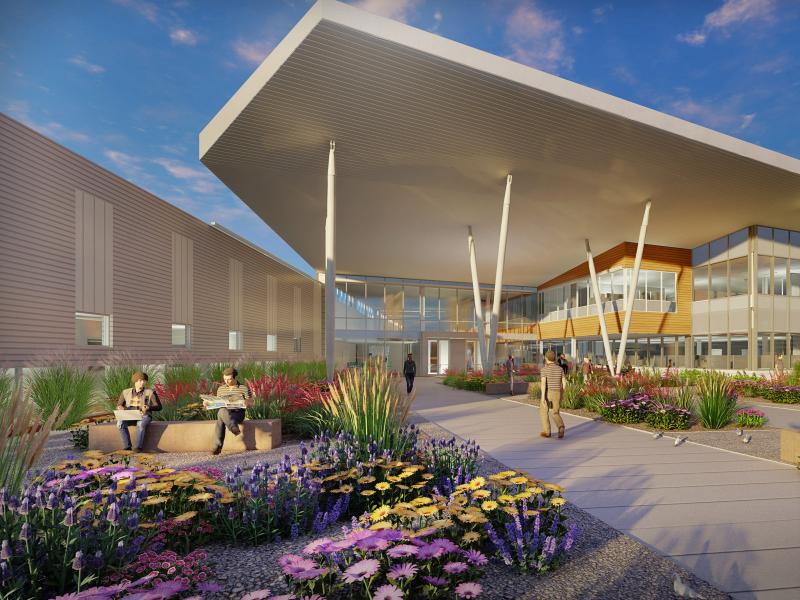 Today, as part of a top-notch research team aided by advanced computing, Raugei and his colleagues stand primed to crack an important hidden code: nature’s intricate method for releasing energy on demand.

“We want to know how to funnel energy precisely at the right time, in the right spot, to perform the chemical reaction we want—just like enzymes do in nature,” said Raugei, a computational scientist who leads the physical biosciences research at Pacific Northwest National Laboratory (PNNL). “Advances in computing have helped us make tremendous progress in the past five or six years. We now have a critical mass of capabilities and knowledge.”

The research is part of PNNL’s focus on reinventing chemical conversions, which supports the goals of the U.S. Department of Energy Office of Science, Basic Energy Sciences (BES) program. One of the programs’ many goals is to understand, at an atomic level, how natural catalysts churn out specific reactions, over and over, in the blink of an eye.

The ability to mimic these natural reactions could profoundly improve the design of new synthetic catalysts for producing cleaner and more efficient energy, industrial processes, and materials.

Raugei described the BES Physical Biosciences program as the visionary effort that brought together individual research groups and experimentalists to collaborate on “big questions in biocatalysis”—specifically, how to control matter and energy.

The questions don’t get much bigger than that.

At PNNL, Raugei teams closely with fellow computational scientists Bojana Ginovska and Marcel Baer to examine the inner workings of enzymes. Found within every living cell, these miniscule multi-taskers direct all sorts of reactions for different functions.

Through feedback loops between theory, computer simulations, and experimentation among PNNL and university collaborators, the scientists have made steady progress in uncovering the molecular machinations of several types of enzymes. They are particularly interested in nitrogenase, an enzyme found in soil-dwelling microorganisms, that has a unique ability to break apart nitrogen’s triple bond—one of the strongest bonds in nature. That molecular fracture, which occurs in the buried active core of nitrogenase, produces ammonia.

In the world of commercial chemistry, ammonia is used to make many valuable products, such as fertilizer. But producing ammonia at an industrial scale takes a lot of energy. Much of that energy is spent trying to break nitrogen’s sturdy triple bonds. Figuring out how nature does it so efficiently is key to designing new synthetic catalysts that improve the production process for ammonia and other commercial products.

About two years ago, the team of PNNL and university scientists isolated the elusive molecular structure inside nitrogenase—called the Janus intermediate—that represents the ‘point of no return’ in the production of ammonia. The researchers found that two negatively charged hydrogens, called hydrides, form bridges with two iron ions. Those bridges allow four extra electrons to park inside the core cluster of atoms.

The team’s latest research confirmed the shuffling of electrons within the protein environment, packing in enough energy to break apart the nitrogen bonds and form ammonia. Powerful spectroscopy techniques were used to probe the magnetic interactions between electrons in the enzyme’s metallic core. Those interactions were then correlated with quantum simulations of the enzyme’s transformation to yield the molecular structure of the Janus intermediate.

“The energetics of the electron delivery are amazing,” said Raugei. “When you think of adding electrons into a tiny cluster of atoms, one electron is difficult, two is harder, three is really hard, and to add the fourth is generally considered impossible. But we found that’s how it happens.”

Lance Seefeldt, a professor at Utah State University who holds a joint appointment at PNNL, leads the experimental work for the team’s nitrogenase research. Another key collaborator, and the “mastermind behind the spectroscopy measurements” according to Raugei, is Brian Hoffman from Northwestern University. The team’s most recent findings about nitrogenase were published in the Journal of the American Chemical Society in December 2020.

Ginovska helps direct the day-to-day activities of the group’s postdoctoral researchers working on the project. She credits Raugei with establishing and maintaining connections among the scientific community to spur progress on enzyme research.

“As a theoretical hub, we collaborate with universities and other national laboratories for the experimental aspects of the research,” said Ginovska. “We started with nitrogenase and it grew from there. We are now working on several enzymatic systems. All of that work is feeding into the same knowledge base.”

Karl Mueller, chief science and technology officer for PNNL’s Physical and Computational Sciences Directorate, said nitrogenase is a prime example of the challenging problems that can be tackled at a national laboratory through collaboration between experimental and computational scientists, including university researchers. As the scientists prepare to move into PNNL’s new Energy Sciences Center in the fall of 2021, Raugei is confident the enhanced capabilities and collaborative environment will help the team soon crack the remaining code of how nitrogenase forms ammonia.

“We know that it has to do with adding hydrogen atoms, but how? There are a multitude of possible pathways and that’s what we’re looking into now,” said Raugei. “This is definitely an application where breakthroughs in quantum computing will accelerate our research and elevate our understanding of complex systems.”

As the pace of scientific progress speeds forward, nitrogenase is just one example of how the promise of quantum chemistry, quantum computing, and PNNL’s Energy Sciences Center could help answer the next big question in catalysis.