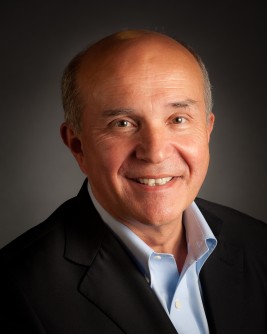 Newswise — Congratulations to Dr. Johannes Lercher, Director of Pacific Northwest National Laboratory's Institute for Integrated Catalysis, on being chosen for the first David Trim and Noel Cant Lectureship. This inaugural award honors two leaders in catalysis research and is sponsored by the Catalysis Society of Australia. As the recipient, Lercher will share his thoughts on fundamental and applied research with scientists and students across Australia.

Lercher received the award for his outstanding scientific achievements on the foundational aspects of industrially relevant catalyzed reactions. His work offers elementary-level insight into the reaction steps that occur on solid catalyst surfaces. This knowledge benefits the design and synthesis of materials that could reduce the cost and waste involved in refining crude oil, manufacturing goods, and producing biofuels. Lercher has also made vital breakthroughs in sorption and catalysis in zeolites and other popular catalysts.

He is Editor-in-Chief of the Journal of Catalysis, the premier publication in the field. He serves as President of the European Federation of Catalysis Societies. He has received numerous awards, including the Eni Award, an international benchmark for research in the field of energy and the environment; the Burwell Lectureship of the North American Catalysis Society; and the Francois Gault Lectureship Award, Europe's highest honor in catalysis.

Lercher accepted the lectureship at the 9th International Conference on Environmental Catalysis in Sydney, Australia in July 2016.