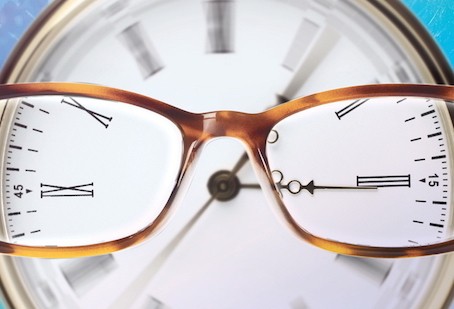 Using data from experiments at SLAC's LCLS X-ray laser, scientists have made a crucial advance in analyzing the motions of molecules to an accuracy of one femtosecond – a millionth of a billionth of a second.

Newswise — Using data from the world’s most powerful X-ray laser at the Department of Energy's SLAC National Accelerator Laboratory, an international team of scientists has made a crucial advance in analyzing ultrafast motions of molecules. They developed a computational method that increases the accuracy of this analysis 300 times – to one femtosecond, which is a millionth of a billionth of a second.

Their work opens up a relatively simple way of determining the sequence of events during ultrafast reactions much more accurately than before, potentially providing new insights into chemical, biochemical, electrochemical and industrial processes.

“This method has what it takes to revolutionize ultrafast science at X-ray laser facilities,” says Robin Santra, co-author of the study published in Nature. Santra is lead scientist at the German research center DESY and head of DESY theory at the Center for Free-Electron Laser Science (CFEL).

Chemical reactions and the motions of biomolecules take place within femtoseconds; one femtosecond is the time it takes light to travel about 2 percent of the width of a human hair.

Here's why: When scientists want to study a particular reaction, they first trigger it using a pulse of optical laser light and then take a snapshot shortly afterwards with an X-ray laser pulse. This process destroys the sample. So to get a snapshot of the next stage of the reaction, they have to trigger it in a new sample and then take an X-ray snapshot at a slightly later point in the reaction. They repeat this process many times and string the snapshots together to create something like a flipbook. But the exact sequence of the X-ray laser snapshots has a timing uncertainty, a fluctuation that experts refer to as "jitter."

“This temporal uncertainty is a curse in many areas of science,” says the study’s principal investigator, Abbas Ourmazd, distinguished professor of physics at the University of Wisconsin-Milwaukee (UWM). “You have lots of data, but no accurate time stamps.”

In order for the snapshots to document the sequence of events during a reaction with femtosecond accuracy, the optical and X-ray lasers must be very precisely synchronized.

“None of the experimental solutions known to us so far has been able to achieve a temporal resolution better than around 14 femtoseconds, and most measurements are limited to 60 femtoseconds or longer,” says Santra, whose team performed quantum mechanical simulations to confirm the results of the study.

Ourmazd and his team have now developed a mathematical algorithm to extract information with a temporal accuracy of one femtosecond from data that have a timing uncertainty of 300 femtoseconds.

Ourmazd and Russell Fung, a UWM senior scientist, built the algorithm by extracting a weak "arrow of time" from the noisy data with corrupt time stamps. The method is analogous to restoring the initial sequence of a deck of cards after it has been heavily shuffled.

"There are some remnants of the original sequence information in the shuffled deck," Fung says.

In the study, the scientists applied the algorithm to data that had been collected in 2010 by a research group led by Philip Bucksbaum, a professor at Stanford and SLAC and director of the Stanford PULSE Institute. Bucksbaum and his team used LCLS to study the dynamics of doubly charged nitrogen ions, which are formed when high-energy cosmic radiation bombards the Earth’s atmosphere. The scientists created these unusual nitrogen ions by firing X-rays at nitrogen molecules. They obtained a large number of snapshots of different vibrational modes that occur in intact and ruptured nitrogen molecules, but the correct order of those snapshots was uncertain.

With the help of their algorithm, Ourmazd and his colleagues have now managed to determine the vibrations of the molecules with an accuracy of one femtosecond, allowing them to reconstruct the dynamic behavior of the nitrogen molecules 300 times more accurately.

Santra and his colleagues at CFEL then carried out quantum mechanical calculations of the processes involved and confirmed the accuracy of one femtosecond. Their calculations also allowed scientists to explain what was causing the vibrations observed in the experiment, what the vibrations mean, and why and when doubly charged nitrogen molecules break apart.

In addition to making the analysis of future experiments more precise, the new technique can also be used to re-examine existing data. The only requirement is that sufficient data be available. This is not easy when it comes to examining three-dimensional structures that require a tremendous number of X-ray exposures to obtain a statistically significant set of data. However, next-generation X-ray lasers such as the European XFEL and SLAC's LCLS-II may help solve this problem by providing rapid-fire pulses.

Ourmazd is hoping to use the algorithm to more accurately calculate the timing of an even wider range of processes. His team sees applications in other sciences involving dynamical histories that are imprecisely known, such as geology, metrology, chemistry, biology and astronomy.

“There’s a treasure trove of information to be had,” Ourmazd says, “and we’ve pried the door open.”

Data used in this study were published in 2010 by James Glownia et al. in Optics Express. LCLS's Ryan Coffee led the experiments that produced the data.

This article is based on press releases from DESY and the University of Wisconsin-Milwaukee.