Seeing ‘Under the Hood’ in Batteries

Illustration of a charging battery. 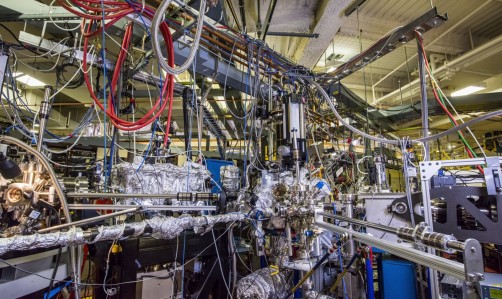 The high-efficiency RIXS system at the Advanced Light Source’s Beamline 8.0.1.

Newswise — From next-gen smartphones to longer-range electric cars and an improved power grid, better batteries are driving tech innovation. And to push batteries beyond their present-day performance, researchers want to see “under the hood” to learn how the individual ingredients of battery materials behave beneath the surface.

This could ultimately lead to battery improvements such as increased capacity and voltage.

But many of the techniques scientists use can only scratch the surface of what’s at work inside batteries, and a high-sensitivity X-ray technique at the U.S. Department of Energy’s Lawrence Berkeley National Laboratory (Berkeley Lab) is attracting a growing group of scientists because it provides a deeper, more precise dive into battery chemistry.

“People are trying to push the operation of batteries beyond what they got before,” said Wanli Yang, a staff scientist at Berkeley Lab’s Advanced Light Source (ALS) who adapted an X-ray technique known as RIXS (resonant inelastic X-ray scattering), for use in ALS experiments focusing on batteries and other energy materials. The ALS produces beams of light ranging from the infrared to X-rays to support a variety of simultaneous experiments that are carried out by researchers from around the world who use the facility.

The technique that Yang adapted for battery research, known as high-efficiency mRIXS (mapping of RIXS), has attracted particular interest from researchers studying designs for electrodes, which are the battery components through which current passes into and out of the battery. Previously, RIXS was known primarily as a tool for exploring fundamental physics in materials, and Yang, working with theorists and others, has helped to apply the technique to new fields of research.

“Scientists were trying to see inside a battery material – not only at the surface, but also in the bulk – to learn about its oxygen atoms and metal states,” Yang said. “Most conventional techniques lack either the depth of probe or the chemical sensitivity that could be offered by mRIXS.”

MRIXS can be used to scan samples of battery electrodes to measure the chemical states of different elements at a specific point in the battery’s charge or discharge cycle. It is effective at measuring popular battery materials, such as those known as “lower transition metal oxides” that can be lighter and more cost-effective than some alternatives.

It can tell researchers whether, and how fully, battery materials are gaining and losing electrons and ions – positively or negatively charged atoms – in a stable way, so they can learn how quickly and why a battery is degrading, for example.

During a battery’s operation, the oxygen atom in a battery electrode can be reduced (gaining electrons) and oxidized (losing electrons), which is known as an “oxygen redox” reaction. Such a change in oxygen states has been found to hamper battery performance in studies of so-called lithium-rich electrodes, which potentially offer more lithium storage and thus higher capacity.

“Changes of the oxygen states could make the battery unsafe and also trigger other side reactions” if the process isn’t reversible, Yang said. “The structure may also collapse.”

The technique works by slowly scanning with X-rays across a sample that chemically preserves a point in the battery charge or discharge cycle. A map scan now takes about three hours to complete per sample – such a full-map scan would take days before the high-efficiency RIXS system was introduced at the ALS.

“The uniqueness of the system here is not only on the data collection time, but its ability to look at unconventional chemical states that typically are not very stable under X-rays,” he said. The improvement in detection efficiency is important in preserving the sample prior to the onset of any damage caused by the X-rays. This is also a technical challenge that can be addressed by future light sources with much improved X-ray brightness, such as the ALS Upgrade (ALS-U) project, and ALS scientists are now working to further improve the detection efficiency.

The technique has been integral to several battery studies published in recent months:

Yang said the growing use of the technique by the battery R&D community is encouraging, and researchers at the ALS are working to build out more capacity for these experiments.

“The demand is increasing extremely fast and the ALS is in the process of developing new RIXS systems with even higher throughput due to this demonstrated capacity and increasing demand,” Yang said.

“Having RIXS introduced into energy materials research is a new thing,” Yang added. “If after 10 years we at the ALS are recognized as the people who pushed a fundamental physics technique for studying batteries and other energy materials, that’s what we should be proud of.

“This is like a new field, and the community was in dire need of such a tool.”

The Advanced Light Source is a U.S. DOE Office of Science user facility.

Caption: Illustration of a charging battery. 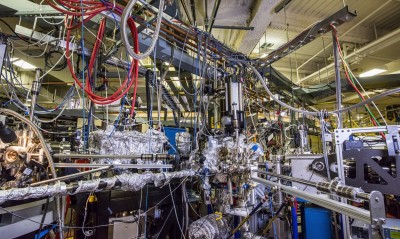