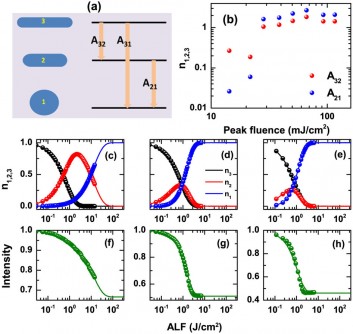 This diagram shows a model consists three distinct transitional states satisfactorily explains the x-ray signal as the nanorod transitions to its intermediate state and then on to its final nanosphere state. The data was collected using laser and x-ray source at the 7-ID beamline of the Advanced Photon Source. 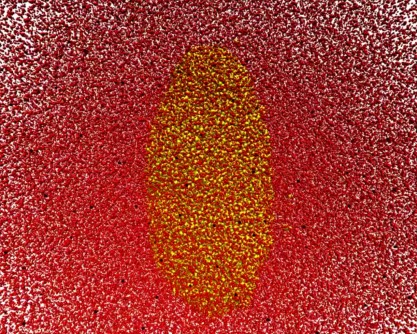 Using factors such as the shape, temperature and rate of change, Argonne’s Mira supercomputer reconstructs and simulates the movement of nearly 2 million atoms as they vibrate and move during the transition from nanorod to nanosphereoid.

Argonne researcher Yuelin Li holds a sample holder containing a single gold nanorod in water. Li and colleagues discovered that nanorods melt in three distinct phases when grouped in large ensembles. Their research will inform the creation of next-generation technologies such as water purification systems, battery materials and cancer research

Newswise — Argonne, Ill. -- Researchers at the U.S. Department of Energy’s Argonne National Laboratory have revealed previously unobserved behaviors that show how details of the transfer of heat at the nanoscale causes nanoparticles to change shape in ensembles.

The new findings depict three distinct stages of evolution in groups of gold nanorods from the initial rod-shape to the intermediate-shape to a sphere-shaped nanoparticle. The research suggests new rules for the behavior of nanorod ensembles, providing insights into how to increase heat-transfer efficiency in a nanoscale system.

At the nanoscale, individual gold nanorods have unique electronic, thermal and optical properties. Understanding these properties and managing how collections these elongated nanoparticles absorb and release this energy as heat will drive new research in the creation of next-generation technologies such as water purification systems, battery materials and cancer research.

“We started with a lot of questions," said Argonne physicist Yuelin Li, "like ‘How much power can the particles sustain before losing functionality? How do individual changes at the nanoscale affect the overall functionality? How much heat is released to the surrounding area?’ Because each nanorod is continuously undergoing a change in shape when heated beyond melting temperature, that means a change in the surface area, and thus a change in its thermal and hydrodynamic properties.”

The researchers used a laser to heat the nanoparticles and X-rays to analyze their changing shapes. Generally, nanorods transition into nanospheres more quickly when supplied with a higher intensity of laser power. In this case, completely different ensemble behaviors were observed when this intensity increased incrementally. The intensity of the heat applied changes not only the nanoparticles’ shape at various rates but also affects their ability to efficiently absorb and release heat.

“For us, the key was to understand just how efficient the nanorods were at transferring light into heat in many different scenarios,” said nanoscientist Subramanian Sankaranarayanan of Argonne’s Center for Nanoscale Materials. “Then we had to determine the physics behind how heat was transferred and all the different ways these nanorods could transition into nanospheres.”

To observe how the rod makes this transition, researchers first shine a laser pulse at the nanorod suspended in a water solution at Argonne’s Advanced Photon Source. The laser lasts for less than a hundred femtoseconds, nearly one trillion times faster than a blink of the eye. What follows is a series of focused and rapid X-ray bursts using a technique called small angle X-ray scattering. The resulting data is used to determine the average shape of the particle as it changes over time.

In this way, scientists can reconstruct the minute changes occurring in the shape of the nanorod. However, to understand the physics underlying this phenomenon, the researchers needed to look deeper at how individual atoms vibrate and move during the transition. For this, they turned to the field of molecular dynamics using the supercomputing power of the 10-petaflop Mira supercomputer at the Argonne Leadership Computing Facility.

Mira used mathematical equations to pinpoint the individual movements of nearly two million of the nanorods' atoms in the water. Using factors such as the shape, temperature and rate of change, the researchers built simulations of the nanorod in many different scenarios to see how the structure changes over time.

“In the end,” said Sankaranarayanan, "we discovered the heat transfer rates for shorter but wider nanospheres are lower than for their rod-shaped predecessors. This decrease in heat transfer efficiency at the nanoscale plays a key role in accelerating the transition from rod to sphere when heated beyond the melting temperature."

The Advanced Photon Source, Center for Nanoscale Materials and Argonne Leadership Computing Facility are all DOE Office of Science User Facilities. Part of the project was conducted using computing time at the ALCF through the DOE Office of Science’s Innovative and Novel Computational Impact on Theory and Experiment (INCITE) program.

The paper, "Femtosecond Laser Pulse Driven Melting in Gold Nanorod Aqueous Colloidal Suspension: Identification of a Transition from Stretched to Exponential Kinetics," was published in the January 2015 issue of Scientific Reports.

In addition to Li and Sankaranarayanan, other authors of the paper are Zhang Jiang, Xiao-Min Lin, Haidan Wen, Donald A. Walko, Sanket A. Deshmukh, Ram Subbaraman, Stephen K. Gray and Phay Ho of Argonne.

Argonne National Laboratory seeks solutions to pressing national problems in science and technology. The nation's first national laboratory, Argonne conducts leading-edge basic and applied scientific research in virtually every scientific discipline. Argonne researchers work closely with researchers from hundreds of companies, universities, and federal, state and municipal agencies to help them solve their specific problems, advance America's scientific leadership and prepare the nation for a better future. With employees from more than 60 nations. Argonne is supported by the Office of Science of the U.S. Department of Energy. The Office of Science is the single largest supporter of basic research in the physical sciences in the United States, and is working to address some of the most pressing challenges of our time. For more information, please visit science.energy.gov. 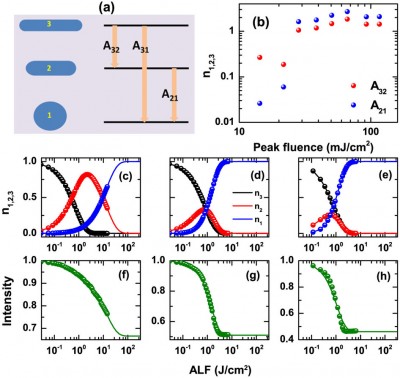 Caption: This diagram shows a model consists three distinct transitional states satisfactorily explains the x-ray signal as the nanorod transitions to its intermediate state and then on to its final nanosphere state. The data was collected using laser and x-ray source at the 7-ID beamline of the Advanced Photon Source. 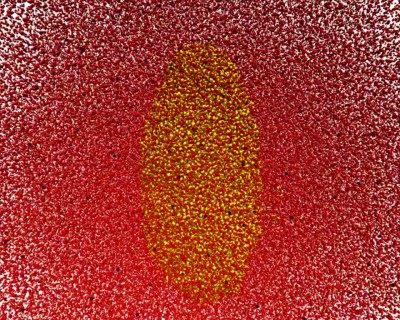 Caption: Using factors such as the shape, temperature and rate of change, Argonne’s Mira supercomputer reconstructs and simulates the movement of nearly 2 million atoms as they vibrate and move during the transition from nanorod to nanosphereoid.